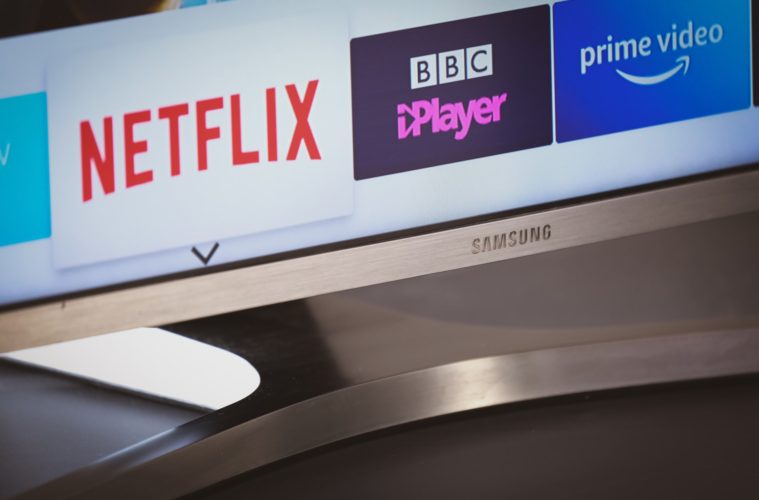 Everything I Know About Love: an unabashed portrayal of the twenty-something years

Your twenties can feel like the best of times and the worst of times. Best of times when you’re living up your youth and embracing a lack of serious responsibilities. Worst of times when you’re trying to figure out what the hell it is you’re doing with that thing called life. Award-winning author, journalist, producer and screenwriter Dolly Alderton knows this all too well. She documented her lived experience of the twenty-something years in her 2018 memoir, Everything I Know About Love.

Following her book’s resounding success, the memoir of Dolly Alderton has since been adapted into a major BBC TV series under the same title. It pairs real life with fiction (for added entertainment, of course) and authentically sheds light on what it’s like transitioning into these early years of adulthood in the world today.

So, if you’re looking for a show with all the feels, here’s a run down of the plot, characters and its message to viewers.

In the TV adaptation of Everything I Know About Love, we follow the protagonist Maggie and her group of female friends. Set in 2012, when Dolly Alderton was of a similar age. Maggie is attached at the hip to her childhood friend Birdy, both of who grew up together and followed each other to university. Despite their wildly different approaches to life, their bond is sustained by seemingly unconditional love.

After finishing their uni years, Maggie and Birdy recruit their fellow graduate pals, Nell and Amara, to join them in a house share in London. It’s this chapter in their lives that serves as the show’s starting point.

This friendship group is charmingly diverse, each character offering the viewer a storyline of potential resonance. In the group’s totality, they reflect the numerous universal experiences that can be found amongst twenty-somethings. Specifically, the love, heartbreak, chaos, friendship, betrayal and total confusion these years often contain.

Nell seems fairly happy in her teaching career. But despite seeming relatively content in her job, she appears a little too settled in her romantic relationship. And from the very first episode, the disatissfaction she feels in this relationship is visible.

Over the course of the series, we watch as Nell’s dissatisfaction grows stronger until eventually, she chooses to abandon her relationship’s sweetheart origin story. Nell’s story reflects one afflicting many young adults. Those who struggle to let go of their teen romance when they realise they’ve outgrown each other.

Although her eventual affair with a married work colleague is perhaps a less universal experience, the show tugs on viewers’ heartstrings as they watch Nell struggle to come to terms with her realisation. This is a subplot that’s not only sure to resonate with countless viewers, but also reassure them as they bond with Nell over a common shared experience.

Amara’s narrative offers insight into an alternative but equally relatable experience. Amara has long dreamed of becoming a dancer, a profession with a short shelf-life, but reality eventually pushes her down a different career path.

After experiencing racism in the dance industry and facing countless rejections, she abandons her dream in favour of a stable job. Everything I Know About Love paints Amara’s storyline sympathetically and shows the struggle that often ensues.

Amara is clearly troubled by feelings of failure for letting go of her dream, even though this couldn’t be further from the truth. Because unless you’re made of money and stone, pursuing your dreams is often an unrelenting tough gig.

Eventually Amara does resume her passion for dancing and boldly quits her job after a motivational chat with her dance teacher. She even starts auditioning again, and starts to think she’s got one role in the bag. In any other show, Amara would probably get that job and make a heroic comeback. But Alderton’s show is unafraid to depict these often brutal realities. As such, Amara faces yet another rejection.

Staying loyal to real life, Amara’s plot is one of struggle and comfort. Struggle in life’s harsh realities, comfort in the knowledge that life is full of setbacks for everyone. But that doesn’t mean it’s devoid of hope.

When we first meet Birdy, she’s the character who spends a good portion of time overthinking her non-existent dating history. Desperate to meet someone, her best friend Maggie flippantly passes Birdy’s number onto an acquaintance called Nathan.

After one date with said acquaintance, Birdy’s dating life makes a complete U-turn. Things with Nathan get serious quickly, and Birdy starts to disappear.

It’s often the chase that many people’s first relationship is the most intense. They tend to go MIA for some time as they become entangled with their new partner. And this tends to follow regardless of age. But this sudden change in a person’s behaviour can lead to conflict and friends feeling abandoned. Outsiders to the relationship watch their friend fade away, certain they’ve found The One.

And Birdy’s relationship is no exception. Her new relationship changes how she sees her best friend Maggie until eventually, she pulls away altogether. Watching a friendship slowly breakdown is undeniably tough to watch. You find yourself wanting to shake Birdy and shout “Wake up!”. Make her realise that a romantic relationship isn’t a substitute for platonic friendship, that they need to coexist.

Admittedly, you can’t help but see where Birdy’s coming from. Maggie, who is the protagonist of the show, and also presumably based on Dolly Alderton, is kinda chaotic. And as she enters an unfamiliar world where her best friend isn’t always around, she sort of doesn’t know how to cope. She becomes unhinged like never before, which in fairness, is probably too much responsibility for a friend like Birdy to take on alone.

Maggie goes through the seven stages of grief watching Birdy’s relationship develop. She often makes matters worse for herself, but you can’t help but sympathise with her. She’s convinced herself she’s unlovable and a letdown to her parents.

Things vaguely start to pick up for Maggie after her own movie-plot moment, where she’s given a “shot” working on a major reality TV show after a chance encounter. But she’s still afflicted by deep-seated feelings of dissatisfaction. Maggie’s character is complex, and by no means perfect. She can be obtuse, selfish and careless at times, but her heart is often in the right place.

Watching Birdy pull away from their friendship is heart-wrenching. It plunges both characters into an entirely new way of life whereby neither seem fully happy without the other. But even though season 1 ends unresolved between the two, if the show makes it to a second season, I’m hopeful we’ll see a reconciliation.

The twenty-somethings, Dolly Alderton and Everything I Know About Love | Conclusion

Everything I Know About Love can be a tough watch at times. It often elicits feelings a little too close to home, which provide a sobering reality to viewers. But it’s because of this that the show is successful in capturing the twenty-somethings transitional period in such a messy but relatable way. And personally, I think Dolly Alderton really did something with this. Here’s hoping for Everything I Know About Love season 2.