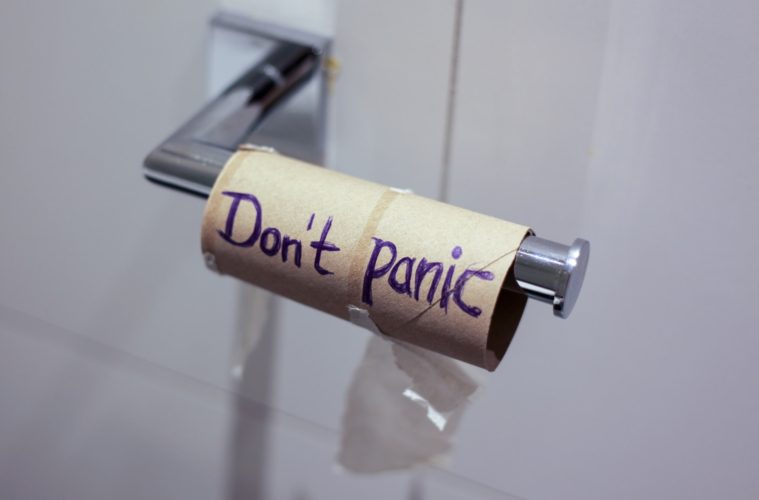 One in five students would rather never go out again, than have to live with someone with bad bathroom habits.

Over half of UK students (52 per cent) state they have lived with someone who has bad bathroom habits, yet interestingly, less than three in ten (27 per cent) would describe themselves as having them. Among those, unflushed toilets (35 per cent), hair in the sink (24 per cent) and wet floors (24 per cent) came out on top as the worst pet peeves.

The study of 1,000 students, unveiled the issues bad bathroom habits have led to, with a quarter of students (25 per cent) revealing they have fallen out with a friend, and 15 per cent falling out with a family member because of them.

In London (22 per cent) have fallen out with friends the most, followed by students in:

Additionally, one in ten (10 per cent) of students disclosed they have kicked a flatmate out due to their poor bathroom habits (savage), with one in five (21 per cent) even going as far as to expressing they would rather never go on a night out again than have to live with someone with bad bathroom habits. Bad news for VK market share and Love Island meet and greets.

A bathroom rota may be the way for some, with nearly a third (32 per cent) admitting to using one. However, cleanliness still appears to be a problem for many. One in ten students (12 per cent) admit they only clean their bathroom once a month, and a further 9 per cent of students state they have never cleaned their bathroom – even though experts recommend the space should be cleaned once a week. In the words of Eric Effiong (Ncuti Gatwa) ‘wash your bathroom you detty pigs’.

The study also looked into the extent students have gone to stock up their bathrooms, with shampoo (18 per cent) being the most stolen item from another dorm room or student, followed by shower gel (15 per cent) and deodorant (13 per cent). Yes, stockpiling was a thing before the pandemic. Who would’ve thought?! However, dorm rooms are not the only places students are using to stock up their bathrooms, as the new study has shown that 30 per cent of students have also taken toilet rolls from public places, such as the library, restaurants and even their university… and yes, this was happening before the cost of living crisis.

“For many people, the university is the first time they are moving out of their family homes to live with other people, so there is no doubt students encounter different bathroom habits that they may not be accustomed. The research is a fun way of identifying students’ pet peeves when it comes to bathrooms and in the same breath, a small self-reflection exercise because (at one point or another) we have all exhibited some bathroom habits that are normal to us but questionable to others.”