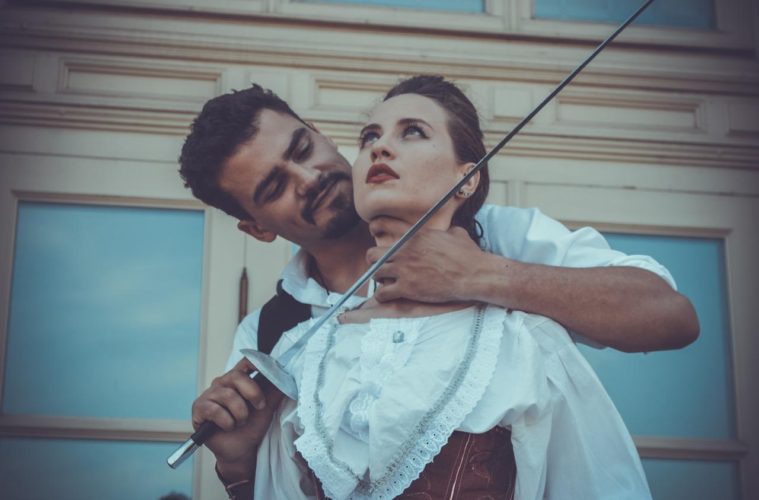 Women In Film Get Brushed Aside And It Needs To Stop

I recently watched the 2016 Arabic thriller The Worthy on Netflix, and while I enjoyed watching the film it reignited one of my pet peeves.  What irritates me is when intelligent, practical, and physically capable women are side lined in order to make way for plucky young men who need to grow into strong leaders.  Too often female characters are left under developed or become a damsel in distress.

The Worthy takes place in a dystopian world where most water has become undrinkable.  The film follows a small group of survivors who have created a camp at an abandoned factory with a clean water supply.  Everything is well until the leader/founder of the camp Shoaib (Samer Al Masry) decides to let in two strangers.  It’s an intriguing premise, right?

SPOILERS FOR THE WORTHY AHEAD

What annoyed me was the treatment of Shoaib’s two children.  His son, Eissa (Mahmoud Al Atrash), is shown to perform various roles.  He acts as a lookout and as a sniper to protect the camp.  Meanwhile, his sister, Maryam (Rakeen Saad), is eager to be given more responsibility but she is dismissed.  Despite being told that  ‘no one is more capable’ than her, Maryam’s demand to accompany her father is brushed aside with him saying that he needs her to ‘stay inside and look after the others.’

This is really irksome as so often in film the job of staying behind and looking after others is used as a means to placate a character (usually female characters) and dissuade them from trying to participate in anything dangerous that is deemed to be ‘too much’ for them to handle by men.  It is extremely patronising and reinforces the stereotype that a woman’s role is to serve others.

Maryam is also one of the only characters to express her wariness of Mussa (Samer Ismail) the new arrival in the camp.  However, when she expresses her concerns to her brother, Eissa immediately shuts her down blinded by the fact that Mussa saved their father and unwilling to even consider that he might not be trustworthy.  Of course Maryam is proven right when Mussa stabs their father and threatens to hunt them down.  Eissa flies into a rage trying to go after Mussa; it is Maryam who keeps a cool head and calms Eissa down.  When her father is dying Maryam shows remarkable control, while Eissa is shown to be more hot-headed and emotional.  Guess who becomes leader of the camp? Eissa.

What’s more frustrating is that Maryam is put on the back burner even more when her boyfriend is injured.  She spends the majority of the rest of the film nursing him and refusing to leave his side.  While it is understandable that you would be concerned for your partner, this seems like lazy writing to me.  It’s as though they didn’t know what to do with her character and so relegated her to ‘nurse.’

Then, at the climax of the film, Maryam is reduced to a damsel in distress.  Eissa finds Maryam and Mussa standing on either end of a giant see saw.  Maryam has a noose around her neck, so if the see saw tips too much she will be hanged.  Eissa must defeat Mussa without strangling his sister in the process.  Eissa starts fighting Mussa and ends up hanging from the see saw to keep it balanced for Maryam, providing an opening for Mussa to attack him.  Seeing her brother’s situation Maryam removes herself from the equation by stepping off the see saw and hanging herself.  It’s a moving sacrifice, but narratively the whole sequence seems unnecessary.

Firstly, how the hell did Mussa create this see saw in the first place? I know with films you have to allow for some suspension of disbelief but considering the gritty realism of the rest of the film it’s strange.  The climactic fight could have been more interesting if Maryam  played an offensive role rather than the damsel in distress. Even better if Gulbin (Maisa Abd Elhadi), one of the other female characters who is also Mussa’s accomplice got in on the action too.   Gulbin is shown to be capable in a fight afterwards, so why not reveal her true identity and skills sooner?  Even Raya (Ruba Blal) someone we are told is also one of the strong female characters sacrifices herself before she can do anything substantial.

All this is not to say that The Worthy isn’t a good film.  I thought the acting was great, with Samer Ismail’s Mussa being a standout.  I also liked the fight choreography and simplicity of the setting.  There are just many films that don’t always do their female characters justice.  Another example that is frustrating to watch is the Japanese anime Bleach.  Bleach is a supernatural action anime and part of the big 3.  It follows Ichigo Kurasaki, voiced by Masakazu Morita, a teenager who has the ability to see and interact with ghosts.  Aside from the spirits pestering him for attention, Ichigo is able to live life pretty normally, until his family is attacked by a hollow−a malicious spirit.  To save his family Ichigo becomes a soul reaper and starts using his newfound abilities to help people.

SPOILERS FOR BLEACH AHEAD

Although Ichigo is the protagonist, Bleach comes to have a pretty big ensemble cast of interesting characters.  Two of these characters are Rukia Kuchiki (Fumiko Orikasa), a soul reaper who lends Ichigo her powers, and Orihime Inoue (Yuki Matsuoka) one of Ichigo’s friends.  Rukia is presented a being pretty bad ass, but then has to lend Ichigo her powers, crippling herself.  She still does as much as she can.  Narratively this is an interesting plot point, so I don’t hate it.

At the end of season 1, Rukia is taken back to Soul Society to be judged at a trial and most likely sentenced to death.  What’s maddening is that throughout season 2 and 3, Rukia is left imprisoned and is simply a damsel in distress for Ichigo to save.   She has little agency and barely puts up a fight and resigning herself to death.  Luckily Rukia lives, but it is only due to the decisions made by the men around her.

Then we have Orihime, whose circumstances are more infuriating than Rukia’s.  Orihime awakens a special power, which she uses to help save Rukia in seasons 2 and 3.  Orihime is able to reject phenomena allowing her to attack her foes, create shields to protect her allies, and heal her friends.  She has one of the most interesting and versatile powers in the series.  Yet, in season 7 and 8 Orihime is trapped in Hueco Mundo the Hollow dimension and like Rukia has to be rescued by Ichigo.

This time it’s actually written into the story that Orihime’s will fight back is destroyed by one of the antagonists.  That can easily be interpreted as the mangaka not wanting to give her anything meaningful to do, and creating an easy way of avoiding her character.  Again, one of the only female characters in the series is reduced to a mere damsel in distress.  Someone to save to make the protagonist look good.

Again, I love Bleach I’ve watched it multiple times (which is saying something considering how many episodes there are!) I just wish more care would be given to female characters.  Show women taking meaningful action rather than being a damsel in distress waiting for a man to save them.  Don’t just shove them into a story to make a male protagonist look strong.

And so many more.