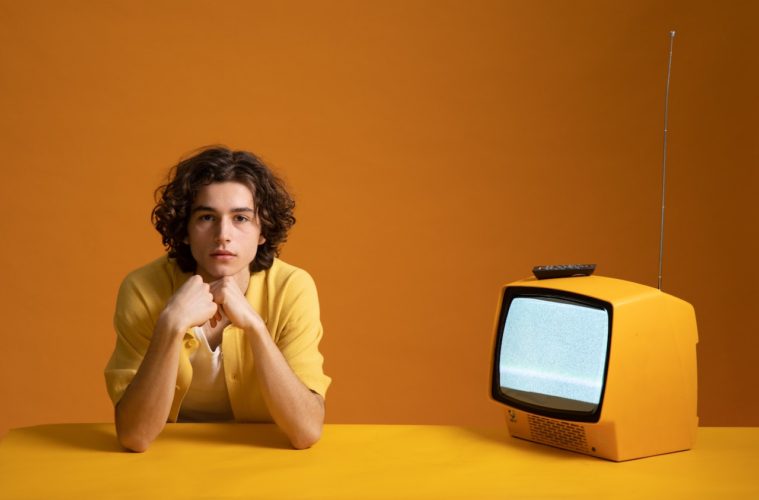 A major aspect companies have to consider is how they’re going to advertise. While some companies choose to create standard adverts that simply let viewers know what they do or sell, others try to get more creative.  Some companies are more successful than others at producing engaging and entertaining adverts that also convey the message they want.  It’s these adverts that everyone remembers years later, friends of mine still talk about the John Lewis Christmas adverts, for example. Here are some of the best British adverts of all time.

A gorilla playing the drums sounds like the culmination of some sort of science experiment.  It is probably not what you would think of when making adverts to convince people to buy chocolate.  Well, Cadbury’s who are known for going all out for their British adverts certainly changed that. Director Juan Cabral decided that a gorilla showing of his musical talents to Phil Collins’s In The Air Tonight was the perfect embodiment of Cadbury’s slogan ‘a glass and a half full of joy.’  Turns out he was right as sales improved by 9% and the ad was voted the nation’s favourite by a public vote.  This cements it as one of the Best British Adverts ever.

These British adverts started in 1996 and continued for over twenty years.  The mascot for the brand was decided by a staff competition.  The result was the easily identifiable British bulldog.  This led to the quintessentially British adverts we have today.  They started with a simple premise with the Churchill bulldog being asked questions about insurance and him replying with his catch phrase ‘oh yes.’ He was voiced by the great comedian Bob Mortimer making the insurance mascot even more recognisable.  Even after twenty years all you have to do is say ‘oh yes’ and people will instantly link it back to Churchill Insurance.  Surely, a life of more than two decades makes these some of the best British adverts.

The Secret Lemonade Drinker adverts compiled R Whites most famous advertising campaign.  These great British adverts were first released in 1973 and continued until 1984.  The campaign was created by Rod Allen and the adverts starred Julian Chagrin as a man sneaking downstairs in the middle of the night to secretly drink R Whites lemonade.  The adverts featured an original song written and performed by Ross MacManus, father of Elvis Costello, with backing vocals by his son.  MacManus’s song became the most recognisable thing about the adverts, even now you can’t get it out of your head once you hear it.

The Yellow Pages team came up with a very creative advertisement for something that, let’s be honest, was pretty boring.  The adverts showed the journey of an elderly gentleman going from bookshop to bookshop in search of ‘Fly Fishing by JR Hartley,’ but none of them have it.  After searching all day he’s about to give up when his daughter gives him the yellow pages.  He phones around and finally manages to find the book and in a sweet twist it is revealed that he is JR Hartley.  The Yellow Pages advert came fifth in a poll to decide what was the most popular British advert in 2015.  One of the sweetest and best British adverts.

In 2019 Greggs released a £1 vegan sausage roll.  Despite the vegan snack being so cheap, Greggs put a lot of effort into advertising the new product.  The Greggs marketing team created an advert in Apple’s signature sleek style, showing all the specs and upgrades the vegan sausage roll had.  Vegan sausage rolls were even sent to people in packaging that was almost identical to Apple’s own phone packaging.  The video was a hit on YouTube with people greatly appreciating the parody and the boldness Greggs showed.  Greggs have become adept at utilising social media to their advantage to advertise their products, not shying away from making their voices heard on twitter.  But what got them really noticed initially was the brilliant Apple parody that easily makes them worthy of the best British adverts hall of fame.

Snickers’ marketing team definitely knew what they were doing when they pitched this advertising campaign.  Take one of the best characters to come from British television and use him to create one of the best British adverts ever.  The advert follows a group of ninjas deftly and silently leaping across rooftops; lagging behind is the character we all know and love, Mr Bean.  Unfortunately, Mr Bean isn’t as skilled as the others and ends up falling through the roof.  He is quickly surrounded by the enemy. Just as all seems to be lost, one of Mr Bean’s companions passes him a Snickers bar and he immediately becomes a skilled ninja like the rest of them.  This is followed by the slogan ‘you’re not you when you’re hungry.’

The adverts cleverly use nostalgia, both by featuring Mr Bean a beloved British icon and by recreating the style of older martial arts films.  Plus, Mr Bean has universal appeal as a silent character broadening the products reach.  Snickers adverts are both entertaining and clever.

Once again Cadbury’s unconventional British adverts are raising eyebrows.  After the success of Gorilla a couple of years prior, Cadbury’s launched another advertising campaign in 2009.  This one was even more popular – and just as odd.  One of the Best British Adverts at the time, Eyebrows features two children waiting to have their picture taken.  When the photographer has to step out for a second, the children take advantage of the moment to have some fun. They do this by making their eyebrows dance to Freestyle’s Don’t Stop The Rock.  The Adverts made such an impact that they got their own news story and were parodied on several TV programmes.  The Advert was viewed several million time on YouTube in just the first 3 weeks and inspired many viewers to upload their own videos trying to recreate the iconic dance.