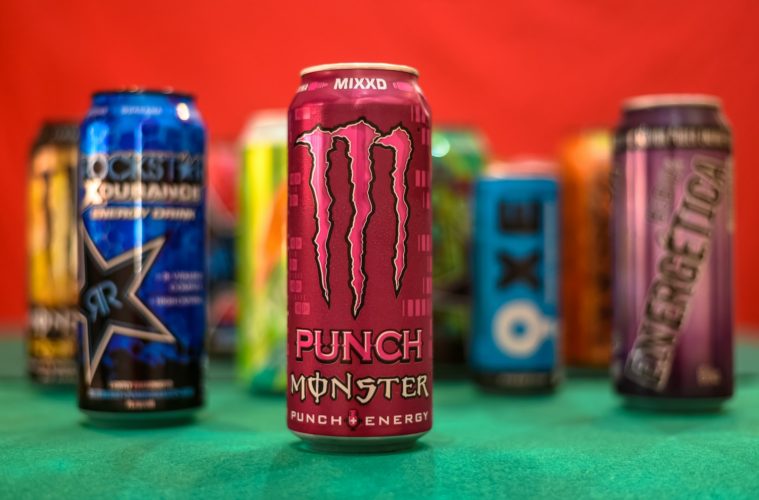 Are Energy Drinks As Bad As People Say?

I’m sure we’ve all reached for an energy drink at one time or another.  They are often used by students to help with studying, and late nights revising for exams.  But do they actually help improve your energy levels and stop you being tired, or are they bad for you? Do they work, or simply increase your caffeine and sugar levels by an unhealthy amount?

So, What Are Energy Drinks?

Energy drinks are drinks that contain substances that supposedly increase your energy levels and improve mental and physical performance.  They achieve this by containing ingredients that act as stimulants, predominantly caffeine and sugar.

What Do They Do?

Energy drinks increase performance due to the inclusion of caffeine, which is a natural stimulant.  It works by stimulating the central nervous system; this prevents tiredness setting in and helps to keep you more alert.  Caffeine is one of the most used ingredients in the world, with about 80% of the world’s population consuming products containing caffeine daily.  This, of course, includes energy drinks, which contain anywhere between 70mg and 240mg of caffeine in each serving.  They also contain high amounts of sugar, B vitamins-which help your body convert food to useable energy-amino acid derivatives, and herbal extracts.  In driving simulation studies it was found that energy drinks can improve the quality of participants’ driving and reduce sleepiness, even in those who had been sleep-deprived.

Are They Bad For You?

Although if drunk in moderation energy drinks aren’t inherently bad for you, consuming them often is extremely unhealthy and can have significant effects on your body.  One of the main concerns surrounding energy drink consumption is the effect they can have on the heart.  Studies have shown that they can cause heart palpitations, heart rhythm disturbances, and increase blood pressure and heart rate.  This is thought to be due to the excessive amounts of caffeine being consumed.  As mentioned, just one drink can contain up to 240mg of caffeine, that’s more than double the amount found in your average cup of coffee.  It’s also over twice the limit recommended for 12–18-year-olds.  They are also not recommended for people with pre-existing heart conditions, for obvious reasons.

The amount of sugar included is also unhealthy.  Just one 250ml can of Red Bull contains 7 teaspoons of sugar.  Women are only recommended to consume up to 6 teaspoons of sugar a day and men up to 9.  Consuming any products with those kinds of sugar levels is very unhealthy.  This is especially true for those who have trouble sustaining their blood sugar levels or have diabetes.  One study was able to correlate drinking two high sugar content beverages a day with a 26% risk of developing type 2 diabetes.

Why Shouldn’t You Mix Them With Alcohol?

Many people, particularly young people and students, like to mix energy drinks with alcohol on a night out.  This is a bad idea.  Caffeine is a stimulant while alcohols are depressives.  When you mix them together the stimulating effects of the caffeine in the energy drink cancels out the effects of the alcohol, making you feel less drunk.  However, you still experience the impairments associated with alcohol.  It also means you are liable to drink more as you don’t feel as drunk as you truly are.  This is very dangerous.  A study on 403 Australian young adults found that they were almost 6 times more likely to experience heart palpitations when they drank alcohol and energy drinks together than when they drank just alcohol alone.

The short answer is yes.  Drinking too many too often or in a short period of time is undoubtedly unhealthy and bad for you.  It can also contribute to conditions that could kill you.  A 2016 study conducted on healthy participants demonstrated that drinking a 32oz energy drink for 3 consecutive days increased participants’ cardiac QT intervals. This means the time it took for their heart muscles to contract and then recover became longer.  This is something that is associated with sudden death.  As of 2019 the US Food and Drug Administration reported that 34 deaths had been attributed to energy drinks.  This warranted an investigation into their safety.  Deaths due to the excessive consumption of energy drinks have been reported as recently as April 2022.  A six-year-old boy accidentally drank a glass of Monster and sadly slipped into a coma and died.

This is not to say that people shouldn’t drink energy drinks.  While unhealthy and bad for you if drunk often and in excess, the odd one here and there to help you stay alert and improve your performance.  The Point is to make sure you and your friends are careful and drink them responsibly.  Drinking the odd energy drink now and then is very unlikely to hurt you in any way.  It’s just best not to make it a daily habit and be aware of the pros and cons.