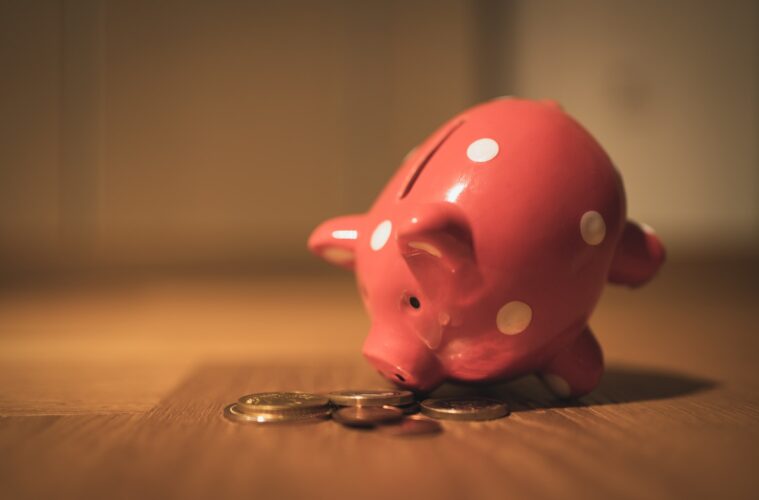 Cost-of-living round up – and what to expect next week

Key stats of the week

The cost-of-living headlines this week

“Cost-of-living headwinds have shown up in a raft of corporate results as consumers stretch their budgets. At Primark, customers have been stocking up on warm winter wear to replace expensive heating and Snuddies (snuggly blankets in clothing form) are the fashion trend of the season.

Marks and Spencer has shown that customers can be persuaded to spend on fashion if the offer is right, but it has been hit with higher energy and labour costs, and has warned of difficult times ahead. The fall of Made.com demonstrates just how tough it is for a furniture retailer in this current climate.”

“This week it emerged how close millions of people are to the edge. The Money and Pensions Service revealed that a quarter of us have less than £100 in savings. Meanwhile, Kantar found record rises in the price of food, adding £682 to the annual shopping bills, and making life even harder.

On the plus side, it demonstrated just how we’ve changed our spending habits to cope – with a 42% rise in spending on budget ranges, and a switch to the discount supermarkets that saw their market share hit 16.4%. Meanwhile, speculation rages as to the possible tax hikes in the Budget that could pile on extra misery. The one ray of light is that it’s looking increasingly like we’ll get the inflationary uplifts in state pensions and benefits that are so badly needed.”

“After weeks of speculation there are rumours this week that the Prime Minister will increase state pensions and other benefits in line with inflation next year. This comes after a feverish few weeks, where senior figures refused to confirm or deny whether government would go with an inflationary increase or opt for something else.

According to reports Sunak is keen the Autumn Statement is seen as fair and compassionate though this will come at an estimated cost of £11bn. The news will be greeted with a sigh of relief by many who have seen their budgets squeezed by rising bills. However, if it happens it will continue to fuel the debate but about the long-term affordability of the state pension triple lock.“

List of the week: Six changes we want to see in the Autumn Statement

Explainer of the week: Fiscal drag

Stealth taxes that exploit fiscal drag could be some of the most powerful tools Jeremy Hunt has tucked away in the red box. Essentially all this means is that income or assets grow faster than inflation, so the government takes a bigger chunk of them.

A huge array of tax thresholds have been frozen to 2025/2026 and there’s every expectation they’ll be frozen for another couple of years.

They’re hugely valuable to the government, because they’re a tax on cash we don’t yet have, so we don’t notice the impact as much, so there’s less likely to be a political price to pay. Meanwhile, they’re a huge money-spinner: the government is expected to make £30 billion a year from fiscal drag, even before it extends the freeze.

What to expect next week

“All eyes will be on the Autumn Statement next week, and nobody is expecting good news for our pockets. No tax rise seems to have escaped speculation – and there’s a new focus on higher taxes for higher earners. While freezes in tax thresholds seem highly likely, everything else is up for grabs. Meanwhile, we’ll get updated inflation figures which will highlight just how badly we’re being squeezed – and where those price rises are hurting the most.

Jobs figures will be published on Tuesday too – although unemployment tends to be a lag indicator, so we may see early signs of a weaker labour market, but we won’t see the impact of recessionary pressures just yet.”

“A move to make the wealthier pay more tax in the Autumn Statement shouldn’t sway the fortunes of Burberry too much. Its well-heeled customer base is more immune to cost-of-living headwinds. But in China, there are signs that richer shoppers may be more cautious which could see a swing away from super-expensive watches or jewellery. Premier Foods will let us know if its larder of brands has been hit by customers tightening the purse strings and trading down. Cupboard staples should be resilient, and nostalgia brands like Bisto gravy, Ambrosia custard and Mr Kipling cakes may also stay favourites, as we comfort eat at home instead of heading out. “

“The Chancellor will deliver an Autumn Statement designed to help plug a black hole in public finances estimated at £50bn. There has been speculation that the state pension triple lock could be a casualty of the cost-cutting drive, but rumours suggest this won’t happen – although given the back and forth of recent weeks nothing can be ruled out.

However, if the triple lock is retained there’s still a chance the axe will swing on other parts of pensions and we could see a further freeze on tax allowances such as the lifetime allowance. A freeze might not seem like a bad option but over time it means more and more people get caught out which can complicate retirement planning.”