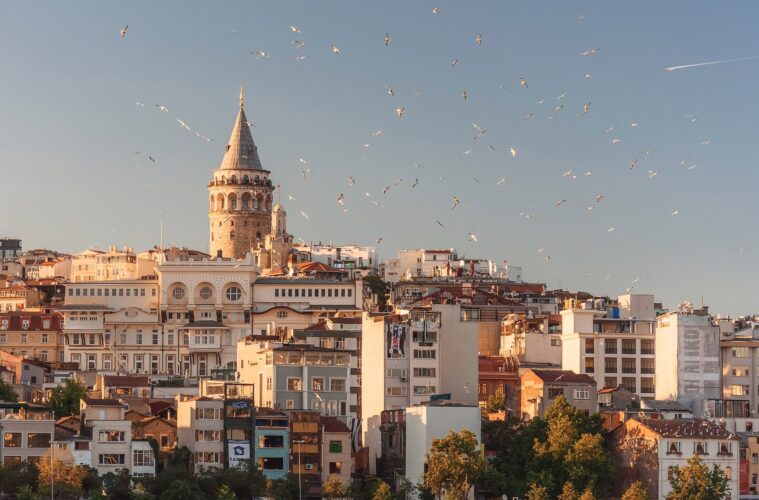 Turkish real estate market in the summer 2022 – trends and sales

Turkish property has attracted the attention of foreign buyers for many years. Warm climate, luxurious beaches, picturesque nature, high standard of living and good ROI are the main advantages of the Republic of Turkey, contributing to the active growth in the popularity of housing purchases. Despite the difficult geopolitical and economic situation on the world stage, inflation and rising property prices of investment property in Turkey, the interest of investors does not fade away. And some factors, on the contrary, become a trigger, stimulating foreigners to make a quick decision to buy property, which is confirmed by the monthly reports of the TÜİK statistics institute.

How the Turkish property market has developed, read about the dynamics of sales over the past three months, prospects and forecasts in this article.

In June, 150,509 housing purchases were concluded in Turkey. Compared to the same month last year, the number of sold properties increased by 11.7%. The leaders in the number of houses and apartments sold were:

According to TÜİK, during the period from January to June, sales increased by 31.4% compared to this period in 2021. A total of 726,298 residential real estate transactions were concluded.

A total of 44,732 properties were purchased. This figure is higher by 11.6% than in June last year. Primary sales accounted for 29.7% of the total volume of concluded deals.

In the first half of 2022, the number of transactions concluded with foreign citizens increased by 72.7% (total 35,383 units), compared to the same period last year.

People bought 93,902 residential properties in July in the republic.

Statistics show a 12.9% decrease in real estate transactions in July 2022 compared to this month in 2021.

The largest number of transactions was recorded in:

During the period January-July, the number of transactions increased by 24.2% (total 820,300 housings), compared with the same period last year.

First hand, 28,688 apartments were purchased in July, which confirms a decrease in sales of 12.2% compared to this month in 2021. In the total volume of concluded transactions, primary housing accounted for 30.6%. The number of housings sold in the primary market for the first seven months of this year increased by 18.2% (237,139 units) than in the same period last year.

The number of secondary deals decreased by 13.2% compared to this month last year – 65,214 transactions. The share of “secondary” of the total volume of sold Turkish real estate – 69.4%. In January-July 2022, a total of 583,161 transactions were concluded, which is 26.8% higher than in the same time period last year.

In July, foreign citizens purchased 3,939 apartments and villas. The indicator decreased by 12.4% when compared with the same month last year. Of the total number of real estate transactions, the share of foreigners is 4.2%. Most housing was bought in Antalya (1,421 units). They are followed by Istanbul (1,154 transactions) and Mersin (289 objects).

In August, 123,491 residential properties were sold.

A decrease in housing purchases in Turkey by 12.7% was recorded compared to the same month last year. The list of cities leading by the number of deals concluded includes:

A total of 39,025 housing units have been purchased. Compared to the same month last year, the decline in deals made was 8.5%. Acquisition of real estate from the developer of the total share of sales – 31.6%. Between January and August, 276,164 apartments and villas under construction were bought in Turkey, showing an increase in sales of 13.6% compared to the same months last year.

Foreigners bought 5,273 houses in August. This is 10.1% lower than in the same month last year. The share of foreign investors in all transactions made was 4.3%.

Summing up, we note that the increase in the price tag is not related to the interest in cooperation from abroad – the numerical value of the agreement. The first half of the year, despite the geopolitical, economic, pandemic difficulties, was a record for the Turkish housing market in many respects. At the same time, both Turkish citizens and foreigners became active buyers. And if the local population sees real savings from owners in buying a home, then foreign investors can buy an apartment in Turkey for profitable investments or moving to permanent residence.

Turk.Estate provides its clients with services in the residential and commercial real estate market and are experts in this segment. They will help you choose the right option for overseas real estate.