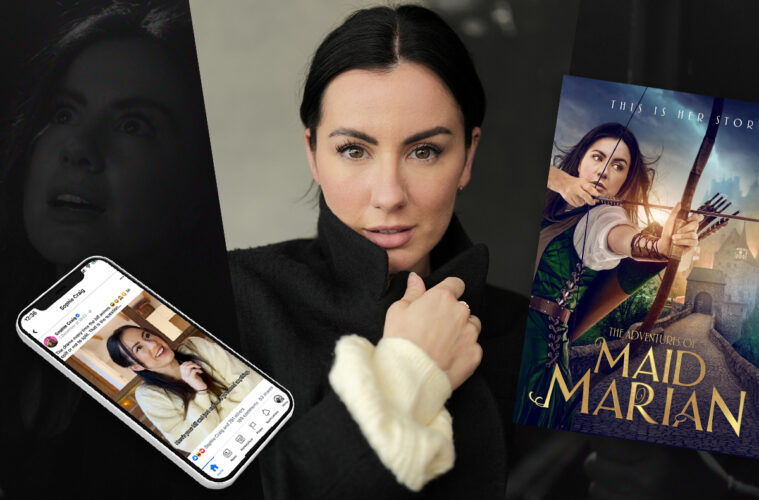 We caught up with the wonderful and hilarious Sophie Craig to talk about her acting career, content creation, proudest moments, tips, and her plans for 2023!…

When and why did you decide to become a content creator, and can you remember your first “official” video?

It actually was all a bit of an accident to be honest! I never set out to do it! I have been an actor for a long time now and always adored comedy. I was working as a production runner a few years ago, driving cast around in a massive van and the girl (who is now one of my closest friends, Jahannah) who was a content creator said, ‘Hey you’re funny’ and I jumped in a sketch with her. She showed me the ropes!  It was great fun and had a good response. I have always been a firm believer in ‘making your own work’ – I saw the opportunity this had and I started making a few more and BBC 3 reached out to me and asked me to write and create some sketches for their online commissions called ‘Quickies’ – I brought my friend Jahannah in and we ended up making 8 for them as the first one hit over 20 million views. My platforms then grew from there and I thought, ah, I’ll keep doing this! I stopped for a while but picked it back up again in the pandemic when acting and writing work had gone quiet, and from there it’s grown massively! 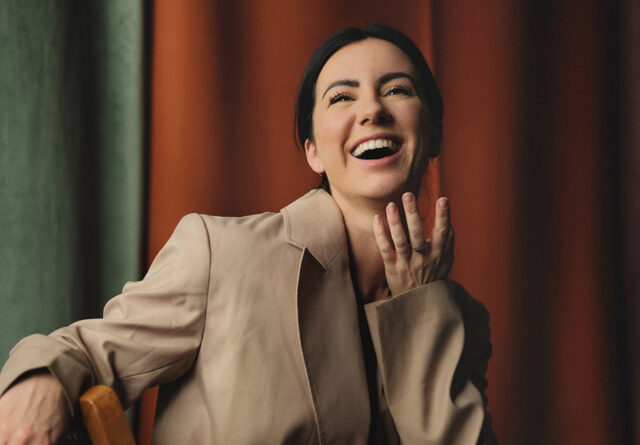 You post videos most days and each one seems to have a lot to it. How much time do you spend thinking up the ideas? And of course, editing!?….

I like to batch film a few. I hire a camera op for a day or 2 or I rope my other half in, bless him, and we film a few in one day and then I edit them all that week and schedule them. I struggle to sit at a laptop for a long time but usually one sketch will take me a few hours. I work in TV and film so I need to ensure I have sketches to keep going out whilst I am away on set or on jobs. That way, I know I have 3 or 4 weeks before I have to think about the next lot of sketches. I tend to just get waves of inspiration randomly and note them down quickly in my phone or voicenote them. Quite honestly, I sometimes get an idea and that’s all I go in with and a lot of it is improvisation around that topic.

Honestly, just humans. People watching and just picking up on certain behaviours. I call the sketches ‘observations of the human condition’ because that’s all they really are. We are so brilliantly weird and wonderful and unique, yet we all are so similar in so many ways and quirks. 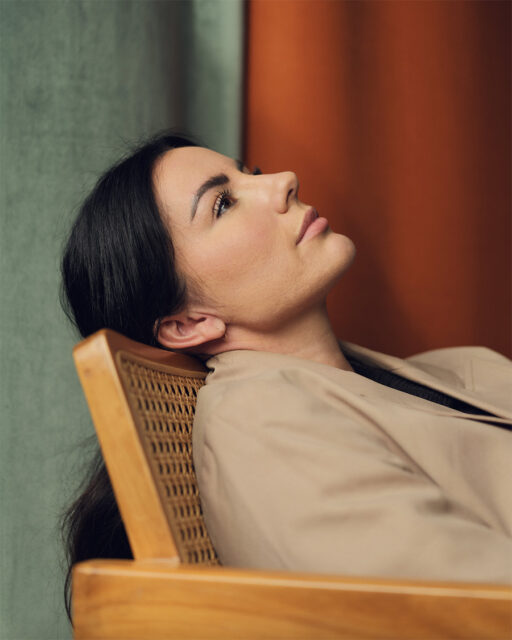 Do you have a particular person who a lot of your content is based on?

No, I don’t haha! A lot of people think they are based on people, or on myself, (I’d like to think I’m a little more chill! haha!) but they are just genuine observations, and then just exaggerated a little. Sometimes I’ll catch myself doing something and I’ll think ‘I wonder if other people do that’ and sometimes that inspires a sketch but the sketches are based on everyone and anyone.

I love all of your content, but a standout video for me is the one about getting a puppy – we were on the verge of doing so, and I think we’re going to wait now. Thanks, because you’ve saved me money and sleepless nights! (We’re still going to get a dog by the way, just not yet). How is your pooch now, still cute and keeping you up all hours?

Awww how lovely! They are the best! She is getting better! Still crazy and hard work but she’s an amazingly sweet puppy. We have another 9 year old dog who wasn’t best pleased but now they love each other so much! She sleeps ’till 10, so hoping little Peanut will follow suit! haha!

Do you mind me asking… is creating content your full-time job? It’d be great if you could let students know a bit more about your journey, such as how long it takes to get into a position where your video content generates a good income, and how much time and effort that goes into it…

I would say to a certain extent, it is and I feel really lucky. I first and foremost am an actor, and have been for years before I started this. I used to act and then waitress, leaflet, do princess parties, do promo work, bar work, literally everything under the sun to support my acting career and content creation has now allowed me to work beautifully for myself, alongside acting and writing. It has taken a long time for me personally over the years to get here. I was adamant I didn’t want to create pranks or reaction videos etc which is how a lot of people blew up when comedy videos started to become a thing. Facebook was where it all started for me. But I stuck to comedy videos, and also being female, meant I was somewhat/am overlooked in the comedy world, so my growth was a little slower. But I earn through ad revenue and brand work for my content creation and then of course, income comes from the acting too. I loved waitressing but I feel very lucky to now be doing what I love, full-time. But it is full-time, and then some. You never ever ever switch off and sometimes you can get burnt out as a result. This is one of the reasons I try to batch film too.

What advice can you offer someone wanting to get into acting?

Put yourself out there and make your own stuff. Trust your gut and don’t give up! Create 🙂 We have an amazing platform now on the internet so use it to show your work. You’ll always be working if you’re working on your own stuff.

Which character have you most enjoyed acting, and why?

I played an alcoholic who shoots her husband. I was covered head in tattoos and that was really fun! I loved playing Marian because it was so physical and I love fight scenes. I got to use tonnes of weapons and also portray her as the hero she was! She was an outlaw and it was nice to show that side of her! 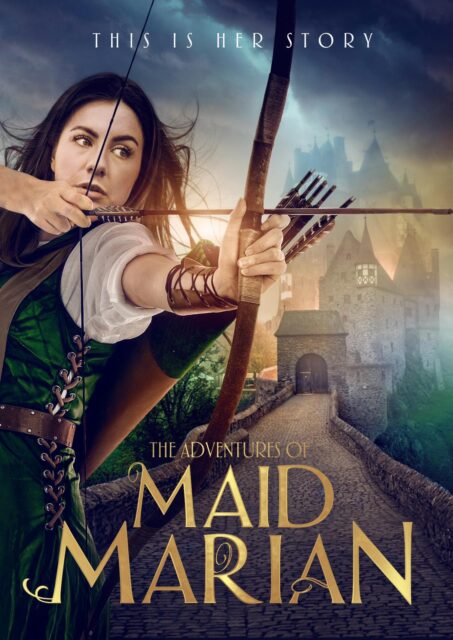 What would be the perfect character or movie you’d want to star in, and why?

I have been really lucky over the last couple of years and had some great roles in films and TV. I played Marian in ‘The Adventures of Maid Marian’ and recently played the lead in a sci-fi film too. This year I was in a remake of ‘The Three Musketeers’ and played the lead in a new war film called ‘Fortunes of War’ and had a nice little part in ITV’s ‘The Bay’ – In terms of my dream movie to star in, I honestly couldn’t say! The new Tomb Raider? haha! I adore film and am grateful for any character I get to play. My debut play – ‘I Love You, Now What?’ has a run in The Pleasance Theatre, London, next April, and that is a dream come true. I am so excited to start rehearsals for that.

What’s been your proudest acting achievement or best moment?

I really struggle with this question as I’m quite tough on myself! I’m proud of playing Marian in The adventures of Maid Marian as so many amazing actress’ have portrayed her before me. And genuinely I adore every moment on set for lots of different reasons! Every moment is the best when you’re doing what you love.

What’s the biggest perk of your “job” so far?

There are so many. Just doing what I love and working for myself is one of the best perks. The travelling around the world (sometimes) and meeting new people. I got to go to Budapest once with Jahannah and we interviewed Will Smith dressed as some of our comedy characters. That has to be up there!

What are your goals as a content creator and comedian?

I have written a few series and my goal is to get my own TV show made.

In terms of comedy, who makes you laugh the most?

Would you say that you’re addicted to your mobile, and do you think we’ll see content from you over Christmas or will you take some time off?

For sure! I am taking a couple of weeks off over Xmas. I haven’t had any time off for over two years. (I had my first holiday in 4 and was still working! haha!) We all should! I will schedule some posts to go out but I will be switching my brain off for a week or so for sure! I hope everyone has the chance to! It is so important. 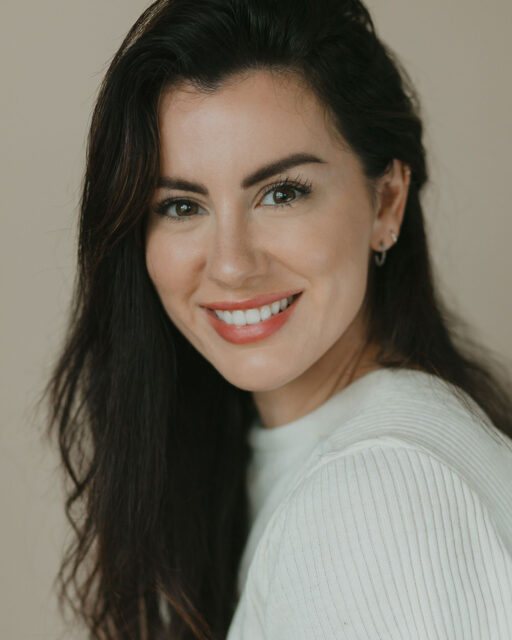 Maybe that’s an idea for a sketch (screen time on your mobile)?…

I’m  focussing on my play for April and also have a kids book coming out (hopefully) called ‘I’ve Lost My Sparkle’ to help little ones with grief after losing a parent. I hope to keep making daft videos and for them to open doors for working class women in the industry. I hope to get to that next step in my career and bag some good roles. The rest will all be a surprise! That’s one thing about this job, you never ever know what is coming next. Luck is when hard work meets opportunity, so we just keep grafting and creating and enjoying the process.

Thank you for your time and effort!