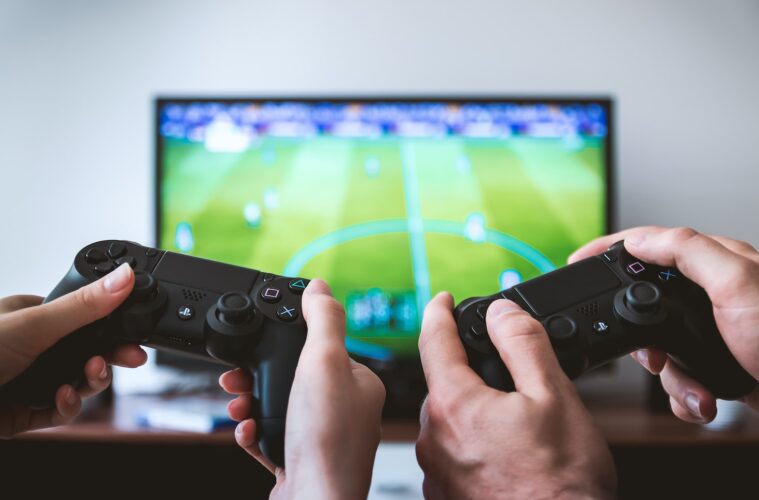 Where to get your World Cup football buzz in between games

If the 2022 FIFA World Cup has helped you rediscover your love of the ‘beautiful game’ and you just can’t wait between games in the knockout stages, the global gaming industry is at your service. This doesn’t just include console-based games, but it also covers iGaming titles too. In fact, 888casino has launched its own ‘Soccer Celebration’ library of football-themed slots and live dealer gameshows to take your passion for the sport to fever pitch levels. This operator is currently home to one of the top-three most recommended offers for first-time users, giving customers additional matched bonus funds to spin with.

As the World Cup progresses through the knockout stages and the tension builds, what better way to build your excitement for the next big contest than to sample some of the latest virtual football titles designed for football fanatics.

EA Sports’ FIFA 23 is the 30th and final instalment of the FIFA franchise to be developed by the US-based studio. From next year, the FIFA series will be built by its own team, with EA Sports ending its association in 2022. For nostalgia purposes alone, FIFA 23 is well worth a look. There’s also free downloadable content to celebrate the 2022 World Cup. The World Cup bonus mode can be installed to your console and was made available from November through until the end of this game’s cycle in 2023. It’s playable both online and offline too.

This iGaming slot title is the brainchild of award-winning developers NetEnt, with features a healthy dose of euphoria in the stands to create a match-like atmosphere. You’ll feel the roars of the crowd with every successful spin. Start by selecting one of the major international nations to represent and then it’s all about those symbol combinations. There’s also a ‘Penalty Shootout Bonus’ feature with four chances to try and save penalty kicks to win cash prizes. This is one of the headline titles in 888casino’s Soccer Celebration game library.

Konami has long been revered for its arcade-style football video games and the rebranded version of its Pro Evolution Soccer (PES) franchise is continuing to make great strides. The free-to-play eFootball 2023 is one of the most popular games among football fanatics. Not just because it’s free but because it offers supreme playability on console, PC or mobile. Smartphone gamers should note the game is a hefty file size to download and install, coming in at 3.4GB, but it’s well worth it.

Scandinavian slot developer Yggdrasil has also launched a ‘Football Glory’ slot game, set within the heart of a packed stadium, with silver and golden cups adorning the reels. The ‘All Stars Free Spins’ mode is the bonus feature to unlock, with additional free games and wilds in-play on the reels. The pick-me bonus screen in the Golden Cup and Silver Cup modes can also yield exciting features.

There’s no better way to feed your excitement for the next World Cup fixture than to immerse yourself in the atmosphere and drama of football games and all that entails – on and off the pitch.