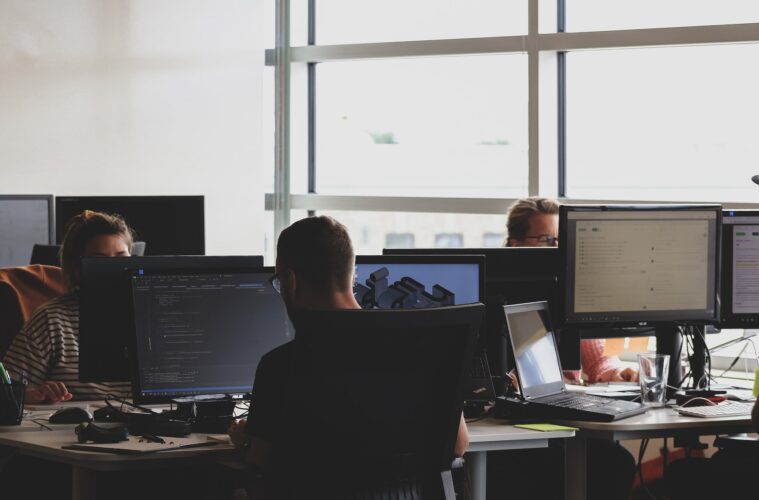 Tech Jobs with the Highest Salaries

According to Gov UK, the UK tech industry is now worth over $1 billion in 2023, only the third country to hit the milestone after China and the US. The figures, which combine the valuations of the UK’s public and private technology companies and tech jobs, put the value of the UK tech industry at more than double that of Germany and almost five times larger than France and Sweden. With the industry thriving, there are thousands of jobs in the UK within the tech space, but which ones have the highest salaries?

Well, the team at TechShielder have used data from Indeed’s Salary Guide tool to calculate the average wages for jobs in the tech sector.

Below are the positions with the highest salaries in the UK.

The tech job with the highest average salary in the UK is Senior Software Engineer at £63,824. The job entails developing information systems, designing, developing and installing software solutions and supporting the developing software team. Skills and qualifications needed include a master’s degree in the appropriate field, around 5+ years of experience as a software engineer, programming skills and software design.

Operations Engineers expect to earn an average of £61,745, second on the list of the highest-paying tech jobs. Operations engineers work to ensure all processes and functions under their control perform correctly and efficiently. They are responsible for repairs and upgrades to machinery and coordinate with other department heads to fine-tune operations systems. Some skills needed for the role include operations analysis, mechanical skills and troubleshooting.

With an average salary of £60,731, Data Engineer is the third highest-paying tech job in the UK. This role involves preparing data for analytical or operational uses and building data pipelines to gather information from different source systems.

Back End Developers can expect to earn around £57,550. This role involves building and maintaining the mechanisms that process data and perform website actions.

Full Stack Developers can earn around £56,915 on average in the UK. A full-stack developer is a developer or engineer who can build both the front and back end of a website. Skills needed for the role include analytical skills, computing programming and software programming.

Also included on the list are Front End Developers, who can earn around £55,342. The role involves building the part of a website that audiences interact with rather than the back end of a website.

Finally, a UX designer can earn around £45,305 a year in the UK. The primary responsibility of a UX designer is to develop the relationship between a product and a user. They can work on a product’s development, including design, usability and function.

A spokesperson from TechShielder said: “Tech jobs are in high demand. From coding to software design, data analysis and engineering, there are thousands of jobs in the UK within the tech industry. Positions in tech tend to pay highly due to the specific skills and qualifications many of the roles require.

“Many positions require a degree qualification from a STEM subject (science, technology, engineering or mathematics), and some jobs require a postgraduate degree such as a master’s. If you’re looking to work within the tech sector, make sure to research the qualifications you will need to do so.”