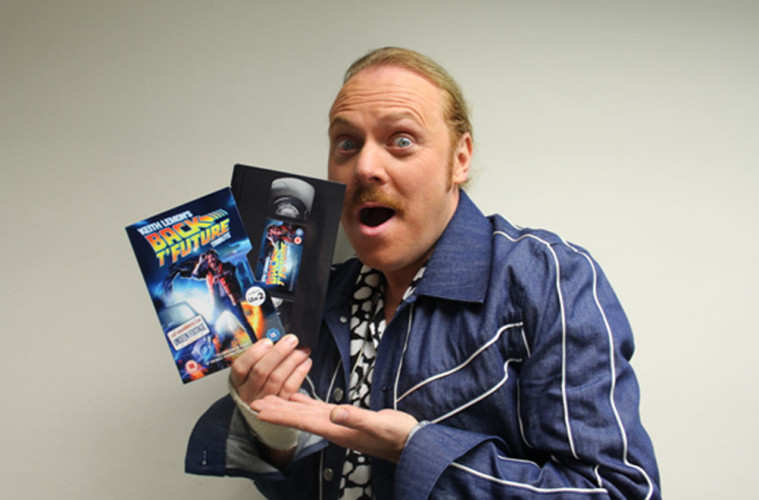 Win A Copy Of Keith Lemon’s ‘Back T’Future’ DVD

Not-so-long back, the world celebrated the day that Marty McFly touched down in 2015 in the film ‘Back To The Future II’, and we’re now officially ahead of time from what the movie portrayed in the 1989 smash flick. From easy-to-access hover boards, snazzy flying cars and self drying clothes, we aren’t quite living up to what the film thought, but that hasn’t stopped us from loving every minute of the franchise all over again.

A cult classic in the eyes of millions and one man in particular, ‘Back To The Future’ has brought out Keith Lemon’s inner Michael J Fox and the British comic has relived everything about the second movie in his documentary ‘Keith Lemon’s Back’T Future’ which aired on ITV 2.

Not only did the documentary smash ratings at over 1.2 million viewers, but it also contains some of Keith’s on screen pals including TV gems such as Gino D’Acampo, Paddy McGuinness, and to top it all off, as well as recreating iconic moments, the crew step foot on the movies prestigious locations too.

Scroll back the years to back in the day of VHS, Keith Lemon has used the timeless inspiration of the video tape to mould his DVD around. And in uniquely styled packaging, ‘Back T’Future’ showcases the documentary in a brilliant and creative wrapping; just be careful your Nan doesn’t try to slot it in the VHS player.

And in a one of competition, we are giving you the chance to WIN! one of three copies of the production on DVD, so what are you waiting for? Simply answer the question below to be in with a chance. Best of luck!