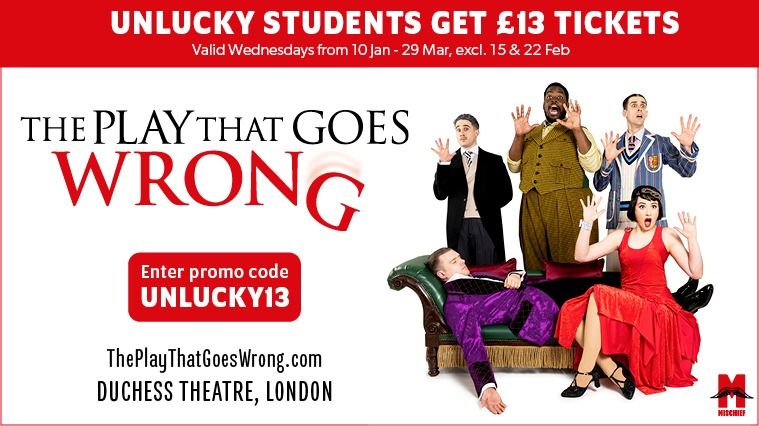 Do not miss Mischief’s award-winning ‘masterpiece of malfunction’ (The Times) THE PLAY THAT GOES WRONG as it crashes into its ninth chaotic year in the West End at the Duchess Theatre.

You all know the classic whodunnit story, there has been a murder at a country manor and an inspector is set on the case to find who the culprit is. However, when this plot is given to the accident-prone thespians at The Cornley Drama Society, everything that can go wrong… does!

The actors and crew battle against all odds to make it through to their final curtain call, with hilarious consequences! Do you ever find out who murdered Charles Haversham? You’ll have to see for yourself!

Experience total mayhem and enjoy the perfect slice of escapist comedy, guaranteed to leave you aching with laughter.