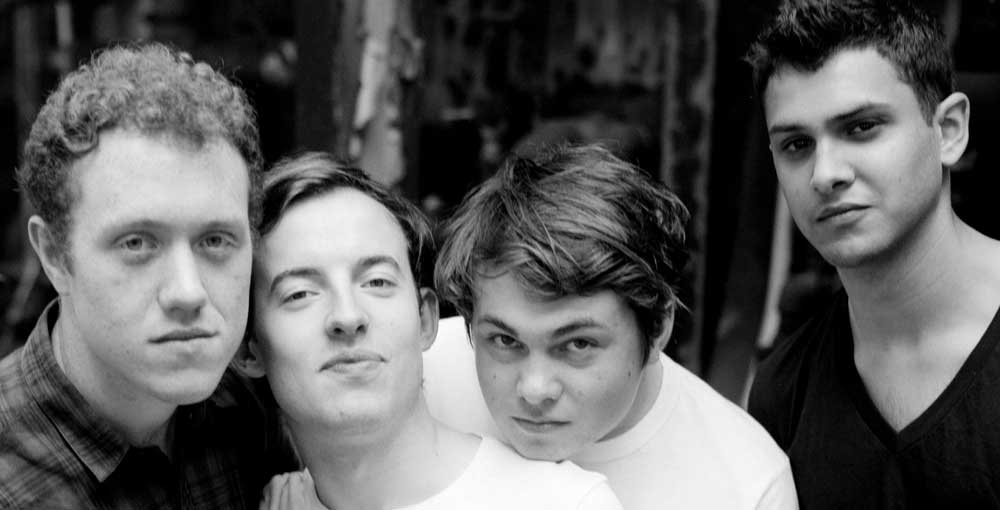 It’s been three albums in as many years for the Bombay boys, whose combination of musical knack and youthful exuberance has placed them at the peak of the British indie scene. We caught up with understated drummer, Suren de Saram, who talks to us about performing down a mine-shaft, dancing Mexicans, deep-fried Scottish cuisine and how, unfortunately, it isn’t to be four in four…

Your third album, ‘A Different Kind of Fix’ has done very well since being released back in August. Do you think it’s your best record yet?
It’s definitely our most interesting and varied record yet. What I like about it is you can definitely hear influences from the past two albums but then it’s also got a new theme in the mix as well. So yeah it’s definitely my favourite of the three. 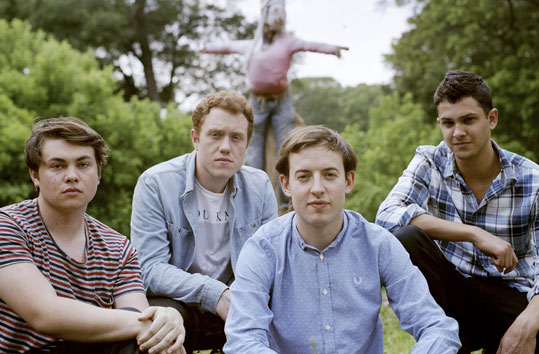 You re-connected with producers Jim Abiss (Arctic Monkeys, Kasabian) and Ben Allen (Gnarls Barkley, M.I.A). How much influence do you think they have had with your sound?
We’ve been working with Jim since we were sixteen so we’ve known him for a long time. We did our first and second EP with him, and our first album, so we’ve built up a good working relationship and know how each other likes to work. We knew what to expect with Jim and always ended up with great results which is why we asked him to do part of the new record with us. We’ve never worked with Ben before but with songs like ‘Shuffle’, and also ‘Favourite Day’, we thought he would be perfect as he comes from a hip-hop/pop background. Working with him, for me anyway, was the most enjoyable. We flew out to Atlanta and did four songs there. He’s really cool to work with; he takes a very different approach to Jim. Jim recorded us all together, whereas Ben recorded us all individually, so yeah they work very differently which was cool.

Your music videos have been quite interesting so far! Where did the idea come from for the dancing old people in ‘Lights Out, Words Gone’?!
Haha we haven’t been that happy with most of our videos to be honest! There is this website called Genero, where bands can submit a song that they want a video to be made for and all these film makers from around the world check it out. It’s like a competition I guess, so anyone that wanted to could have made a video for ‘Lights Out, Words Gone’. The one we went with was with a load of Mexican people dancing, which I think was made by a Spanish guy, I can’t actually remember, maybe Italian! It made us all smile and we thought it was quite nice.  A lot of the videos submitted were quite samey, like a boy and girl falling in love. But this one was different and had an element of charm to it.

So you’ve produced three records in three years, is it going to be four in four?!
I very much doubt it. The thing is, with the first two albums we didn’t really tour much at all, especially with the second one. All we did for that was a two week UK tour. With this new one we are going to be touring a lot more, quite deep into next year hopefully. I expect when all the touring is done we will have a little break and get down to writing the new one.

You’ve played in some quite bizarre places. How did they come about?
Well we did a little tour playing in strange venues suggested by fans. We played on a beach in Bournemouth, a fake castle near Manchester, down a mine-shaft in Devon! Oh yeah and a puppet theatre in Norwich, that was nice.

Strange gigs aside, you toured the US over the summer with Two Door Cinema Club. How was it?
That was really good. It was only the second time we’d ever been there so this was like the first proper tour we’d done there. Most of the crowd on the whole were really receptive. I guess our fan base and Two Doors’ is fairly similar so it went down well. It was nice to tour with them; they’re a very good live band and exciting to watch.

Obviously with them being a similar age to you guys, did you find it easier to get along as opposed to the slightly older bands you’ve toured with in the past?
Yeah exactly it is easier to relate to each other. They are quite similar to us in a way; quite quiet and shy! We also share quite a lot of the same crew so we had that connection as well. It was good.

You guys have become renowned for your energy in live performances. I saw you at Newquay Boardmasters over the summer and thought you were amazing! Where does all the energy come from?
Probably by relaxing during the day. We are all laidback guys and quiet normally, but we seem to morph into this different thing when we’re on stage! I guess it’s the adrenaline of it all!

It feels like such a long time ago since you were on Channel 4’s ‘Road to V’, and the release of your early EP’s (‘Sixteen’ is still one of my favourite songs!) How does it feel to be where you are now, still being so young?
It’s all quite surreal in a way. When you’re actually in the band it’s difficult to have an outsider’s point of view and to see what it’s like from the outside if you know what I mean. We never expected to still be a band this far down the line. When we first started it was just to play at a school assembly and we didn’t really have any plans to become a permanent band. It was something to do in our spare time, and yet here we are, six years later or something. We’ll carry on whilst we’re still enjoying it and when we stop I guess we’ll stop! 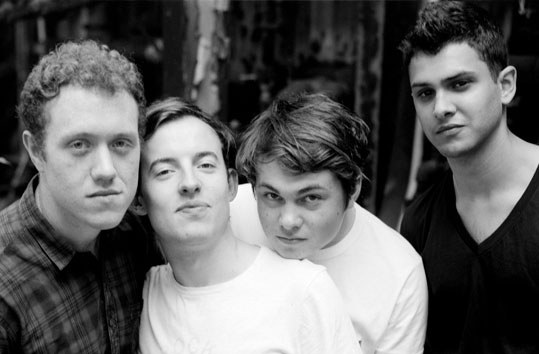 Jack is the creative nucleus of the band who writes the material. How do the rest of you guys go about injecting your own influences into the songs?
It varies from song to song. Sometimes Jack will pretty much have a complete song in his mind and come along to rehearsal and basically show us the whole song. Other times he may just have one or two ideas, like a melody or a bass line, then we’ll get together and input our ideas to form a song together. The music always comes first and the lyrics are always very last minute. Jack doesn’t really like writing lyrics at all I don’t think, they usually get written right before we have to record a song or play it live for the first time!

Do you guys help him out then?!
No it’s just Jack, it’s his thing! I think usually when bands sit around and write lyrics together they end up kind of crap. I don’t know, maybe I’m wrong, but that’s what I think!

So 2012, what can we expect?
We have another UK tour in April. We are also doing our biggest headline show at Alexandra Palace in London, so that’s exciting. We’re just going to be touring basically; we’re going to some cool places we have never been before, like Australia, going back to America for a pretty long tour, Japan hopefully as well. Lots and lots of gigs!

Finally, a question from Twitter! Emma from Glasgow asks: What is your favourite thing about Scotland?
The fact they like deep-frying everything. Deep-fried Mars Bars are one of my favourite foods of all time. And also Jamie, the guitarist, is a big fan of deep-fried haggis. When we are there we always make sure we get one of those!

For more info on the band go to:
www.bombaybicycleclubmusic.com