Wild Beasts have followed up their Mercury Prize nominated ‘Two Dancers’, with another master class in third album ‘Smother’. Very much staying true to their Avant-garde nature, the Beasts have again delivered on all fronts, challenging the norms of sound and lyrical etiquette whilst producing a deep and intense yet strangely delicate sound. We caught up with co-vocalist and general multi-tasker Tom Fleming, who talks to us about the personal openness of the album, recording in seclusion and a surprise in Minneapolis.

You guys are currently on tour playing all over the world! How is it going?
It’s going very well I think, I mean we’ve spent five weeks in America, three weeks in Europe, now we’re in the UK and then we’ve got Europe again! Obviously it varies place to place but it’s been awesome really. It’s been a step up in terms of size of audience and the response has been absolutely heart-breaking, it’s been really good.

Have any places taken you by surprise so far?
Several. Bristol was incredible recently, as was Oxford, both crowds were a treat. Minneapolis which I actually wasn’t expecting much of, was probably one of the best shows we’ve done in years. The thing is we’ve been to a lot of places we’ve never been before, some of which came off, and some of which didn’t, but there have been some stand-outs.

Your sound has certainly changed from your boisterous debut record ‘Limbo, Panto’. Was it a natural or conscious development to get to the sound you have achieved with your new album ‘Smother’?
Well, obviously you make conscious decisions but I do think it follows a natural logic between the three albums. Each one has kind of been built on the ashes of the previous one, so there is a familial connection between them, but there definitely was an element of trying to quieten down a bit and slow down and think more about texture rather than about action this time around.

Why ‘Smother’?
If you hold something to close you smother it, and I think with this being an album with essentially ten love songs, exploring the good and bad vibes of loving someone too much, it makes sense. You know, its double edge; with the best intentions you can make the most damage. 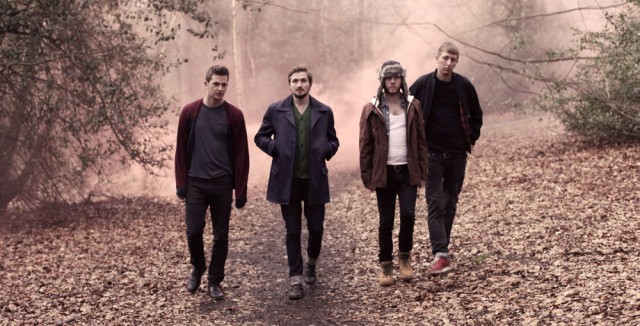 Lyrically, it is a very open record, with personal accounts and constant sexual references. Was this meant to be an intended prominent theme?
I think so yeah, not so much intended but it was certainly how the songs came together. They were all orbiting around the same planet if you know what I mean. I think once we realised that we did kind of go for it. But it terms of it being personal, I would be wary of writing a story about myself, or you know, if Hayden was writing about himself he would be too. These things don’t happen cold, they have to happen in memory.

With the lyrics being personal accounts, how do you go about piecing together the songs as a band?
Lyrically it’s either Hayden or I. Musically it is definitely a group matter. Songs are built on something that someone has written, or the four of us in that sense. Things pass between us and then we try to bring it together, either in a room where we are all playing together or ‘in a box’ as it were; in a studio.

The album was produced in relative isolation, which is portrayed in the sound of tracks like ‘Deeper’ for example. Did the peace and quiet help?
Definitely yeah, we wrote most of it in London then took it out into the middle of Wales, right in the mountain valley essentially to lock ourselves away until it was finished. You couldn’t leave, or go to meet your friends at the pub, see your girlfriend or even leave the compound! So you know, it was like, ‘you better make this record!’ 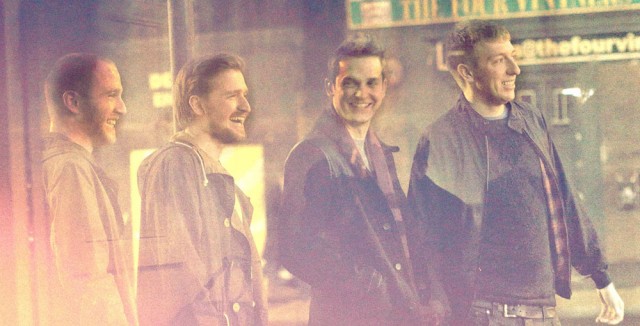 How long did it take then?
Let’s see. It took three weeks to record, about two and half weeks to mix with about five or six weeks of writing and rehearsal before we went to the studio.

Two Dancers was quite a groundbreaking album for you. Obviously you achieved the Mercury Prize nomination, which I suppose cemented the bands reputation and respect almost. How did you go from there with producing a new record?
I think our tactic was to forget all about it, and focus on what was coming next. I mean we started making it two or three days after the ridiculous ceremony! I say ridiculous; it was a lot of fun, but wasn’t to be taken too seriously! I think with that album we knew we did as much as we could have done but it was time to make something new.

You guys have an interesting relationship with pop culture. Has your growing recognition ever inflicted with the morals of yourselves?
I don’t think so, but there are things that you have to do in order to stick your head above the parapet. Personally I’d rather not make videos for example, but it’s just not practical if you are happy for people to come to your shows. But in terms of compromises, I think musically we are still doing exactly what we want to do and I never really feel that we’re that kind of famous, if I can use that word. We are quite protective of our own personal space and our own real lives, so I think people actually understand that and realise that we are just people doing something, which is cool.

Finally, what are you guys hoping for in 2012?
Ah I don’t know. Really I’d want to make another record. We’re going to be touring again, but I hope we can hunker down with some new material!