Hockey star, Crista Cullen, has dreams of achieving Olympic gold at London 2012. Twice selected for the World Hockey All-Stars team, she could well play a pivotal role in British hopes for medals this summer. We caught up with her to discuss GB preparations and where it all started…

How did you first get into hockey?
I’m originally from Kenya, so I started playing back at home there when I was about nine. I then moved to boarding school at Oakham when I was 12, and it just happened to be the sport that really took off for me. Representation followed at Leicestershire and county stuff through school when I was 14 which led me to climb the ranks through midlands and into the England age groups. It’s all progressed from there.

How big a role has your club played in your GB career?
I’ve been very loyal to Leicester, because I think Leicester itself is a phenomenal club; it’s got a great feeder system with five teams playing with a lot of youngsters. So I think that gave me a lot of opportunities at a very young age to experience playing with people who could help move forward to get involved with the England and Great Britain set up. 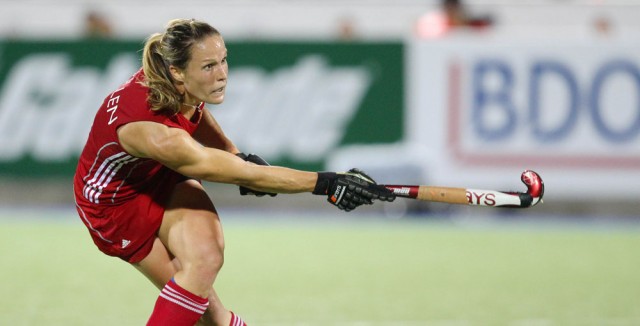 Have you had to come across any barriers when mixing your sporting ambitions whilst studying at university?
Well, obviously that’s difficult because unfortunately in my second year we were away at world cup qualifiers and a commonwealth games in Melbourne, so it was a bit of a juggling act at times. The university though was really supportive; I was part of the business school and they were very supportive of my sporting ambitions. I had a personal tutor for example who helped me through to make sure I was able to get all of my assignments in on time and keep organised. So, you know, it was a juggling act, I’m not going to deny it, but I was very insistent on getting my three years worth of university education done in that three year period, especially as it was in-between two Olympic games.

So, how have your Olympic preparations come along so far?
We’ve gone in to a full-time program, so we are now centralised and train together as a Great Britain squad of 28 athletes and obviously as we are hosts, we have managed to secure UK lottery money in order to be more or less full-time athletes. We have been training for four years in the build up to London, and as a Great Britain Team, for both men’s and women’s, it’s a very exciting time for hockey. We’re both ranked 4th in the world and are genuine contenders for medals come London. 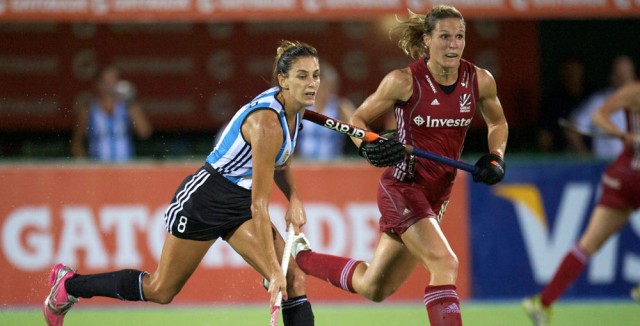 What do the Olympics being in London mean to you?
Well it gives us that edge you know? Everyone talks about home advantage and we’ve seen it through previous tournaments that we were lucky enough to host as England, such as the commonwealth games in Manchester; the European Cup which was also held there and the Olympic qualification tournaments for Beijing. We were medalling in all three of those events with one silver and two bronzes, so it was clear to see how much home advantage can help. So we do see it as an extra man on the field and coming away from the recent Champion’s Trophy, which consists of the top eight teams in the world, with a silver medal, we saw how home advantage helped Argentina get the gold against us in the final, so hopefully we can replicate that come London.

What does it mean to you representing Great Britain?
I think it’s a real honour to represent your country in any sport. I know this is such a cliché but every time I pull the shirt on it is a real honour to do that and I think any athlete who is lucky enough to do that competing at the Olympic Games will feel the same. It’s going to be a phenomenal event and you can feel the whole of the UK getting behind us; it’s a very exciting time to be an Olympic athlete.

Finally, what advice would you give to future Olympic hopefuls?
I would say a lot of people stand in your way but if you believe in yourself and work hard enough then anything can happen. You’ve got to commit to the programmes; commit to really pushing yourself and anything can happen. There’s plenty of future Olympians out there, they’ve just got to work hard and hopefully the rest will take care of itself.