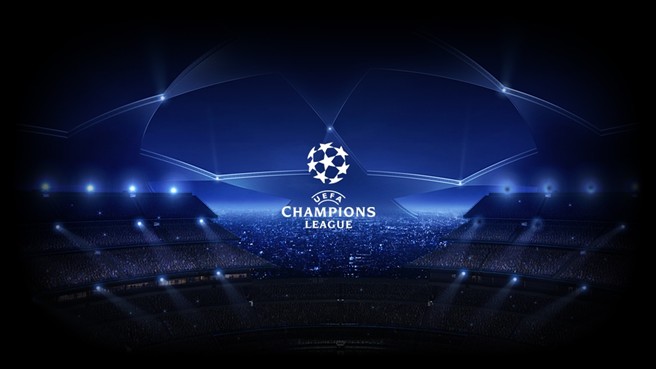 As Europe’s elite football competition moves into its knockout stage, we take a look at who has made it through, and their credentials for the forthcoming rounds…

All is not well at the Italian club. Political infighting and the loss of key players in the summer have set the tone for what is so far a miserable season for the Rossoneri. The Italian veterans did not have a comfortable route to the group stages, with the 7 times winners replicating their Serie A form having just scraped through to the final sixteen.

Young forward Stephen El Shaaraway has been a rare positive note for Allegri’s men this campaign, and will be hoping to help turn their season around. Not the AC Milan of old.

Wenger famously quoted that securing qualification for the Champions League was bigger than winning a trophy for the North London side. A lack of trophies and big money signings have left many fans disillusioned; however, there can be no doubts over Arsenal’s European credentials. The Gunners have qualified for the last 15 Champions League group stages and qualified comfortably for the latter stages this year.

After losing Alex Song and captain Robin Van Persie in the summer, Wenger will be hoping that new signings Santi Carzola and Lukas Podolski can end Arsenal’s seven-year wait for silverware. Naivety and a lack of leadership may hamper the North London club.

Touted as the ‘greatest ever’ by many, the Catalonian club was rocked last season following Pep Guardiola’s departure, relinquishing their La Liga and European titles in the process. However, the newly installed Tito Vilanova has rejuvenated the Spanish outfit, whom are outright favourites for the competition.

The four time winners currently sit pretty at the top of La Liga and will be looking to continue their devastating form in Europe. Lionel Messi and co will be hoping to inspire another European success for Barcelona, and in turn snatch the Spanish bragging rights back from Real Madrid. Who would bet against them?

It was written in the stars for Bayern to win Europe’s premier competition last campaign. The sign that floated across the Allianz Arena last May read, ‘Our City, Our Stadium, Our Trophy’, before Didier Drogba had his say in the dying embers of the 2012 final.

Finalists in 2009 and 2012, Bayern Munich have started this season’s Champions League with real vengeance, topping Group F with ease. Heynckes men will be keen to redeem themselves after last season’s final defeat, and with a team boasting Gómez, Robben and Ribéry, you would be brave to bet against the Germans reaching the final. There or there about.

Klopp has really brought the glory days back to Borussia Dortmund. The 1996 winners came through the ‘Group of Champions’ undefeated, picking up praise and plaudits for their attacking style of play.

The successive German Champions beat Real Madrid, Ajax and Manchester City, having originally been written off at the start of the European season. Dortmund boasts an incredible fan base, a tactically astute manager and thriving players such as Mario Götze and Robert Lewandowski. The ambition around the German club is growing and they will be looking to put a real stamp on this year’s competition. Meet the outside bet.

Wow, oh wow. The Barcelona slayers made it too the final sixteen on match day 6, following a late Chris Commons penalty.

Neil Lennon’s men are flying the flag following a turbulent year in Scottish football and have earned their spot in the knockout stages as Group G runners up.  Wins in Moscow and at home to Barcelona negotiated a difficult group draw, and Neil Lennon will be hoping to relive some of his glorious European cup nights at Celtic Park. Celtic will feel winners already, but not a chance.

After giving managers José Mourinho and André Villas-Boas to Europe, it is now Victor Periera entrusted with bringing continental success to the Estádio do Dragão. The Europa League 2011 winners qualified as Group A runners-up after impressive performances against Kyiv and Zagreb.

After losing big names Hulk and Álvaro Pereira following in the summer, Porto have relied on Jackson Martinez and James Rodriguez for goals and assists this season, of which they have duly obliged. Coming up against a group winner, Pereira’s men will have a tough time getting to the last 8 this year.

The runaway and undefeated winners of Serie A last year fought their way through a tough Group E, beating Donetsk in Ukraine and Chelsea at home to finish top of the pile.

European catalysts Pirlo and Buffon will be desperate for continental accreditations following glistening careers in Turin. Impenetrable home form and domestic momentum could see the Old Lady go all the way this year. Maybe ladies.

The Turkish side snuck through the group stages on match day 6 thanks to a late win against Sporting Braga.

Ex-Arsenal misfit Emanuel Eboué and ex-Bolton Wanderers striker Johan Elmander are enjoying life in Istanbul, although the Turkish Champions look all but set to take a good pasting in the final sixteen. No hopers.

Debutants Malaga are the talk of the town after impressive exploits in Europe this year.

Despite a mountain of debt, and a rush of players to the exit doors last summer, including Santi Carzola, Jeremny Toulalan and Joaquin, Malaga are somehow thriving this campaign. A fourth place finish ensured Los Boquerones would play with the European big boys this season, and their on pitch performances are distracting from the widely reported financial difficulties the La Liga side are currently going through. Expect a surprise from Pellegrini’s men after topping Group C undefeated. Loveable underdogs.

The evergreen Sir Alex Ferguson will be hoping for a final hurrah in what many see as his final few years in management. United have coasted through the group stages following their early exit last term, despite revolving centre back partnerships and a growing injury list.

Summer signing Robin van Persie hit the ground running following his switch from rivals, Arsenal. A potent strike force has outweighed the goals United have leaked in the group stages, coming from behind to win three times thanks to marvel performances from Javier Hernândez, Wayne Rooney and Van Persie. Expect United to carry the torch for British clubs this campaign. British bulldogs will have a good crack.

The Parisian big spenders are the only French representatives in the knock out stage this year. Paris Saint Germain have all the makings to do well in this years campaign; a man in charge who has won the trophy as a player and a coach, a wad of empty cheques thanks to their Qatari owners and Zlatan Ibrahimović.

The talismanic Swede has the most assists in the competition this year, and Carlo Ancelotti will need a European run to show for the millions he spent bringing in the Swede, not to mention Lucas Moura, Thiago Silva and Ezequiel Lavezzi. The capital club are struggling to gel early on this season, although one would fancy Ancelotti’s men to go far this year after topping Group A. Can money talk?

The outspoken Mourinho will be desperate to win this year’s Champions League following rumours of his impending departure from the Santiago Bernabéu. The ‘Special One’ desires to win the European trophy across the continent and satisfy the Madrid hierarchy. Real Madrid hold the record for the most Champions League trophies, although they have not won the competition in over a decade.

Christano Ronaldo is the competitions top scorer and will be difficult for any team to keep control of him. Madrid are contenders, although they will have to dispatch Manchester United in the next round following their second place finish in Group D. A good bet at 4-1.

The Group C winners are another up and coming European force. Before a campaign in the Europa League last year, the German outfit made it all the way to the semi-finals in 2011, beating holders Inter en route.

Goals from Klaas-Jan Huntelaar have inspired the advancement in this years competition and with a draw against a group runners-up to come, there is little to say against Schlake having as good of a run as in 2011. Watch out for young German midfielder Lewis Holtby.

The Ukrainian Champions have played splendid football this campaign, making light work of European Champions Chelsea in the group stages. Well-travelled manager Mircea Lucescu has put together a dynamic side that went nearly a year unbeaten.

The industrious Ukrainians have high standards in this year’s competition, following their 2009 UEFA cup triumph. And with Brazilian flair in Willian, Fernandinho and Luiz Adriano, few will fancy taking on Donetsk at the Donbass Arena. A hard working outfit that will give any top side a work out.

Despite a change of manager after match day 5 this campaign, Valencia progressed from Group F level on points with Bayern Munich.

Consistently European competitors, Valencia’s new manager Ernesto Valverde will want a good European run to compensate the more than likely third place finish in La Liga due to the strengths of Barcelona and Madrid. Will struggle against most.