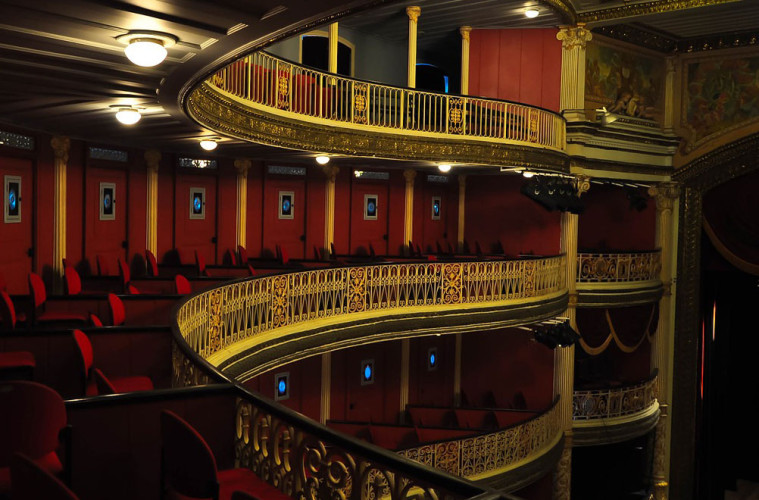 Theatre Shows To See This Christmas

Now it’s the festive period it’s likely that you’re going to have some more free time on your hands. If you’re looking for something a little different to do, there are a number of musicals and shows around at the moment which are well worth a visit.

Wicked tells the story behind the Wizard of Oz and the Yellow Brick Road, and explains how two young witches chose very different paths,  resulting in one became known as good, and the other as wicked. This is a new take on the classic 1939 film and is told through extraordinary music, fantastic humour, and an undeniable charm.
Wicked is currently performing in London’s Apollo Victoria Theatre.

Based on Disney’s award winning animated classic, The Lion King the musical sees the return of Simba and his friends in an innovative and exciting way. See the much loved film come to life before your eyes as you re-live all of the fantastic songs such as Circle of Life, I Just Can’t Wait to be King, and Can You Feel the Love Tonight. This is a wonderful experience.
The Lion King is currently performing at the Lyceum in London’s West End.

With music from Sir Elton John, Billy Elliot The Musical re-imagines the film released in 2000 in a wonderful production. The boys who take on the role of Billy are absolutely fantastic, and will leave you in utter amazement as they literally dance the night away.
If you want to see this show in it’s London home you have to book fast as the production is closing on the 9th of April 2016 before setting out on tour later next year.

This production takes all of the magic and sparkle from the original film staring Julie Andrews and Dick Van Dyke, and creates a world of amazement and beauty.
This is a production well worth visiting as it will leave you in wonder and in awe at every single aspect of the show. The setting, the cast, the costumes, the musical numbers, it’s all wonderful.
Zizi Strallen, who plays Mary, is “practically perfect in every way”, and an absolute delight to watch.
Mary Poppins is currently on a tour of the UK and Ireland, and will be performing in Dublin until the 9th of January 2016.

If you’re not a big fan of musicals, but want to see a West End production I highly recommend War Horse. This is a stage adaptation of Michael Morpurgo’s children’s novel, told through magnificent and innovative puppetry, and tells the story of Joey the horse and his work through World War 1.
This is honestly one of the best and most beautiful productions I have ever had the pleasure of watching and would advise anybody to go and see it if they have the chance.
War Horse is currently running at the National Theatre in London.

There are of course a wide number of other amazing productions running in London, and around the country, but these are just a few of the names which may be especially enjoyable over the Christmas period.
If you do happen to attend any shows, I hope you have a fantastic time.