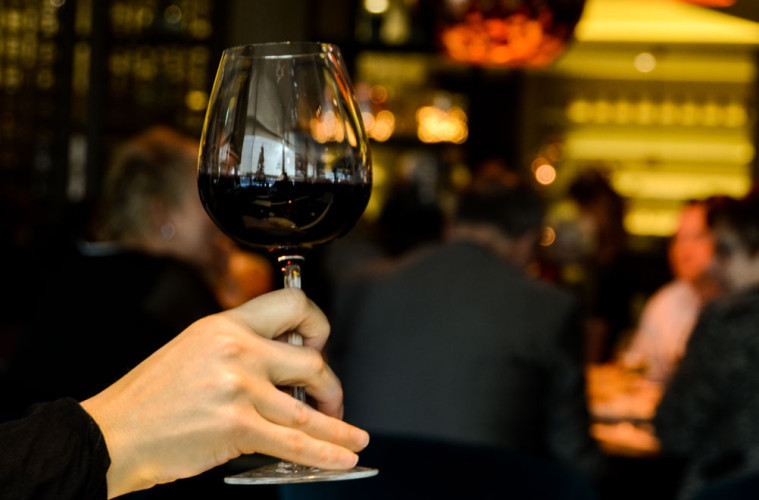 2015, where do I begin with you, you beautiful beast of a year. You’ve made us laugh, you’ve brought us tears, but most importantly, you’ve filled our being with as many memories as you could. Least to forget, this throwback article is highlighting my 200th at the Student Pocket Guide (click the link to see the other 199) and what a journey it has been; from interviewing stars such as Keith Lemon, Anthony Joshua and Annie Mac, to snapping pictures of Norfolk’s finest, as well as bringing in content from all over the world; I hope you’ve embraced my contribution so far.

But that’s enough about me, back to the feature and the reason you clicked on this tab; that’s right, how we all came to adore this year. Records have been smashed, landmarks have been made and revivals of classics have been reignited, so here is what we’ll truly remember from 2015…

That’s entertainment…
A great man once said ‘Are you not entertained?’ and I can gladly say, yes, yes I am. This past annual has played host to the some of the best music, movies, events and games to date, and it would be impossible and unjust to pinpoint a select few. However, I’m not a fair kind-of guy, so I’m going to go outright and say ‘em… Star Wars: The Force Awakens, The Martian, Mad Max: Fury Road, and they are just some movies.

Onto music now and it seems every man and his dog is now a Belieber. Gone seem to be the days of teeny boppers jamming in their bedroom to, who was once a bowl cutted fool, to the (now) man himself smashing the Top 40 with over three tracks in the charts. I must admit, I have listened to ‘Purpose’ and it’s not actually that bad; I may or may have not sung along to ‘Love Yourself’ in the shower. Another artist you may have heard of has made a comeback too and she goes by the name of Adele (you definitely have over a hundred times if you listen to the radio). Hello, it’s me, I was wondering if after all this time you’d like to meet?

Bit of a gaming fan? Then I’m ninety-nine percent sure that 2015 has made you switch your consoles back on in a nostalgia fuelled blaze. Everyone was to believe that the next generation of gaming was floating away down the river, when boom! In come a troop of revived classics and fresh titles that have made us procrastinate for hours more, making our eyes bleed with excitement. As well as bringing in backward compatibility for a few games, we’ve seen the release of Fallout 4, Witcher 3, Halo 5 and Star Wars: Battlefront to name a few.

What a great sport…
Regardless of what anyone says and whether you’re a football fan or not, you’ve got to respect the success of the current Leicester team since the start of the football season in 2015 (and it’s no surprise when the boss treats them to pizza if they play well). Christmas is almost upon us and they’ve gone from being a relegation fighting premier league side last year, to now topping the league by beating last year’s champions. I don’t know if you noticed as well, they have a striker called Jamie Vardy, he’s having a party, which you may have missed out on and he has the world record for most consecutive goals in the Premier League (and he’s even got his own packet of Walkers crisps too).

There was a rugby world cup hosted in the UK too but we won’t say too much about that… and how can we forget Lewis Hamilton racing to his third formula one world title? The bloke has properly smashed it.

Strange trends and news…
What have we learnt from this year in news? If Jezza Clarkson doesn’t get his grub the way he wants it, you’re going to get one-banged. After following an alleged fracas at the Beeb, Jeremy Clarkson and the Top Gear team were pulled from Sunday night showings much to fans disappointment. Then fast forward to now, and the barmy but brilliant host has secured a spot on Amazon TV for 2016 and Chris Evans is set to take his spot on Top Gear very soon.

Yet another fascinating trend and who else can picture that illusive gold or blue dress? I say gold or blue to sit on the fence, because I’d rather not have a band of web trolls knocking down my social media with an opinionated answer. Damn, this story was almost as good as the Katy Perry performance shark that was so buzzed that he looked like he’d just out ran Jaws.

Our final shout out goes to Shia Labeouf… JUST DO IT! And then go on a film marathon and criticise your own performance.

The year of the vine…
I can guarantee that some point over the 365 days of this calendar year, that you or your friends have shared a vine or two with each other, and whether you remember or not, you’ll have definitely had a little chuckle. Whether it was cats being scared by demonic cucumbers simply lying on the floor, a dog playing a bass drum or simply, an epic fail, these can always make our day (or minute at the least). However, one victim of the relentless social media site and creativity of the consumer has been Mr. Drizzy Drake himself, after the Hip Hop star published his video for Hotline Bling. You can catch the short, edited snippets of him dancing away Grandad-style, whilst doing everything from throwing pepperoni on pizza, to bending air like Avatar.