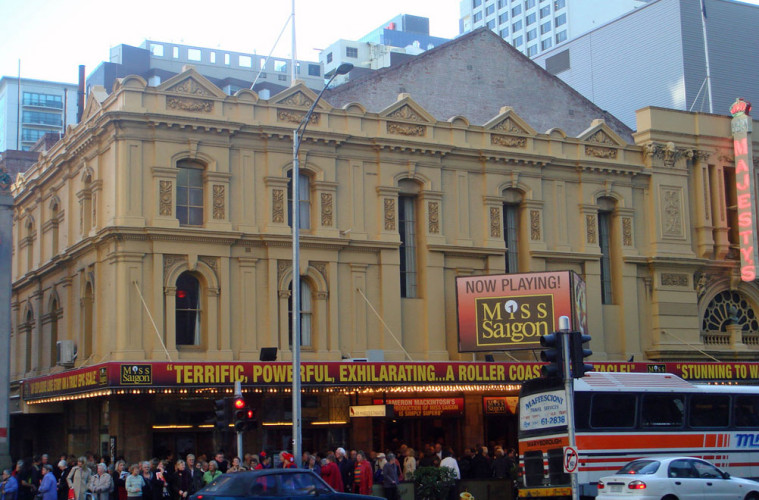 On the 20th of September 1989 Cameron Mackintosh opened one of his most successful musicals of all time, Miss Saigon.

To celebrate its 25th anniversary, Miss Saigon returned to London’s West End in 2014 to an incredible amount of support, and I am devastated to say that this production is set to close on the 27th of February.

Set in the final weeks of the 1970’s Vietnam War, Miss Saigon tells the story of a GI called Chris as he falls in love with Kim, a destitute Vietnamese orphan who is working her first shift as a prostitute. As Saigon falls the couple have to fight to move on with their lives in the ruins of war in a brutally honest and amazingly powerful manner.

This is one of the best shows in the West End at the moment, and it’s a real shame that its once again flying out of London.
Here are 6 reasons why you should see this show whilst you have the chance.

Miss Saigon’s home, the Prince Edward Theatre, is simply stunning. It’s an old-fashioned kind of glamorous which works to give a fantastic feel from the moment you set foot in the theatre.

This is a beautiful story which gives a new and more personal look at the Vietnam war. You can finally see what life was like for locals during the fall of Saigon in an fascinating manner.

The music in this production is both legendary and spine-tingling throughout the entire performance. Every single song is beautiful in its own way and will leave you, as the audience wanting more.

Yes you’ve read that right. There is a real life helicopter in this production! For me, this scene was the highlight of the show. Just when you think this show couldn’t get any better they literally blow you away with one of the most remarkable props in the West End.

The cast and crew in this production work extremely hard to put on a fantastic show night after night. This is an extremely talented and extremely diverse cast, which works to make this show so fantastic and such a success. Eva Noblezada and Chris Peluso in particular have a fantastic on stage chemistry which is an absolute pleasure to watch.

Last chance to see it in the UK:

Once the team have played their final performance in the Prince Edward Theatre there will be no professional productions of Miss Saigon in the UK for the foreseeable future. There will only be two running productions, one on Broadway later this year and one in Japan.
It’s been 17 years since Miss Saigon first closed in the West End, there’s no telling how long it will be again before this masterpiece returns home.