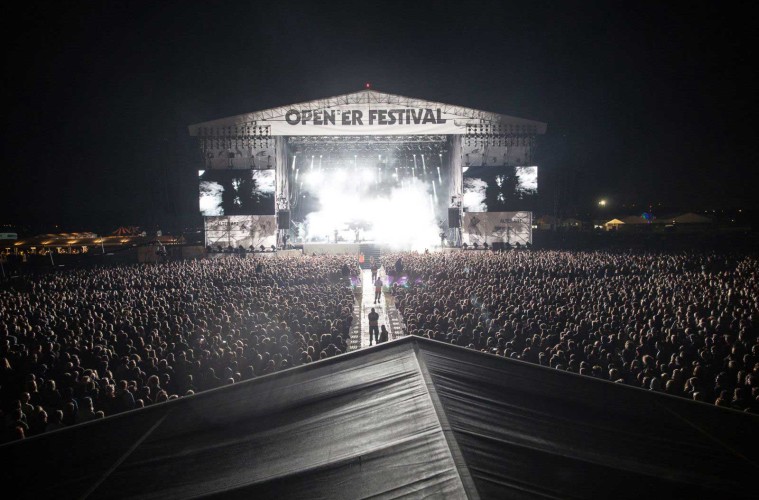 Open up to Open’er Festival

If trying out a new music festival abroad is one of your goals for 2016, but your parents are not to keen to sponsor Coachella, you might want to seek some other options – one of them would be to find a festival in a country cheaper than the UK, which is a fairly easy task.

You may have never heard of Poland, not to mention the biggest, most renowned festival that takes place there, but now it’s high time you did.

First of all, Open’er feeds music freaks with impressive line-ups every year, as most of the famous international artists usually stop by in the highly understated Poland while doing their annual festival tours. The promoter picks out the real crème de la crème of all music genres’ representatives to satisfy various tastes – you will find a bit of alternative, rock, electronic, indie, rap as well as those golden oldies that you wouldn’t normally picture at festivals.

Just to illustrate it with examples, those few past years Open’er has hosted names such as Jack White, The Libertines, Kings of Leon, Artic Monkeys, Alt-J, Drake and even the good old Nick Cave with his Bad Seeds – a good mix of everything to tickle your fancy.

This year, Open’er is offering a line-up of just as good quality as the past ones, and not all of the artists have even been announced yet. The potential festivallers are tempted with big stars such as Florence + The Machine, The 1975, Foals, Red Hot Chilli Peppers, Wiz Khalifa and even… the legendary PJ Harvey – quite diverse to attract no matter what age and music preferences.

All of this can be found at a humongous airfield, only 15 minutes from the seaside, with a selection of stages including the magical Tent, secondary activities such as a cinema, Ferris wheel, museums and silent disco. Not to mention the advantage of paying with the ridiculously low polish currency, which brings this whole 4-day experience to just about 100 pounds, including the campsite space. With flight tickets booked in advance, you could probably travel, festival and eat like a king for the price of just a ticket to one of the leading British festivals.

Don’t think twice and save the date (29/06- 02/07) for the most student budget friendly festival you will ever go to.