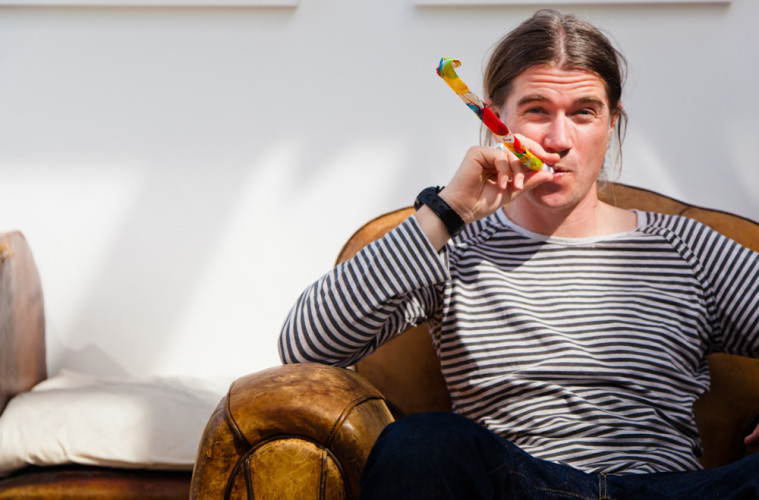 We had a great chat with Bestival co-founder and DJ Rob da Bank yesterday afternoon.

Hey, how are you?

What made you want to start DJing?

Crikey well it was just for a laugh really at the beginning, I was just DJing at friends parties and throwing little parties myself when I was 16, there was no internet then, there wasn’t social media so there wasn’t much else to do. It was either play football or play music so I just got into it that way.

What were you doing before it became a career?

Well you know, like I say I was 16 so I was just a school kid, I was DJing about 10 years before I became a proper DJ, it wasn’t like I suddenly just started DJing all around the world. I actually went to university and then I was a music journalist for quite a few years.

How did you get yourself where you are now?

I just kept at it, I never set out to be a well known DJ and I think I’m actually more known for the festivals or from being on Radio 1 and being a club DJ. I started being a club DJ and that went ok, then I got on Radio 1 which obviously gave me a boost and then started Bestival and that took it up again so I think it’s a whole mixture of things.

You used to present a show on Radio 1 which was dedicated to promoting new and unsigned artists, is there anyone you had on the show that really stood out to you or has done well since?

Yeah well I was the first person to play Florence so obviously did pretty well, I’m not taking any credit for how well she did because she was always going to get there herself but yeah I remember when Florence came on the show and she was singing live and no one knew who she was at the time. This young red head girl came in and just blew everyone away in the studio, we couldn’t believe how good her voice was. Yeah lots of bands and DJs from Mark Ronson to Florence, I’ve supported a lot of people in the early years and yeah it’s great to see they’re doing so well.

Who would you say are the best new/unsigned artists are at the moment?

Oh crikey that’s a good question. I really love Esther Joy Lane from Oxford, she’s really brilliant. Then this guy called Compton White he’s a brilliant producer kind of totally unknown at the moment so he’s going to be pretty big. Those two are the ones that I’m really loving at the moment.

As you already mentioned, you’re the cofounder of Bestival, how did you go about starting it up?

Again, I was always kind of throwing parties and that just kind of got bigger. I started going to festivals myself and then thought ‘hey why don’t we put one on ourselves?’ I never thought that we must do a festival, it was sort of one of those things that just happened. It then turned into a much bigger thing. The first festival was 4000 people so it was just a little show and then it just grew every year so it kind of went away at its own speed and the rest is history.

Who played the first year?

Fatboy Slim, Basement Jaxx, a band called The Bees from Isle of Wight who were big at the time, so yeah, I was at Radio 1 and I knew a lot of these guys, they’re sort of mates so yeah managed to persuade a lot of them to come on board for the first year.

What would you say is the hardest part of running your own festival?

Selling tickets and talking to the bank manager, it’s the boring things really. Actually putting the show on is not that tricky but it’s the boring financial side that is probably the most stressful and there’s so much competition that you’ve got to be really on your game and ahead of the rest of them.

Who is your favourite booking since it started?

Good question, umm, probably Stevie Wonder just because no one else had really booked him for a long time in the UK and it was just the dream booking and he was absolutely amazing. He was on really good form, the crowd were singing every word and it was a really memorable two and a half hours.

Yeah, that one kind of speaks for itself on why it’d be up there. Who would you most like to play in the future?

Well, I think it was no secret that I’d have loved to have Prince play Bestival and we kept on getting closer and closer every year and this year we got really close to getting him to play in September but obviously that’s never going to happen now and David Bowie as well was always on our list, two legends down. There are still people like Dolly Parton I’d love to have play. Kendrick Lamar I’ve got close to but that’s not happening.

Is it frustrating when you really want to book someone and it falls through or you can’t get them for whatever reason?

It is yeah but you’ve just got to roll with it, you’ve just got to harden up, I used to get upset and mope around for weeks on end worrying that I’d lost someone but you just can’t get like that, you’ve just got to pick yourself up and keep going. I’m in that position at the moment with the Sunday headliner for Bestival, I’ve just had 2 big acts not happen for me so I’m back to the drawing board. Something always happens, it’s like Missy Elliott turned me down with 6 months to go and then I went back to her and she agreed to the gig so I guess good things come to those who wait.

I saw the bouncy castle on Twitter, how long did it take to put that up?

Well the photo is of the guys in, I think it’s in Hungary or Holland, I can’t remember which country it is, but those are the guys that actually built it, so we haven’t actually put it up in England yet we are putting that up tomorrow for the first time so I’m not sure, we’ve got to read the manual and instructions and try and get it right.

Is it all in separate parts that you’ve got to put together then?

It’s just in 4 big rolls each with their own blower and you just stick it together I think. Maybe a bit of Velcro and double sided sticky tape.

That’s going to be chaos. So far what is your career highlight?

Umm, crikey, too many brilliant things but I think getting a letter from Elton John 2 or 3 days after he played the festival, saying how much he loved it and that it was one of his favourite ever concerts and how amazing the crowd was at Bestival, it was a hand written letter and to be honest in the 12 years that I’ve done Bestival I think I’ve probably only had 3 or 4 thank you notes or even emails from anyone so it was incredible to have this hand written letter from Elton that he’d obviously taken time to think about and write. It’s a stupid little thing really but it actually meant a lot.

That’s not stupid, that’s lovely. What is your favourite track of all time?

Yeah, and just to sum everything up, you already do so much, but what’s next for you?

I’m really interested in film music so we’ve just launched a new company called Earworm and we are going into film music and scoring and making music for adverts and stuff so yeah maybe try keep the festivals going but move into making more music because I’ve always made music on the side, I’ve just never had time to do it properly so that’ll be nice.

Film music would be amazing to do!  I wish you luck and thank you for speaking with me!

Cheers for doing the interview, cya.