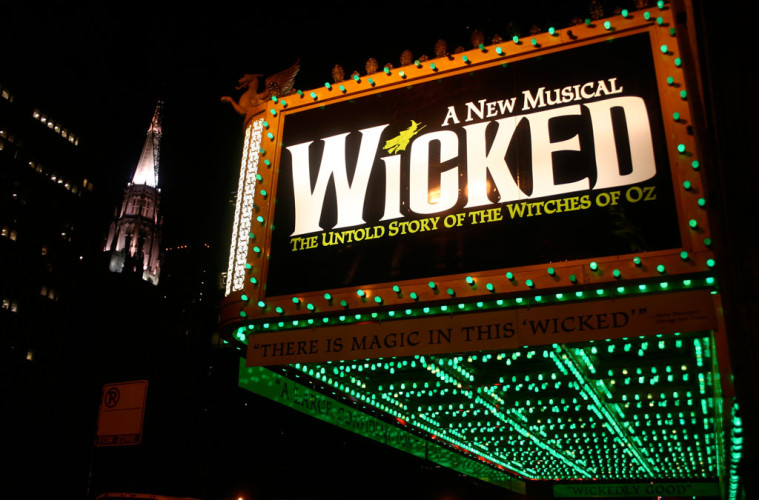 London’s West End has a multitude of fantastic and fabulous shows and musicals but one of the most popular in recent years is Wicked at the Apollo Victoria.

Most of us are familiar with the original tale of Dorothy Gale and how her farm house came to land in Oz, but what happened before the twister arrived in Kansas? Wicked tells the story behind the Yellow Brick Road and explains how two young witches chose very different paths, and how one became known as the good, and the other as wicked.

If you’re planning to go and see a show soon here’s 5 reasons why Wicked should be the top of your list.

Susan Hilferty’s costumes designs are simply breath taking. From the elegant Shiz uniforms to Glinda’s beautiful bubble dress, Wicked contains perhaps some of the most stunning costumes in the whole of the West End.

Songs:
This musical contains a brilliantly catchy and a brilliantly powerful score performed by a range of fantastic performers. Songs like Defying Gravity and No Good Deed will give you goosebumps whereas songs like What Is This Feeling and Popular will make you cry with laughter. I have no doubt you will be singing the soundtrack your whole journey home.

Setting:
The setting for this production is bright, beautiful and extremely clever as you are transported to Oz from the opening scenes. With instantly recognisable locations like the Yellow Brick Road it’s easy to become so entranced in the world before you.

10th Anniversary:
This September the cast and company of Wicked London will be celebrating their 10th year running in London’s Apollo Victoria. What better time to go and see this fantastic production than during their birthday period?!

Wicked is not only running in London, but also in Bradford’s The Alhambra Theatre until the 21st of August where it sets out on an International tour.
For more information about either production head to the Wicked UK website.