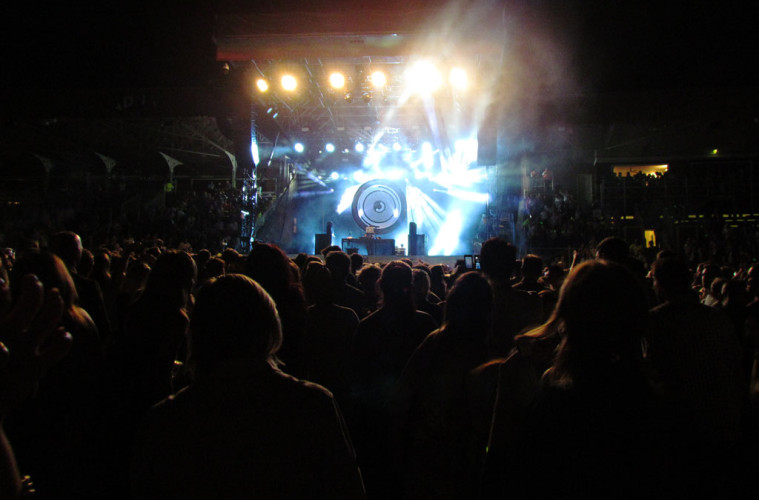 The 22,000 capacity appeared to be fully reached. Mark Ronson played the familiar classics including Soft Cell Tainted Love, Fat Boy Slim Praise You as well as his massive hit Uptown Funk.  Everyone was waiting for the moment he played Valerie by Amy Winehouse and they weren’t disappointed, as it was played around half way into his set. It was a sad moment when he asked the crowd to raise their hand if they loved Amy, and as you can imagine the crowd went crazy.

The venue itself was fantastic. It’s so much bigger than what I expected with big screens and an electric atmosphere, definitely worth taking the time to visit. Mark Ronson was quite the showman as ever regularly leaving his spot and dancing at the front of the stage waving his hands, constantly engaging with the audience who loved every second of him.

I found the venue to be so unrestrictive – you could walk right to the top of the stands and look at the view, or walk along the grass at the back. A great choice of so many bars and places to eat, the Pimm’s tasted so fantastic that I didn’t begrudge paying the £6 at all. The bars were beautiful and so many places to sit and relax without feeling crowded, despite the volume of people present.

I think everyone wanted Mark Ronson to play for longer than the two hours, but never the less, feeling blessed to have witnessed one of the world’s most incredible stars was something I’ll remember for a long time.