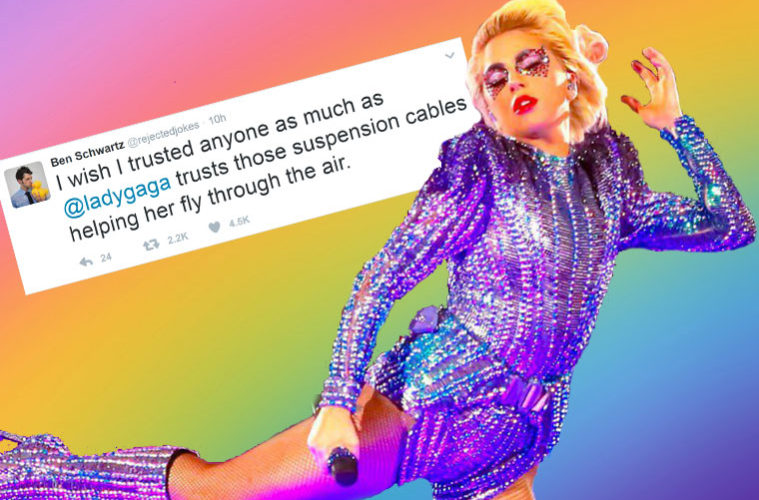 Lady Gaga slayed the half time show at this year’s Superbowl. Here are some of our favourite tweets regarding her rather heart-stopping performance…

Gaga out here teaching people how to get over Trump's wall like: #Superbowl #HalftimeShow pic.twitter.com/MTjnCsr4uY

I wish I trusted anyone as much as @ladygaga trusts those suspension cables helping her fly through the air.

Me jumping to conclusions pic.twitter.com/P8B40wHrod

I'm not sure, but I think Lady Gaga just made America great again. #SB51

Lady Gaga covered more ground on the field than the Patriots. #SuperBowl