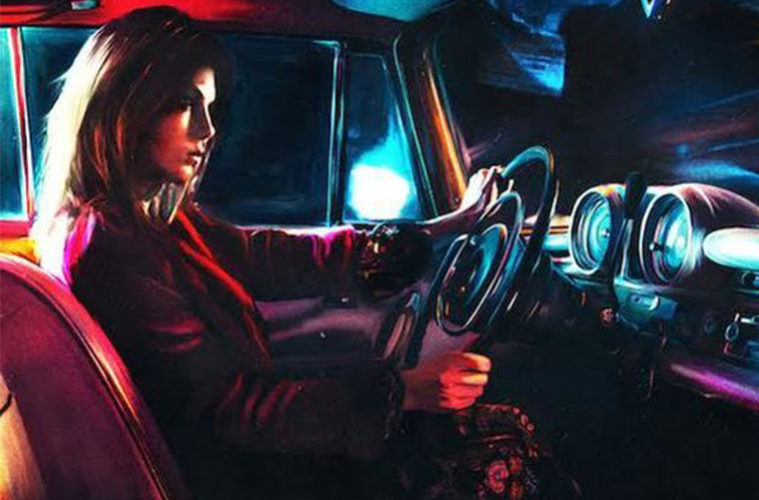 Sunday night saw the ever brilliant Bear’s Den return to Leeds after just over three years. They came back three men, and a truck full of electric guitars stronger.

The upgrade from Holy Trinity Church in 2013 to the O2 Academy was one that was massively deserved, and the packed out venue certainly reflected this. It’s easy to forget, as a follower of this band for many years, that they are no longer a three-piece where Kev (Jones) used to play keyboard, drums and bass all at the same time in order to create that thunderous feel of a full band. They are now a well established band with two records under their belts.

Bear’s Den were met with howls and absolute frantic uproar as they appeared on stage under a lovely blue haze and absolutely kicked Leeds into place with their title track from the new album ‘Red Earth & Pouring Rain’ followed by the stunning ‘Emeralds’. There is such a great War On Drugs sounding riff to Emeralds that it is almost impossible not to bop your head along. It was lovely to hear people so intently dedicated to singing along to every single word of their new, and old songs, that it was understandable why there were smiles from ear to ear across the band on stage.

Fan favourite ‘Elysium’ rang out next, but not before [Andrew] Davie shared his thoughts on the possibilities of dating a tiny Julia Roberts in the film, Hook. A complex theory began to unfold as to whether he would want to be smaller or whether he would want her to be bigger, a scenario that was sure to be in the heads of many people for the rest of night. A newer song entitled ‘Berlin’ rang to the back of the room and was met with open arms and teary eyes which was highly anticipated as it held a scrunched fist of delicate lyrics such as, ‘we’re just two little people in a sea but know that it meant everything to me’.

Another Bear’s Den classic ‘Above The Clouds Of Pompeii’, played the band out just before their encore which Davie insisted was “not planned” and that they definitely weren’t going to go just sit in the corridor for a few minutes before coming back out. As soon as the riff begins for this song, you just know people are going to lose whatever of their minds they have left after standing in a hot venue for three hours. It has become something of an anthem whenever you see Bear’s Den play, even though it’s a relatively pretty song. People just can’t help but sing their bloody brilliant hearts out.

‘Bad Blood’ came at the crowd like an emotional tidal wave as the band unplugged their instruments, stepped away from the microphones and asked if it would be alright to do something a little quieter. Consequently the most beautiful acoustic performance of Bad Blood was delivered to a completely silent and captivated Academy audience.

Overall this was just a really lovely gig, and no matter how old you are, or what “type” of music you normally listen to, there’s nothing better than experiencing a great show put on by possibly the most charming men in music!