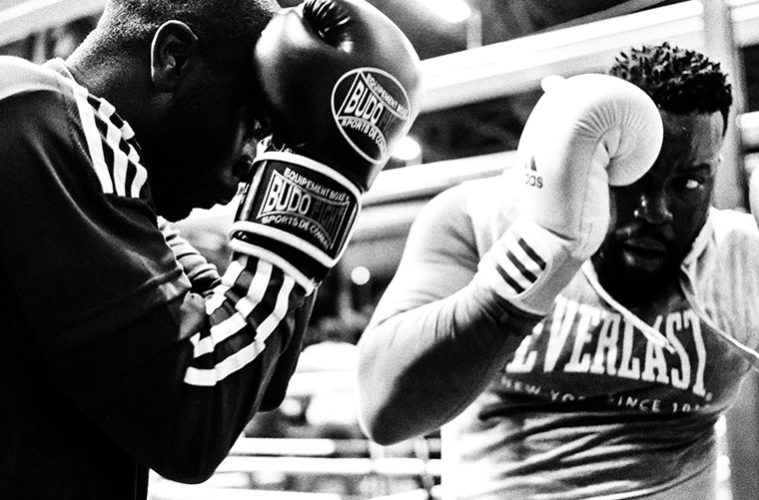 Boxing: What Chance Does Anthony Joshua Have?

Klitschko might be the most dangerous boxer ever, but what chance does Anthony Joshua have?

Wladimir Klitschko came into the division at the twilight of the Lennox Lewis era. The fading sunset of the last great heavyweight epoch that we saw in the 90s shed a tear as Holyfield and Tyson were beaten into submission, Tua and Mercer retreated into the shadows, and Ruddock and Bowe decided to slowly hang up their gloves. The fall of the USSR in that decade had led to the floodgates opening and across the Atlantic came a new threat- big, tough, strong, efficient East Europeans and Russians and slick, technically adept Cubans, started entering the fray with a remnant, a vestige, of nationalist, ideological fervour pushing them onwards and upwards through the ranks of boxing’s talent ladder and slowly, the old guard faded. Then came the Klitschko brothers.

Wladimir Klitschko remains, in my eyes, the most terrifying boxer to stalk the ring. If you sent Wladimir Klitschko back in time to ancient Greece they’d think he was some kind of genetically altered supersoldier built to lead the charge against enemies of the realm. At 6’6’’, around 250lbs lean on fight night, and noted as one of the hardest hitters ever, you don’t have to look any further than his early fights with Charles Shufford and Francois Botha to see the immense damage the boxer is capable of inflicting. Yet many weren’t watching the young Wladimir as he was steamrollering opposition with aggressive power punching in his early career, when he was at his physical peak. Instead, he is remembered as the jab-jab-clinch fighter that emerged as his training paradigm shifted (thanks to Emanuel Steward’s involvement) to become more risk-averse, taking less damage whilst remaining similarly dominant.

It’s unlikely Wladimir is the most skilled boxer ever. It’s unlikely he is the ‘greatest ever’- a title usually, and quite rightly, given to Muhammad Ali, though Joe Louis and a handful of others have a fair argument. However, when it to pure damage output, very few boxers in history could be considered above Wladimir Klitschko. You don’t reign over the heavyweight division for a decade unless you’re a seriously dangerous fighter in the ring. In a 2004 interview with Gary Pino, the great Freddie Roach claimed Wladimir hit, punch for punch, harder than Tyson. Sparring partners remark on Klitschko’s unparalleled power, and the surprising speed that accompanies the right straight and the left hook, if they ever get past the numbing jab.

Meanwhile, Anthony Joshua has been steamrollering opponents in similar fashion of a young Wlad. But a glance at their relative ability and Joshua remains something of an enigma in the heavyweight division. His best win is probably Dillian Whyte, who struggled and (in my eyes) lost a close fight against an old Chisora, who himself struggled to rise above the level of a top domestic threat. After his victory against Ugonoh, the 6’7’’ Dominic Breazeale could be considered a solid win, but he’s also something of an unknown at this point. Eric Molina gave Wilder some trouble, but Wilder again is a boxer who is considered maybe even more unproven than Joshua. For all we know, Joshua could be completely outmatched vs elite heavyweight talent- guys like Wlad, Luis Ortiz, Alexander Povetkin (if he fights again), and Tyson Fury (if he fights again).

The reason, then, that Joshua has a strong chance against Wladimir is because the 41-year-old hasn’t looked like an elite heavyweight since beating Pulev in 2014. Against Bryant Jennings it looked like he’d lost speed, power, and killer instinct that he had used on his path to the top. Against Fury he looked completely lost, and a shadow of his former self.

So the Joshua fight boils down to two factors: how much has age ravaged Wlad’s incredible physical tools, and how much does he want it?