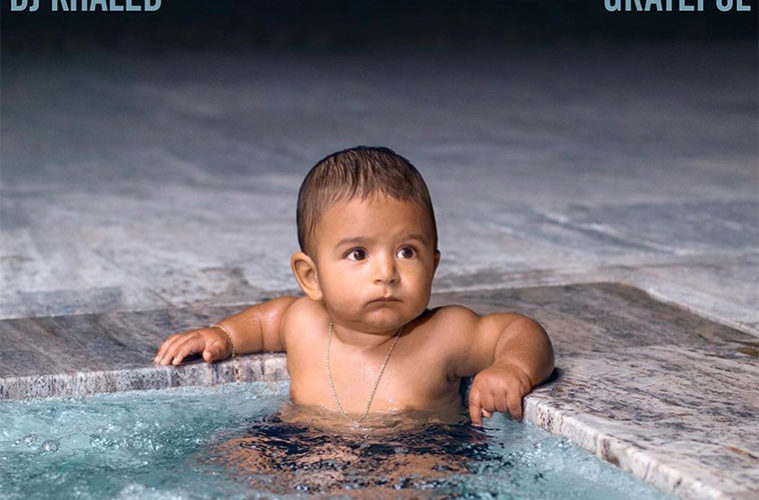 I’m starting my summer off right by listening to the newly released album, ‘Grateful,’ from American record producer, DJ Khaled. I suggest you do the same.

During the intense lead-up to the release of ‘Grateful’ DJ Khaled released three songs from the album. The leading single from the new album is called, ‘Shining.’ ‘Shining’ features Beyoncé and Jay-Z, fans were more than excited to hear a collaboration from one of hip-hop’s biggest power couples. DJ Khaled samples Dionne’s 2003 ‘Osunlade’ track in ‘Shining.’

The second single release from ‘Grateful’ was a huge rap collaboration that I thought was going to be this summer’s biggest anthem, ‘I’m The One.’ This record features 1 of 3 Migos’ Quavo, Lil’ Wayne, Justin Bieber and Chance the Rapper. This record is a huge summer hit, one where you can imagine yourself sitting pool-side sipping a piña colada listening to it. Although, this could be because all the girls in the music video are sitting pool-side…

‘Wild Thoughts’ featuring Rihanna and Bryson Tiller was released shortly after. This song is the official summer anthem, DJ Khaled decided to sample Santana’s 1999 rock/pop tune, ‘Maria Maria.’ Fans were more than pleased with this chosen sample and the justice Rihanna and Tiller gave the original song. The music video was released at the same time, and Barbadian queen, Rihanna looked amazing to say the least.

Asahd Tuck Khaled, DJ Khaled’s son who is less than a year old has been named and credited as one of the exclusive producers on the album. Asahd Khaled has become a social media icon with help from his father of course with over 883k followers on Instagram.

DJ Khaled has been producing and releasing music for years now and in recent interviews Khaled has spoken on the impact having a child has had for him and his music, the experience has changed him.

You can stream ‘Grateful’ via Spotify and Apple Music and purchase the album via iTunes now and enjoy your new package of summer anthems!