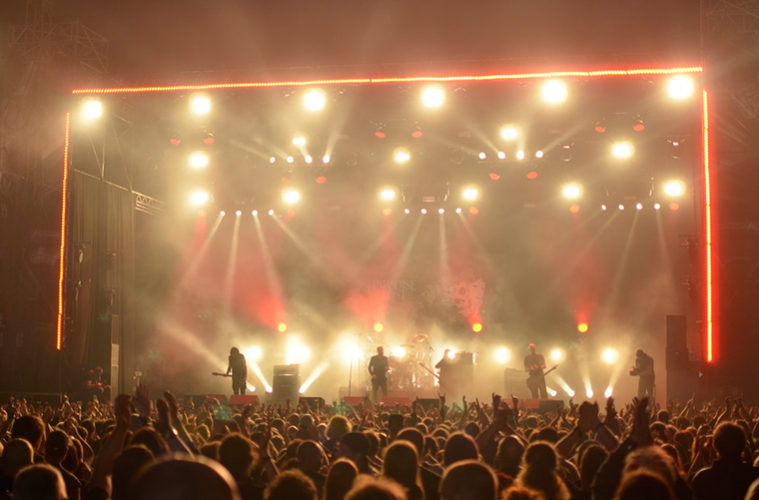 Festival season is coming to an end, nooooooo! But, what an amazing season it has been. Festivals are a vibe every year, regardless of how big or small the line-up. However, there’s always the odd few that stand out. Here’s my best festivals of 2017.

Situated in the rolling hills of Weatherby, somewhere between Leeds and Harrogate, was a little festival that created a big flippin’ hype! With a killer line up featuring Sacha, Hot Since 82, Seth Troxler, Hannah Wants, Martinez Brothers and many more, this day event was never going to disappoint. Each year the festival is based in a different location around the north, and let’s just say this year’s location was on par with the artist line up – on point.

They also had a pretty impressive VIP area, with its own DJ set, and a pimm’s bar for the classier students. Tell me one day festival you’ve been to that had an outdoor cinema? Or an oxygen tent. This VIP area really did make you feel like a very important person.

A lot of festivals have recently been scrapping the cash and using drinks vouchers, to sae time and hassle. Mint festival offered this service this year, and it worked a treat. No queues, no losing tenners, no arguing over who owes who money. 10 / 10 for effort, Mint.

Up north is rapidly becoming known for Parklife Festival, and each year I see more and more festival goes travelling from even further afield. Located in Heaton Park, the spacious festival sight means that you can stumble upon new exciting tents and food hot spots each year. This year, the line up included Frank Ocean, The 1975 and London Grammar. Also on the bill for the two day festival were Two Door Cinema Club, Eric Prydz, Stormzy, Giggs, Rag ‘n’ Bone Man, Fatboy Slim, Jamie Jones and Anderson .Paak, who recently supported Bruno Mars on his world tour. You make the Northern’s proud, Parklife!

Every year that I have been to Glastonbury, my experience has been totally different. Probably because Glastonbury is one of those festivals that suit every person, no matter how old you are, what music genre you like or how muddy you wanna get. You can glam it up, or you can sleep under the stars. Families are welcome just as much as hard core ravers. This year, I went for the more mature approach. I watched live theatre shows, I ate amazing food, I even had afternoon tea. The weather was spot on, with heats reaching up to 34 degrees (and yes, I did burn severely). The vibe is always hippy, eco-friendly and welcoming, and they get it right every single year.