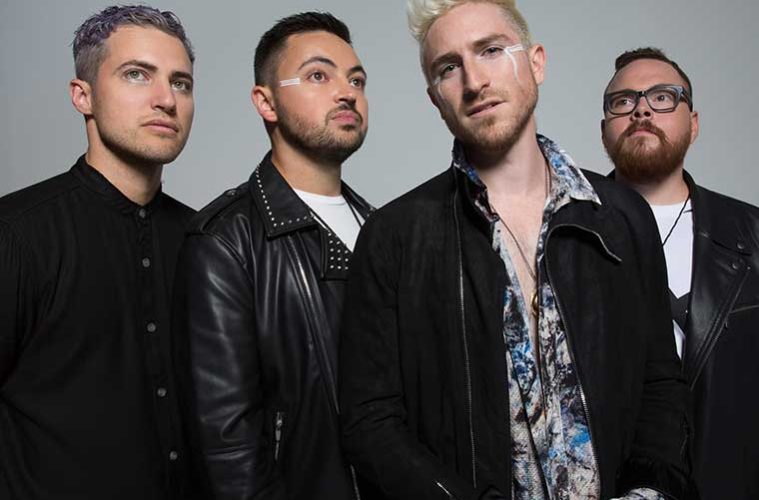 WALK THE MOON on their struggles, meaningful recent music and future plans

Since forming in 2006, WALK THE MOON have had immense success – starting with singles such as ‘shut up and dance‘, which gained them masses of acknowledgment. WALK THE MOON’s last year has been a troublesome one; with the band members all having their own personal issues leading them to cancel their first headlining tour, they found themselves drifting apart.
We caught up with WALK THE MOON to discuss how they overcame this, and what the future has in store for them.

Q1. For those who don’t know WALK THE MOON, how would you explain your sound?

WALK THE MOON plays 80s inspired ecstatic rock ‘n’ roll which aims to get you crying and dancing all at once.

Q2. If you guys hadn’t have taken the musical route, what would you all be doing now?

Q3. Is it important to you to send a message via your music to your fans?

Absolutely. We definitely want fans to feel empowered and less alone when they listen to our records or come to our shows. Furthermore, it’s important to us that our shows and our community feel like a safe space for all people. WALK THE MOON represents acceptance. You’re free to be yourself with us.

Q4. How do you feel about being back on tour?

We’re loving being back on the road right now. It’s been several years since we last toured, and it feels great to be playing in front of people again. And, to make it all even better, we have this new record – ‘What If Nothing’ – which we’re super excited to be playing for the first time.

Q5. What’s been your biggest achievement so far?

Selling out Red Rocks in Denver, Colorado, was huge for us. Also, we continue to love to watch “Shut Up And Dance” pop up at places – TV, weddings, amateur dance videos – it’s been fun to see that song take on a life of its own.

Q6. Any advice for aspiring bands out there?

The biggest thing is just to do it. No one is going to come along and do it for you. Don’t wait for anything – get out there and make something happen.

Q7. When you’re not in the studio making songs, what music do you listen to?

We all listen to different music, which might account for some of the variety in our own catalogue. Nick really digs on producers like Photay. Kevin loves the Red Hot Chili Peppers. Eli listens to Bon Iver and Father John Misty. And Sean could literally be listening to anything.

Q8. Who inspires you?

We love artists who change constantly, like David Bowie. Artists who really push and explore and never become sedentary. Those kind of careers really inspire us.

Q9. If you could choose to collaborate with another artist, who would it be?

David Byrne. We’re all huge Talking Heads fans, and David has gone on to do so many amazing and creative projects. Would love to work with him some day.

Q10. How has the feedback been from your latest album, ‘What If Nothing’, been?

We felt like we were going a little out on a limb with this record. We were pulling from some very intense personal experiences when we were writing the songs, so we felt a little exposed releasing them. The reaction from our fans has been absolutely incredible. We just wrapped a big tour of North America, and the very first night, everyone knew every word to the new songs. We’re feeling great right now. 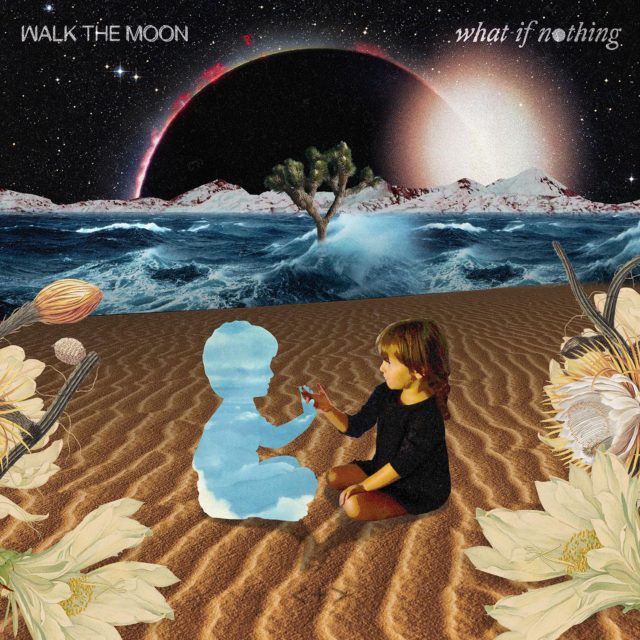 Q11. How would you say the band’s music has changed since you first started out?

I think we’ve all grown up a bit, and that changes our perspective on life, which, in turn, changes the perspective we convey through the music. We couldn’t have put out ‘What If Nothing’ seven years ago when we were starting out. We had to go through some stuff and grow as people before we could write these songs.

Q12. Do you have any plans for new music any time soon?

We’re always writing, but for now, the focus is touring and taking the music to the people.

Q13. Do you find it difficult spending so much time on tour?

There are moments, for sure, when it’s taxing to be on tour so much. But that hour and a half on stage each night – with the fans singing along – always makes it worth it.

Tour, tour, tour. After the UK, we’re headed on a two month tour of North America with Thirty Seconds to Mars, which we’re very excited about. Hopefully we’ll be back in the EU/UK before the year is out, though!