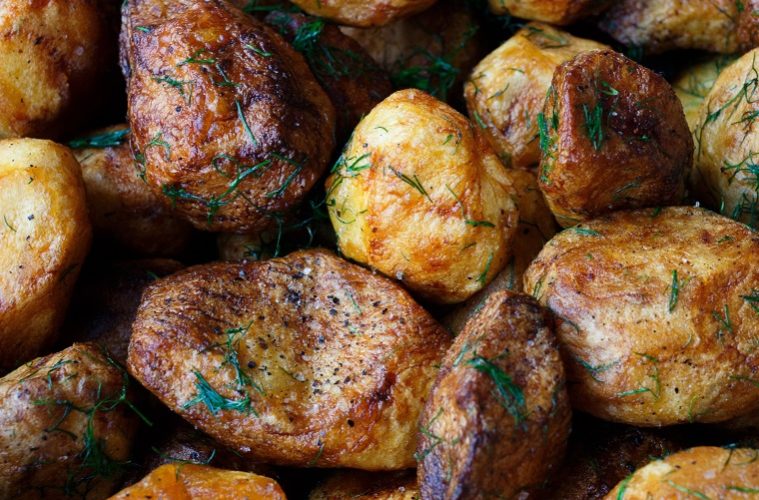 These perfect roast potatoes will change your life

A roast potato is like Sir Ian Mckellen; iconically British and will steal the show from whatever it’s placed near. Perfect potatoes are the holy grail of a Sunday roast and will either make or break the meal. No, these won’t be as good as your grandma’s, but still, this is a pretty good start.

1kg Potatoes: The first step is choosing the right potato. You want a floury one like King Edward or Maris Piper. This makes the roasties fluffy on the inside and crispy on the outside.

Oil or goose fat: (Goose fat is ideal – but it’s expensive so maybe save this for Christmas. I know this sounds crazy, but a 50/50 mix of olive oil and vegetable oil works really well.)