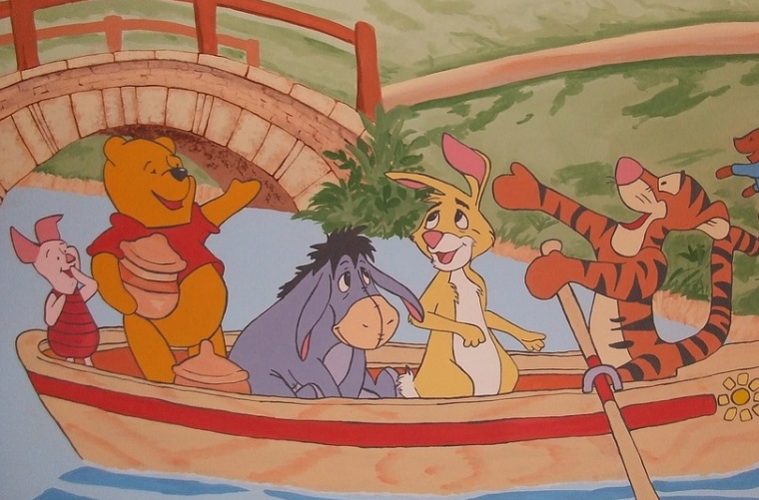 Christopher Robin: Why We Need Winnie The Pooh

Christopher Robin is the latest Disney movie to take the world by storm, following the inspiration for A. A. Milne’s Winnie The Pooh books after he is all grown-up with a family of his own. Set in London and capturing the adventures of Pooh and the gang as they attempt to save Christopher Robin from the pressures and solitude of adult life, this is definitely the epitome of ‘a big, comforting hug of a film’ (GamesRader).

Ever a fan of Milne and his writings from childhood and beyond, the past few years have been such a treat with the number of screen adaptations of his life and works popping up around the globe. It is especially comforting to see entertainment digging into the issues below the surface of this success, such as the struggle that Milne and his son had with the cult classic fame that ensued after publication and beyond. Whilst it is not the creation Milne wanted to be known for, Christopher, Winnie and his friends have stood the test of time for some very important reasons.

The figure of the grown-up and the juxtaposition of light country tale with the harsh reality of modern city life is perhaps the first big indicator of how and why we still need stories such as Winnie The Pooh: In fact, why we need these stories now more than ever. Originally written to provide some brevity and happiness after the end of ‘The War To End All Wars’, in our Twenty-First Century world full of technology and chaos, it can be tales such as these which remind us to slow down and enjoy our lives.

Being able to find again the joy and excitement of childhood for the simple things has long been recognised as the centre of all happiness and well-being. Is it any wonder that when Christopher Robin is unsure of where to find guidance or how to move forward, his first instinct is to reach back to the bear who used to bring him comfort after nightmares or go on the most fantastic imaginary adventures with him?

Watching this movie before the beginning of a very busy year has reminded me of some extremely important things. It’s reinforced those messages of the need to place those I love and the things that make me happy in the long run above the things that I do in attempts to please others and fit the expected role of a successful individual. I would so much rather be healthy and enjoying life than confined to the boxes far too often created by social media and wider public perspective.

And most poignant was that blend of silliness, wisdom and melancholy. A favourite quote being Winnie The Pooh’s ‘people say nothing is impossible, but I do nothing every day!’ has become my new motto as I embark upon a similar exploration of my own life. So why do we still need Winnie The Pooh after all this time? Because once he’s in your heart, you’re friends forever.