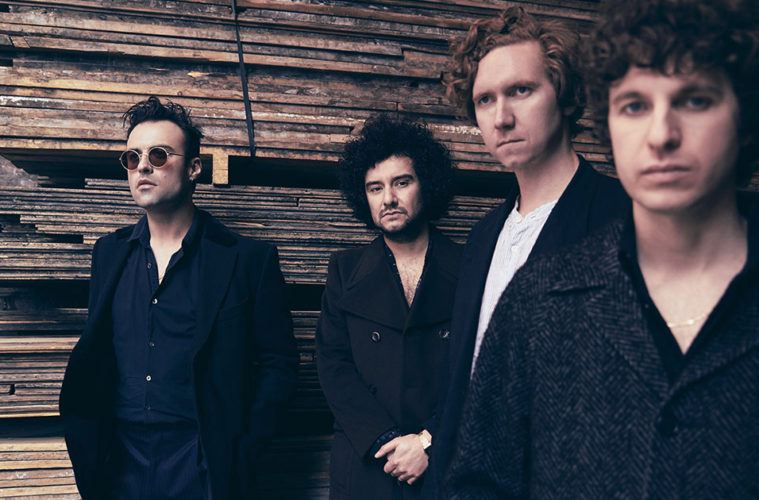 Hugh Harris, lead guitarist of British national treasure The Kooks, on their comeback and new music…

Hi Hugh Harris! Thanks so much for taking the time to speak to us! What did you all get up to on your hiatus after the tour and release of your albums ‘Listen’ and ‘Hello, what’s your name’?

I went to Lakshman Jhula at the foothills of the Himalayas to live in an ashram. It’s important to keep the inside healthy as well as the outside, especially in this job.

What’s life been like in the public eye for the last 14+ years?

It has been very interesting. We had a grass roots climb from hard work and touring, which then became an explosion. Our boat was rocked a few times from this explosion and nearly sank, but right now is steady. I wouldn’t say the public eye has ever been something we have chased, luckily – we prefer the public ear.

How would you say The Kooks’ sound and band dynamics have changed during this time?

We are always improving our sound and method of delivery. Although after going off-piste with ‘Listen’, I feel we are now able to define and stick to our strengths. This is what we’ve done with ‘Let’s Go Sunshine’. It’s a little less experimental, but much more ‘Kooksey’.

Have you ever had difficulty finding your own sound whilst under pressure from labels and fans?

We’ve always found it difficult to find our own sound under pressure from ourselves! We don’t exclude genres or styles, so our umbrella is vast – and that can be hard sometimes for people to understand. Kooks fans are subjected to a ridiculously broad collage of sketches, but that’s what makes it fun.

Can you tell us a bit about the meaning and inspiration behind your latest album ‘Let’s Go Sunshine’?

It’s a return to form so to speak (or format, at least). We are honed in on our strengths and the one thing we love doing. There was no room for flab. It’s all concentrated, structured motifs which deliver and echo what we set out to do in the beginnings of the band.

What would you say are the best bits from ‘Let’s Go Sunshine’?

For me it’s the freedom of woven guitar melodies which I really enjoyed making.

What would you say has been your biggest achievement to date? Do you have any ultimate life goals you are yet to achieve?

Biggest achievement to date is having a daughter and being a good parent. I don’t have any ultimate life goals, but I want to one day learn another skill with my hands like kilim rug weaving or sculpting; something artistic which involves a skilled process.

What is your most rock ‘n’ roll story from your time as a band?

Aside from all the clichés (of which no stone was left unturned), the most rock and roll moment has been supporting the Rolling Stones. We passed Ronnie Wood’s dressing room where ‘Street Fighting Man’ was blasting out and said, “Listening to the stones, are we?” He replied, “I’m still tryin’a learn dis shit maaan!” Legend.

What has been your most embarrassing moment?

I’d like to think I don’t easily embarrass, but I once jumped head first into a bush on a stag do. The bush was made of prickly brambles and for the rest of the trip I had to remain static, which provided the suited appellation ‘robo-lad’.

When you start the writing process for an album like ‘Let’s Go Sunshine’, do you have an agenda on the music you want to produce, or just go with the flow?

With LGS there was a conscious movement between the band and our team to aim for something more direct, which speaks strongly to our fan base and the intrinsic traits of the band. It was about drilling to the core of our band and harvesting its essence, and not getting sidetracked too much by our natural tendencies to experiment.