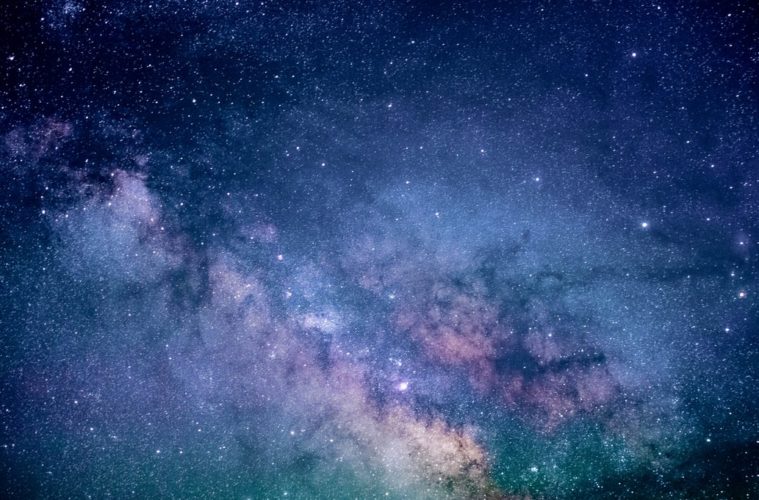 What to Expect From Bethesda’s Starfield

Familiar words to any avid science-fiction fan who has long followed the genre. For those out of the loop, these words are a popular hallmark of the celebrated science-fiction series, Star Trek. It follows a crew of explorers on board an interstellar starship, exploring the galaxy to unearth alien worlds and species. The mythos and audience of Star Trek is what Bethesda is aiming to capture in their much-anticipated upcoming RPG Starfield.

Originally shown for the first time at E3 2018, with a cryptic teaser trailer. The trailer depicted a structure suspended in Space, moments before a cataclysmic event interrupts the serenity. This brief glimpse at what’s to come set the internet ablaze with speculation. However, much to the dismay of many, this speculation would endure for 3 years after the teaser’s debut. Until then, only the game’s title and setting would prove enough definitive information to go on.

That is, until the Xbox and Bethesda Conference of E3 2021 which took place Sunday June 13th. Sci-fi fans and avid gamers got their first glimpses of the game’s world and characters. The presentation ended with the announcement that Starfield launches officially on the 11th of November 2022.

By this point, agonising waits are a familiar facet of the hype surrounding this game to its close followers. However, at least in the case of this particular showing of Starfield, fans were treated to concrete details and imagery. Armed with this teaser and a smattering of confirmed details and clues left behind by the game’s director Todd Howard, I aim to provide you with my take on what fans and newcomers can expect when Starfield launches late next year.

To those unfamiliar with the studio, it’s previously critically and commercially acclaimed works include the critically acclaimed Skyrim. Belonging to The Elder Scrolls series, Skyrim is lovingly crafted using cliche fantasy tropes, creatures, and settings, all clashing together. The company’s secondary property is the equally beloved and successful Fallout series, a personal favourite of mine. Best described as a post-apocalyptic smorgasbord of wacky sci-fi weapons and characters, Fallout takes place in a post-nuclear 1950s-era world. Though they couldn’t be more distinct from each other, both series have over time found their footing in gaming culture.

Since their inception, these franchises have gained huge, dedicated fanbases over their decades of establishment in the gaming world. Thus, one can imagine the daunting task that lies before Bethesda as they introduce both fanbases to their newest world. 25 years in the making and not based on an existing series, Starfield has a lot to live up to. Nevertheless, they are committed to delivering on their promises of an intergalactic science-fiction adventure. One where you dictate who you are and what kind of reputation your character will have, as is RPG tradition.

This level of customisation and flexibility in defining your character is key to the Bethesda brand of Role-Playing Game. To see how they translate that template to a game with a vast, science-fiction world is almost unfathomable at this stage, with as little as we know about it. Todd Howard has gone on record as stating that the aim was to create a ‘Han Solo simulator’; presuming we play a suave, gunslinging space-pirate with a devil-may-care attitude. One can only assume then, that we can expect our player character to make similar decisions, defining our reputation as either a saviour or a scoundrel by the game’s end.

In past Bethesda games, these moral decisions often take the form of dialogue trees. Your character will dictate a positive, negative or neutral response to any Non-Player Character that engages with you. Enough of these responses given in any of those three moral standings will over time define your reputation.

The core narratives of previous Bethesda games have often been smaller, more intimate affairs. Usually, past games were localised entirely within a single setting. For Fallout, a single city or, in the case of Elder Scrolls, a country. Your actions and their consequences can dictate the future of that game’s setting. Even when this happens however, there is no guarantee the status quo that you have created will last indefinitely.

For Starfield however, we can speculate that the goal posts for choice and consequence in gameplay have shifted dramatically. Presumably, our character represents the last bastion of the human race, desperately searching for a new home. For this, we now have to consider that the consequences of our actions could now affect the entire species’ future. With this in mind, it’s safe to say that the stakes will be a lot higher for the player and their character in Bethesda’s upcoming odyssey.

It’s no secret that Starfield has clearly been influenced by science-fiction stories and tropes of years past. From the aforementioned Star Trek, to arguably the most popular space-based RPG video game franchise – BioWare’s Mass Effect series. Since both feature a human player character taking on the daunting responsibility of establishing humanity’s place on the galactic stage, drawing comparisons between the two can be a trivial notion.

However, the precise nature of these similarities is something worth dwelling on. Bethesda may understandably want to do everything it can to distance Starfield from Mass Effect and any accusations of plagiarism. So far, what is known about the game comes from the trailers, concept art and interviews from this past couple of weeks. Using these resources, we can gleam that there will be alien planets and races that the player will encounter. That being said, it’s clear that the particular brand of sci-fi Starfield seems to be displaying is grounded in nature. It is easy to assume then, that it will be unlikely that the alien races that we will be encountering will be as articulate and defined as they were in Mass Effect.

The general purpose of the narrative seems to revolve around humanity’s first steps into colonising the galaxy and extending our reach as a species. As a result, the main ‘threat’, will most likely be other humans spread out throughout the galaxy. I speculate that they may belong to various factions set up in the wake of our colonisation efforts. Some could be hostile; some could be friendly. These distinctions, and how you choose to approach them, will naturally be at the player’s discretion.

That is of course my own theory, based on what little information we have been given by Bethesda so far. The more I see of Starfield and its grounded tone, I cannot help but compare it with the successful science-fiction television series of the moment – ‘The Expanse’. In The Expanse, humanity finds itself in a similar situation, several decades deep into a colonisation effort. We are divided into factions, distancing ourselves to where burgeoning crises of racism towards humans of colonised worlds is underway. The ‘aliens’ in the story are noticeably absent and virtually non-existent at the time the primary narrative is taking place.

One piece of Starfield’s concept art that Bethesda posted gives us a glimpse of an encounter with an alien species. A large, featureless crab-like creature facing a clearly nervous astronaut, who observes it from a distance. Concept art is often, as the title suggests, a proof-of-concept for the world’s design and is not a sure-fire guarantee. However, the intent behind the art is something much more tangible. From the art above, I speculate that aliens in this universe will be nothing more than cannon fodder for the most part; something for the player to shoot at as they travel from A to B, completing missions and exploring the environment.

There may indeed be more docile creatures that you will encounter and most likely adopt and pet at frequent intervals. It does seem though that, much like The Expanse, the focus will be put on resolving social and political issues for the enterprising human race. Less emphasis will thus be put on the Mass Effect side of science-fiction storytelling; fighting, bartering, and of course romancing alien species the galaxy over.

Regardless of how the game will turn out, one thing that is for sure is that Bethesda is keen on returning to its RPG roots. To remind fans of just why they fell in love with the Bethesda brand of role-playing in the first place. To truly showcase the passion behind this game, the team posted a behind the scenes look for fans.

Watching this, it is clear as crystal that Bethesda is putting their heart and soul into an experience that will be enjoyed by everyone. Sci-fi fan, RPG fan or even a video game fan in general or not, Bethesda aims to deliver yet another memorable adventure.

The team have had their fair share of bumps in the road and creative missteps in recent memory, with the controversial debacle surrounding Fallout 76. Ultimately though, they are not intent on giving up and giving in to their detractors, despite these set-backs. Come hell or high water, they are committed to steering themselves back on track in the eyes of their fanbase. Returning to their roots to deliver a traditional RPG in a new universe, with new mysteries and adventures to embark on.

After all, though they may stumble at the finish line and make mistakes along the way as they prepare for the game’s release on the 11th of November 2022, they are ready to show the world that this time – it’s not about the journey, it’s about the destination.