The Journey of Big Brands

Commercial brands influence our current society. When that student loan drops, they become a brand-new customer who has yet to build meaningful brand relationships. Freshers are thrown into a world of new possibilities, and new doors open. They are eager to meet new people and experience new things, particularly new brands that they may not have been able to buy previously. Some businesses may employ student advertising methods to get their attention during their formative years, as these interactions can lead to lasting partnerships with the company. This post will go through the journey of major businesses including Apple, McDonald’s, Facebook (Meta Platforms, Inc) and how they promote to the student market to acquire their confidence.

So, we’ve all heard of Apple, but do we know how they got their start? Steve Jobs, Steve Wozniak, and Ronald Wayne founded the corporation in April 1976. That year, Jobs’ and Wozniak created Apple Computer in the Jobs family garage, laying the groundwork for Apple’s future.

A lot has changed in the last decade, and Apple, under its new CEO Tim Cook, is a completely different corporation than it was 10 years ago. Apple initially only sold Macs, iPods, and iPhones. Apple’s product portfolio has also increased and now includes iPads, the Apple Watch, Beats headphones, Apple TV, iCloud, Apple Pay, and other accessories. Customers use Apple and its services regularly throughout the day, thus they have improved accessibility inside their brand. It’s also no surprise that the software and design of their devices have evolved and become sleeker throughout the years. We can’t wait to see what the future’s new products will look like! 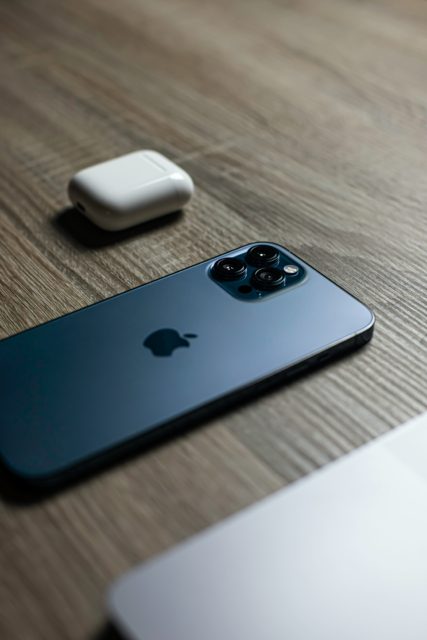 Do They Have A Student Advertising Strategy?

Remember those white Apple stickers you get when you open the box of your new device? Stickers that are applied somewhere noticeable, such as your car or personal items, were the marketing technique. This is a great marketing strategy as it is a low-cost marketing tool used by the company. This tool is fantastic for customers to demonstrate their support and connection to the company, or to show off your Apple goods to passers-by while advertising the brand. You’d appear awesome if you owned an Apple device or were involved in that industry.

This April Apple aired a new commercial in the US that shows high school graduates opening their college acceptance letters on Mac. The advert captures the moment students from a variety of backgrounds opened email acceptance letters on MacBook. This advertisement is powerful because it demonstrates how students are tied to Apple. For example, they would have applied for college using their laptop, surfed the web using their device so it aided them in college.

Apple provides discounts to current and newly accepted university students, parents purchasing on their behalf, teachers, and employees. You may acquire their products at a discount as well as headphones if you buy a Mac. They started with the third part accessory: Beats and now offer their Airpods. They also have a scheme where students may join Apple Music for a reduced monthly fee. Apple Music Student Plan now includes free Apple TV+ access. These strategies persuade students to buy their products, which works against their competitors.

A group of university friends launched a fresh social media platform in 2004 intending to link Harvard students through an online community. It was formerly known as TheFacebook, and its founder and CEO is Mark Zuckerberg. 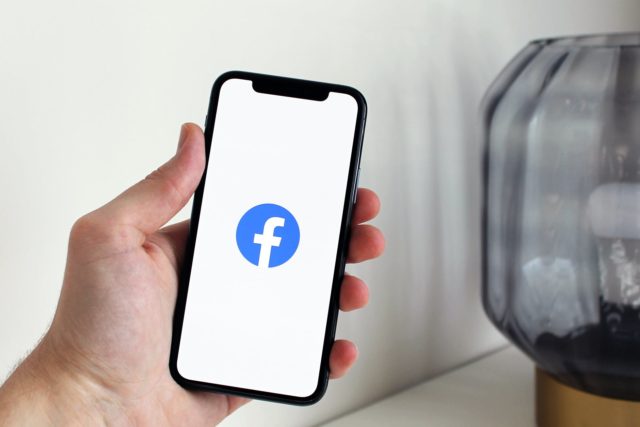 After purchasing the domain name facebook.com in 2005, the company changed its name for the first time, dropping the word “The.” After 16 years, Facebook has grown to become one of the world’s most significant social networks, with around 2.89 billion monthly active members. With new technology, the social media powerhouse continues to develop and expand its social network. Over the last 16 years, Facebook has bought 78 companies, including WhatsApp and Instagram.

On October 28, 2021, Mark Zuckerberg renamed Facebook. inc to Meta, short for Metaverse. Zuckerberg’s ambition is to link all owned Facebook companies through an online universe. The name change: Meta is Facebook’s most significant re-branding in company history. Meta is a Greek word that means “beyond”. According to Zuckerberg, the new name represents the idea that in the future, consumers will no longer need to use Facebook to access the company’s other services since they will all be integrated. Meta Platforms, Inc is looking to the future of technology as the Metaverse involves the use of VR headsets.

Students are Facebook’s target demographic; the company was founded to connect students. Facebook’s primary student advertising approach is to reach out to students through clickable adverts. Depending on your preferences, Facebook, and other applications to which it is linked, such as Instagram, may monitor your interactions with brands and companies to show you relevant ads. As a result, you may notice targeted student advertising or promotions from various student-based companies.

In 1955, brothers Maurice and Richard McDonald created McDonald’s. They created a restaurant system that would be known for dependably high-quality meals and uniform methods of preparation. They accomplished this through franchises, which allowed their restaurants to expand across the whole United States and around the world. By 1961, Ray Kroc had completely bought out the founders and was running the company on his own.

The corporation evolved throughout time as various CEOs were hired, such as Steve Easterbrook and the current CEO, Chris Kempczinski. They changed the menu by removing certain products and replacing them with new ones that satisfy people’s dietary needs, and they began offering breakfast all day. Sales have increased because of the changes. 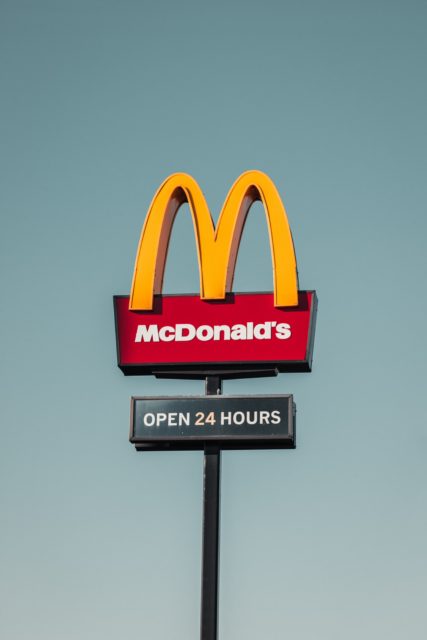 Do They Have A Student Advertising Strategy?

McDonald’s, the global fast-food restaurant brand, is symbolised by the Golden Arches. The symbol is  clear, simple, and easily recognised so has become a widely used marketing strategy for the organisation. The Golden Arches are tall and visible as you approach a McDonald’s, which attracts consumers.

Free Food For Students With Meal

McDonald’s has a clear and straightforward approach when advertising to their student market. Their promotion allows students to get free food when they order any sort of meal. This concept is fantastic since it encourages the student market to return and buy more food because they know they will obtain free items. All students need to do is present a valid student ID.

McDonald’s Monopoly is a sales promotion based on the Hasbro board game Monopoly. The game began in the United States in 1987 and has since spread around the world. This promotion draws in customers when they peel off the stickers on the package every time they buy a burger, drink, or fries. Some stickers may contain free goods that they can redeem. Others may have areas on the monopoly board where they may win cash prizes, vacations, cars, or other deals provided they gather the proper quantity on the right tickets. This concept is fantastic since it motivates consumers specifically the student market to spend more to have a chance at winning the rewards, which improves the company’s sales.

We hope that this post has given you a better understanding of brands, how they evolve, and the strategies they use to interact with the student market.