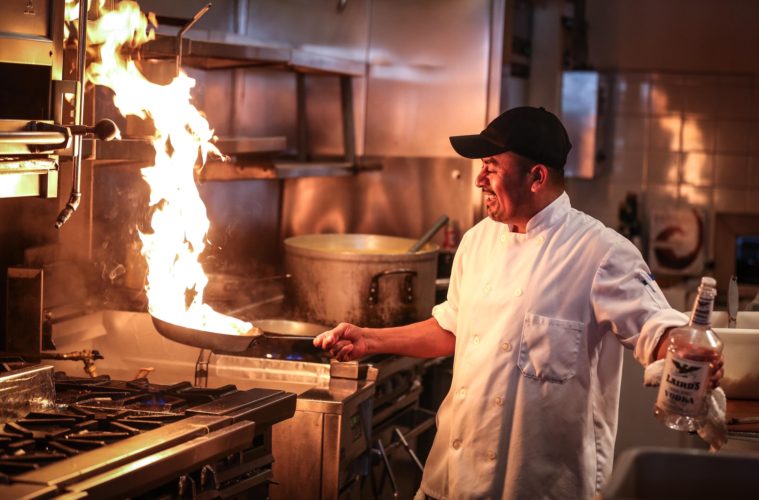 5 Top Food Vloggers You Should Check Out

Cooking can seem like such an effort sometimes, and why bother cooking when you can order in, right?  Ordering in or getting takeout is not only unhealthy but as a student it can get pretty expensive pretty quickly.  Cooking is a great life skill to have and can also be really enjoyable too once you get the hang of it, the question is where to start.  Watching videos is a great way to get to grips with cooking and what cuisine you like and these 5 cooking vlogs are some of the best around.

Sorted Food is one of, if not the biggest, food, cuisine, and cooking vlog in the UK.  It was created in 2010 by a group of friends who wanted to step away from eating ready meals all the time and hone their cooking skills.  Sorted Food are prolific and upload every Wednesday and Sunday, so there’s always something new on their channel for you to watch.  Out of the four original creators of the channel: Ben Ebbrell, Mike Huttlestone, Jamie Spafford and Barry Taylor, only Ben had any culinary training, so the channel thrives on making delicious meals using easy recipes that anyone can handle.  The channel makes a point of mixing it up with both ‘normals’ (home cooks) and ‘chefs’ (professional cooks) leading videos proving that you don’t have to have training to cook well.

As well as being very informative, Sorted Food is highly entertaining to watch, with series like ‘The Ultimate Chef Skills Challenge’ and ‘Recipe Relay,’ as well as the inclusion of guests from professional chefs to the likes of Emma Thompson!  Honestly, at first glance the vlog just looks like some mates having a laugh and hanging out while they cook, which is fine, but it is so much more in reality.  The guys take their time to walk you through everything you need to know (with videos around 15-20 minutes), so by the time you’ve finished watching you’ll feel like a chef yourself.

Created by Skyy John, the Tipsy Bartender is more of a cocktail vlog than cooking vlog, but that doesn’t mean there’s no food.  Red hot candy apples, fireball hot cocoa bombs, and the better than anything cake are just some of the sweet cuisine featured on Skyy’s YouTube channel.  Skyy moved from the Bahamas to LA to become an actor, bartending on the side to support himself.  Unfortunately, acting didn’t pan out; so Skyy decided to become his own producer, director, and actor by creating the Tipsy Bartender YouTube channel, showing off his insane bartending skills as well as his creativity and infectious bubbly personality.

The Tipsy Bartender has cocktails for any and all occasions, from Christmas and Halloween to Valentine’s day and Thanksgiving.  Skyy also likes to experiment with different sweets and chocolate so if you like sweet drinks look no further.  Skyy can make cocktails as fast as he can talk, which is pretty fast! With most of his videos only being 2 or 3 minutes, he makes it look like the easiest thing in the world while providing you with all the information you need to try it yourself.  He has also made a YouTube series teaching you the skills you need to become a bartender yourself.  The Tipsy Bartender is the definitive place to go if you want to make some crazy drinks but remember to always drink responsibly and as Skyy says ‘Stay Tipsy’ not drunk.

Cooking With Dog is a Japanese cooking vlog specialising in, you guessed it, Japanese cuisine.  The vlog was started over a decade ago and is still going strong today as one of YouTube’s top ten cooking channels. Designed to promote Japanese culture and cuisine to other countries, Cooking With Dog is narrated in English by Chef’s toy poodle Francis who sits beside her while she cooks.  Cooking With Dog shows viewers how to make all kinds of dishes from sushi to giant pacific octopus to green tea tiramisu.

Cooking With Dog has a calming more relaxed style than Sorted Food and Tipsy Bartender which are high energy and a little chaotic at times (in the best way), perfect for those who like cooking to be a tranquil and laid-back experience.  Chef shows you how to do everything with confidence, backed up by Francis’s expert narration, you can tell you’re in good hands−or paws.  It is obvious they care about their viewers always making sure to remind you to be careful and adding extra tips they know.  They also make the extra effort to display all the individual ingredients and the recipe and quantities they used at the end of each video, so you have everything you need in one place to try making the dish yourself.

Ever wondered what the moist maker from Friends would taste like? What about the burgers from Bob’s Burgers?  Well, this cooking vlog has the answers.  Babish Culinary Universe isn’t your ordinary cooking vlog, Babish seeks to make the impossible possible by taking cuisine featured in film, tv, cartoons/anime, and video games and creating it in real life.  Andrew Rea, aka Oliver Babish, wanted to combine his love of film with his love of cuisine and so started a vlog where he created food from recipes he came up with after watching his favourite films, games, and shows.

Babish shows viewers every step of the recipe very clearly making it easy to follow.  His narration style is informative yet funny, conveying a self-deprecating sense of humour that will make you chuckle.  He also tries all of his creation on camera, even the ones that don’t seem the least bit appetising, like Allison’s sandwich from The Breakfast Club.  The videos are fun to watch and it’s slightly surreal to see fictional food actually being made.

But if film food isn’t for you, Babish also has a ‘Basics With Babish’ series which is more like a normal cooking vlog.  It teaches you basic, easy-to-make recipes, cooking techniques, and how to use culinary equipment.  You can also buy his recipe books Eat What You Watch: A Cookbook for Movie Lovers and Binging with Babish: 100 Recipes Recreated from Your Favorite Movies and TV Shows, so you have him in your cupboard too.

You Suck At Cooking

You Suck At Cooking is a satirical cooking vlog that combines cynical humour with skits and the occasional piece of useful cooking advice.  Although the channel doesn’t take itself too seriously what with the sentient eggs and potato milk…etc. if you’re paying attention there are some great cooking tips that will definitely come in handy.  The channel features all sorts of cuisine, from a simple grilled cheese sandwich to guacamole to stew to toffee apples.

The narrator’s deadpan delivery is highly entertaining and makes everything sound reasonable even when he is saying the most ridiculous things, such as calling whisks wang janglers and rolling pins cylindrical compression tubes, as though those are the correct technical terms, or pointing out that he is using a faceless egg thereby implying that other eggs do in fact have faces.  With all the inside jokes and nonsensical skits, You Suck At Cooking will either have you really confused or laughing so much you risk burning your food, either way it’s a highly entertaining way of learning how to cook.

Cooking vlogs are a great introduction to cooking, you can watch and learn at your own pace as and when you want to.  Whether your approach to cooking relaxed and tranquil or a little hectic, with so many videos you’re guaranteed to find a cooking vlog that suits you and the cuisine you want to make.