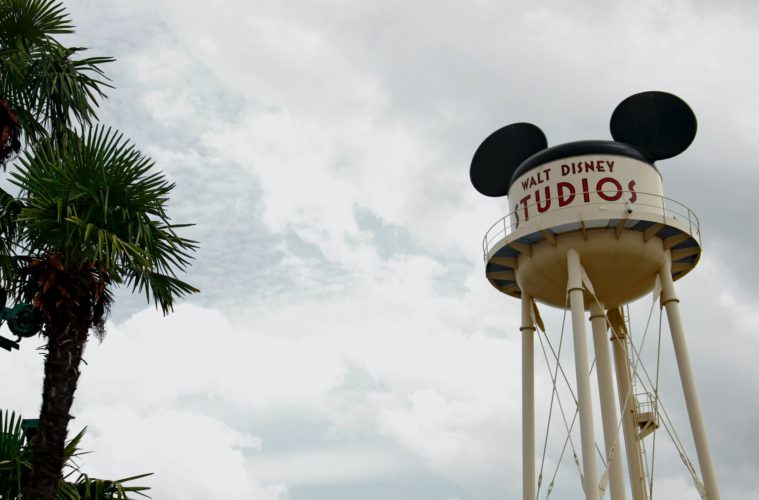 Animated Films That You Can Appreciate More As Adults

The opinion has often been expressed that animated films are for children.  This is a grave misconception.  While the medium of animation greatly appeals to children and is used frequently to convey stories to them, an animated film is not only made for a young audience.  This list contains some of the amazing animated films that can be enjoyed by both children and adults.

Seven-year-old Lilo is a social outcast.  To try and help her become less lonely her sister, Nani, lets her adopt a dog.  But this isn’t just any dog, Lilo ends up adopting Stitch an alien experiment also known as experiment 626.  Stitch is on the run from alien authorities and has escaped to Earth to hide from them.  While there, Lilo tries to teach Stitch how to be a good person, but can her love and faith in Ohana overcome Stitch’s innate desire to be bad?

While I remember enjoying Lilo And Stitch as a kid it was overshadowed by other Disney films like Snow Dogs and even the Peter Pan sequel Return To Neverland.  As a child, Lilo And Stitch was just a fun alien adventure.  The main thing I took away from the animated film was that I wanted an alien dog too (and maybe that family was important).However, when I revisited the film as an adult I came to view it as a perfect story from start to finish.

Firstly, the sequence in space at the beginning of the film is excellent.  The alien society is well thought out with a democratic leadership system that is fair and justified.  Then there is the alien technology which is more advanced than humans’ in a way that it plausible.  For example, when Stitch is imprisoned guns that lock on to his DNA are in position to stop him escaping.

This is followed by the rest of the film which takes place in Hawaii, not only is the animation beautiful, but the characters are written really well, making them believable and relatable.  It also touches on interesting themes such as loyalty towards family and families that are not made up of your conventional mum, dad, and children, showcasing the struggles Lilo and her older sister Nani face as an unconventional family.  As well as this, it looks at the spectrum of good and bad.  Lilo And Stitch has a story and humour that can be enjoyed by both children and adults.

Disney Pixar’s The Incredibles takes place in a world where superheroes exist but have been banned because even when they’re saving people their powers cause too much disruption and destruction.  Bob Parr who used to be Mr Incredible longs to return to the good old days and so jumps at the chance when he gets the opportunity to do so.  He is summoned to a mysterious island to battle an out-of-control robot.  However, all is not as simple as it seems and soon it’s up to Mr Incredible’s family to save him.

As a child, The Incredibles is full of fun powers and action-packed superhero fights.  It has a villain that’s easy to hate and a cast full of interesting and charismatic characters.  As an adult this animated film addresses some of the questions that don’t get answered in other live-action superhero films.  For example, who takes responsibility for all the damage that occurs during a fight, who pays for the reconstruction etc.  The Incredibles addresses the questions that adult viewers are interested in and does so in a way that is plausible and not the most favourable for the heroes.

While the family featured in The Incredibles might be superpowered they suffer from the same familial issues and disputes as the rest of us, helping to humanise superheroes.  For example, Helen (also known as Elastigirl) thinks Bob is cheating on her, while Dash and Violet are constantly bickering as all siblings do (that’s actually another thing that makes Lilo And Stitch so good), even Frozone has his own set of marital issues with his wife hiding his super-suit, so he has to stay for dinner.  The director and writer of the film Brad Bird is amazing at writing a film that has a perfect balance and appeals to both child and adult audiences.

In this Japanese animated film, ten-year-old Chihiro finds herself alone after her parents are turned into pigs after eating a banquet meant for the spirits.  Now at a bathhouse in the spirit world, Chihiro must find a job there in order to earn her parents freedom and have them be turned back into humans again.

To be honest, while excellently animated, this film creeped me out as a kid.  From the pig parents to Yubaba and her baby, to No-Face, it was all a bit unnerving for me.  Even the frog obsessed with gold was a bit eery.  I still loved the wonder, but I wasn’t fully prepared for it when I first saw it, it was completely different to any other animated film I had seen before.  As I got older and watched it several more times it became one of my favourite films.  The visuals and the film’s musical score are amazing and like Chihiro you become completely immersed in the spirit world.  Plus, as with all of Hayao Miyazaki’s films there are beautiful underlying messages that I think viewers can appreciate more when they become adults.

Spider-Man: Into The Spider-Verse

Miles Morales is an ordinary teen until he gets bitten by a radioactive spider in a subway.  While trying to make sense of his situation, he meets Peter Parker who promises to help him.  However, things don’t go as planned. It’s now up to Miles to master his newfound abilities and help the other spider-men save the world from the evil Kingpin who can create rips in the universe that lead to other realities.

I never saw Spider-Man: Into The Spider-Verse as a child as I was already an adult when it came out.  However, I would imagine that kids would be drawn to the range of powers and action-packed fight sequences, similar to The Incredibles.  The characters are also unique (despite all being spider-men) and very charismatic.  The visuals are also really engaging with a cool animation style.  As an adult, I greatly appreciate the way the film has been made in such a way that it keeps Spider-Man−a character that has been brought to the screen multiple times now−fresh.  It does something different with the character while also managing to create a sense of nostalgia.  This is achieved partly through the animation style which references the original comic book format throughout the film with lots of details for viewers to look out for.

The Iron Giant is set in the 1950s and follows the story of Hogarth.  Hogarth is a just a normal kid until he discovers a huge robot and forms an unlikely bond with it.  As well as teaching the Giant to talk, Hogarth tries to teach him about the world and everything in it.  Everything is good until a paranoid FBI agent Kent Mansley comes to town looking for the Giant.  It’s up to Hogarth and local artist Dean McCoppin to save the robot.

I think befriending a giant robot in the woods is every child’s dream.  That was certainly what I wanted after watching The Iron Giant as a kid.  Like Lilo And Stitch, alien technology just happens to fall to Earth and be discovered by the perfect lonely kid.  I could relate to both Hogarth and the Giant and the struggles they faced being misunderstood or not fitting in.  As an adult I think this animated film is close to being a masterpiece.  Another amazing creation from The Incredibles creator Brad Bird, The Iron Giant covers themes of paranoia and ignorance during the time of the Cold War while highlighting the innocence of children.  It shows clearly the purity of children’s understanding of the world vs adults’ fears of it.

Shrek is an ogre who has been happily living alone in his swamp for years.  That is until a bunch of fairy tale creatures move in after being exiled from their kingdom by Lord Farquaad.  Not at all happy with the new living arrangements Shrek makes a deal with Farquaad.  He agrees to rescue the Princess Fiona in return for his swamp back.

A Dreamworks classic, Shrek is great fun.  There’s nothing better for children than seeing all your fairy tale characters come alive on screen in a single film.  What child doesn’t want to watch an action-packed movie full of princesses, dragons, ogres, and talking donkeys?  Obviously it is when you are older that you can appreciate Shrek for what it is…a brilliant parody.  With great humour, a pop soundtrack, and an unlikely protagonist, Shrek changed up the game.  Plus, it delivers a great message about not judging books by their covers and having confidence in yourself.  This can be appreciated by audiences of all ages, children and adults alike.

Maybe it’s time to go back to these animated film classics and give them another go.  Don’t discount films because they’re for ‘children.’  There’s no reason to feel embarrassed about enjoying animated films as adults.  They’re awesome!