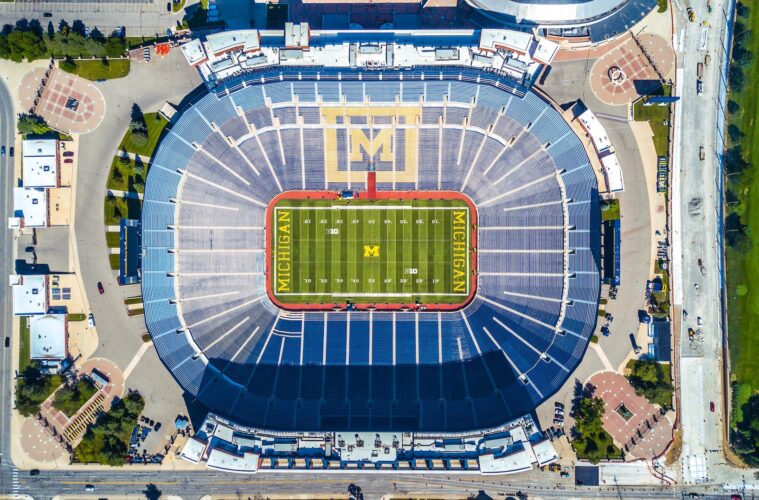 Michigan Wolverines quarterback Cade McNamara has vowed to return “better than ever” following a surgical procedure on his right leg. The player took to Instagram this week to post a photo of himself in a wheelchair with his right leg bandaged and in a brace.

In the caption, he thanked fans for their support and explained the reason for his operation.

“I want to start off by saying thank you to everyone for all the love and support,” he wrote. “Turns out I have been dealing with a serious injury since the middle of last season. Then after suffering another serious knee injury this season, my goal was to get back on the field as soon as possible.

“Sadly I was unable to heal properly but thanks to Dr. ElAttrache he was able to help me determine exactly what I needed to do to come back the best version of myself. What lies ahead is a lot of work and rehab but I will come back better than ever!”

Mcnamara, 22, helped fire the Wolverines to a 12-2 record last season that included a win over Ohio State, as well as a Big Ten championship and a place in the College Football four-team playoff. Voted captain by his teammates before the current campaign, he started the first game of the season before J.J. McCarthy claimed the starting job, having started the second fixture.

He suffered a right leg injury during Michigan’s third game of the season, a clash vs. Connecticut, with head coach Jim Harbaugh noting afterward that he would miss some time.

“Cade got his foot caught on the ground when he was hit from the side,” Harbaugh explained.

The coach did not share any updates on the player in recent weeks.

Meanwhile, the Wolverines have snuck into the College Football Playoff rankings’ top four for the first time this season. Their next game will be against the Nebraska Cornhuskers before two matches that will likely be ranked to close things out. Michigan doesn’t have much time left to build a stronger case in the rankings but they’re tipped to win Saturday’s game by a huge margin and fans can still make their picks via Michigan betting apps ahead of the fixture.

The Wolverines will be playing this one at home, where they’ve performed very well over the last few seasons. Their defense is also earning a reputation as one of the most formidable in the nation while running back Blake Corum, a Heisman candidate, is spearheading the offense.

Nebraska, on the other hand, is going through a bad patch and their prospects have been made even worse as quarterback Casey Thompson is doubtful for the clash due to an injury. The Huskers will have to depend heavily on the running game. While Anthony Grant is a top-five back in the Big Ten when it comes to yards and attempts, his efficiency is still low.

Grant is averaging just 4.8 yards per carry this season and is 16th in qualified players in his position in the conference, though Nebraska’s weak offensive line is mostly to blame.

They simply aren’t expected to do well against a team ranking No.1 in the country in rushing yards allowed. The Wolverines shouldn’t have much difficulty dispatching a reeling Nebraska side and they should pick up a blowout win.

Their uniform combination has been revealed ahead of the match. Michigan will don all blue, including blue socks at kickoff. The team tweeted as much this Friday, disclosing the intention to rock “all blue everything” for the home fixture.

The last time they were at home, they were in blue, but with yellow socks. The all-blue combo has become pretty popular among fans given the sleek look. Their game against an all-white Michigan State a few weeks ago was pretty easy on the eye and it’s hoped that something similar happens against Nebraska this weekend.

Next week’s game against Illinois will be Michigan’s last opportunity to wear the blue jersey in the regular season and they’re likely to go with allblue again.