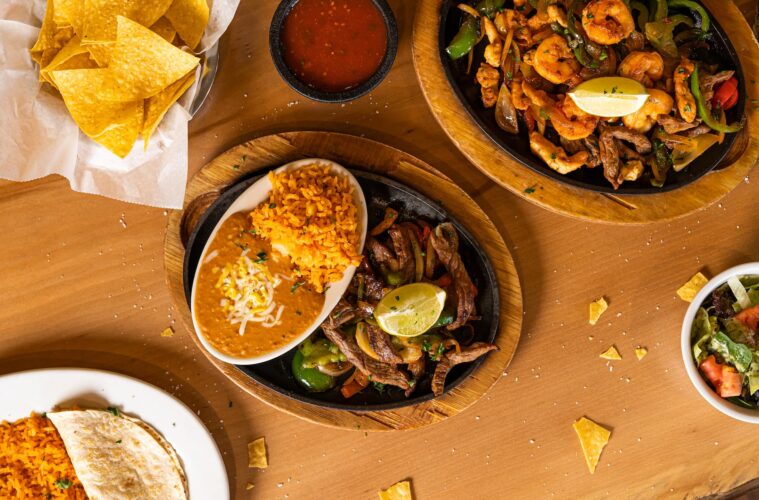 Spanish Rice: one of the treasures of Tex-Mex cuisine

Mexican cuisine is one of the most delicious styles in the world. A cuisine where corn, tortillas, chillies, avocado, beef, cheeses, beans, and of course, rice, form a myriad of recipes that satisfy the palates of many people.On the other hand, Tex-Mex cuisine is a fusion of two styles and two ways of understanding Mexican cuisine, although not very different in terms of ingredients. Its name refers to the border area between Mexico and the United States, in particular the area of the state of Texas. It was mainly Mexican food that evolved to satisfy the American palate.

There is a Tex-Mex dish, which although it is not related to authentic Spanish rice dishes such as paella, is known as Spanish Rice. It is rice cooked in a broth made with tomatoes, garlic, chillies, and red pepper, ingredients that give it its characteristic colour and unique flavour.

In this post, we bring you a delicious recipe for Spanish Rice that will make you feel one of the best sensations of Tex-Mex cuisine. In addition, you will learn some interesting facts about this dish, as well as some tricks you can apply when making it.

If you are looking for new ways to prepare rice dishes, visit the SuccessRice® website to read another recipe for Spanish Rice and more. We assure you will love it!

Without further ado, let’s dive into this spicy style from the Mexican-American border!

Learn more about the Tex-Mex cuisine

Tex-Mex food is characterised by strong flavours. Like Mexican food, it has chili peppers. There are fajitas, nachos (which can be served with guacamole or a cheese sauce), rice, the famous burritos, etc. Also, beef, pork, and chicken are widely used in this cuisine style.

A recipe with countless names around the world

Spanish Rice has sister dishes in different countries. Here are some of them.

In Mexico, this dish is called Arroz Rojo (red rice) or Arroz a la Mexicana (Mexican rice). Its composition is the same as Spanish Rice. However, in areas of the country such as Yucatan, Tabasco, and Chiapas, the red colour and intense aroma and flavour are given by the achiote paste.

In the southern states of the United States, there is another similar dish called Gullah Rice. A rice dish made with tomato paste sauce and spices, including onions, green peppers, and other vegetables, smoked Andouille-style sausages, and garlic.

Other examples not to be missed are:

A tasty recipe for Spanish Rice

Now, we will introduce you to the ingredients and the steps to follow to make Spanish Rice in true Texan style.