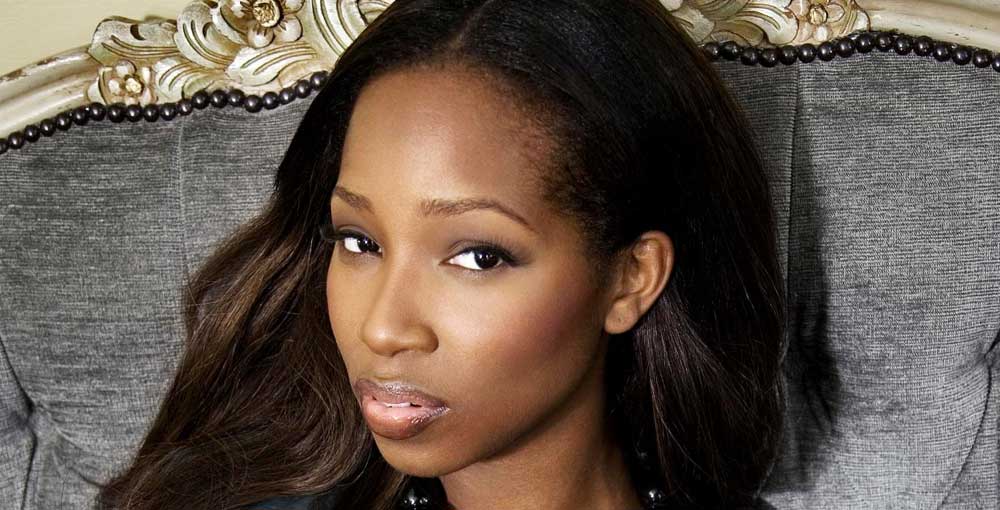 It must be really nice now you’re back performing after your 2 year absence. How does it feel?
Brilliant, it’s always brilliant to be back but it was good to have a rest as well. It’s fantastic to be back on stage and to be doing what I love.

Are you back for good?
Absolutely, no more baby breaks.

Has becoming a mum changed the way that you feel as an artist?
Yeah I think I’m much more aware of the impact that I have on other people’s children and I think I have realised the responsibility I have as an artist. I just hope I’m doing a good job!

What was it like growing up in Birmingham?
Growing up for me in Birmingham was great. I had the best childhood I could possibly have had. I had loads of fun, loads of friends and a great big family. I wouldn’t have wanted it any other way.

Who was your biggest inspiration whilst you were growing up?
My mum, she made something out of nothing. She left school when she was 15 with no qualifications, and worked her way to the top. Having a role model like her definitely helped me and my dream.

I read that both your mum and dad were both born and live in Jamaica. Do you get back to see them often?
My mum actually moved back to Jamaica about 2 years ago and I’m hoping to go and see her in a couple of week’s time which will be great. I love going to Jamaica, I have been there quite a few times. It’s the one foreign place I can actually go to and feel like I’m at home. It’s a very weird experience indeed. I absolutely love it, everything about it, especially the food!

You must be a very ambitious person to achieve what you have as an artist and a mum. What other ambitions do you have?
I have loads of ambitions, I wanna become a property mogul and I want to become a property billionaire. I’d love to buy and sell loads of properties. I wouldn’t mind doing some acting, I’d love to own my own record label. I wouldn’t mind having my own airplane company like Sir Richard Branson.

You have also been signed by ICM Modelling Agency and have signed contracts with Pretty Polly and Reebok. How does that fit in with your music career?
I think I just make it work, we all make it work. When ever I take on something new, for instance I have just signed a deal with an acting agency; my first port of call is to let every body around me know we are all working as a team.

What is your opinion about the size zero craze which seems to be all over the media these days?
I think what people need to take into consideration is that size zero maybe too small for some girls but for others it’s perfectly normal. I mean I’ve seen people who are supposed to be size zero and they don’t look ill, they don’t look malnourished. I think the focus should not be on the size but more on the health and the basic up keep of these people. I think what needs to be put across is that it is important to be healthy. I’m not a size zero and I have no ambition at all to ever become one because if I did I would look like I was dead. I think that’s the problem, but then I have seen some people who are probably meant to be my size which is a 8-10 but are a size zero and they do look awful. I think it’s more differentiating between the people who are healthy and unhealthy.

You have recently been working with PETA for which you posed nude for a photo with a rabbit on your back advertising the slogan “Be comfortable in your own skin and let the animals keep theirs”. Animal cruelty is a very serious yet ongoing problem, what would you like to say to people who wear fur?
I want them to educate themselves and find out how the fur is retrieved. I am 100% certain that if these people knew what happened in that process, they wouldn’t be wearing it! Which is exactly why I won’t and never will wear fur.

It must have been amazing working alongside Afrika Bambaataa who co-wrote “Do Me Right” with you? What was that experience like?
We did it with the magic of technology so I have not actually met him. It was a fantastic opportunity and I am very glad that he graced us with his talent.

Having worked with some great artists, is there anybody in particular that you would like to work with in the future?
I’d love to work with John Legend, Missy Elliot, Mary J. Blige and Bloc Party.

Which out of all of your awards are you most proud of winning?
I’d have to say my Q awards just because I think it was very weird having someone who is based in RnB winning a Q award. I was just so amazed and I really felt that it was a triumph for the British music industry. It was a privilege being invited to the Q awards let alone winning one.

‘Superstar’ reached no.1 in New Zealand and Australia and made no.9 in The UK charts. ‘Thank You’ has been your highest UK position, reaching no.2. What would it mean to you to reach no.1 in the UK?
That would be amazing. I’m not going to stop until I get a number 1. I love the fact that I haven’t actually had one. ‘Superstar’ ended up at number 3 and ‘Thank You’ went to number 2 so I have my fingers crossed that one day it will actually happen.

What was it like covering Linkin’s Park Numb at Joe Wiley’s Live Lounge? I thought it was an amazing performance myself!
I love doing covers and I always feel that it is important to think outside of the box and not do what people always expect of you. That’s definitely one of my proudest moments the fact that I pulled it off. Apparently it is one of the favourite Live Lounge performances, it gets voted for quite a lot.

What’s your diary like for the rest of the year?
It’s quite ridiculous. It’s brilliant, I love having a full diary. I have got a lot of great things in the pipe line. I am just really looking forward to the rest of an amazing 2007.

If you were in charge of the world for 1 day, what would you do?
I’d make that day everyone’s day off!

Marmite, love it or hate it?
Absolutely bloody hate it!