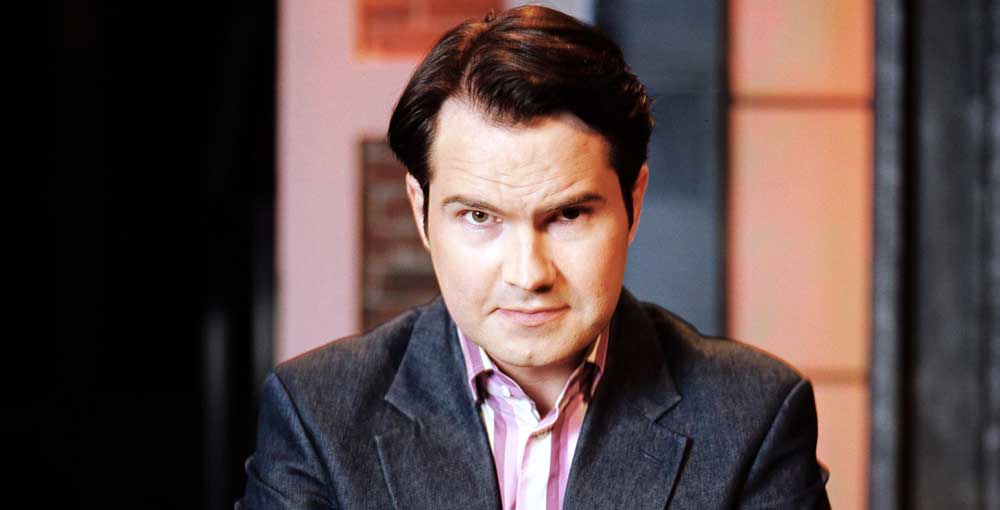 As the face of comedy on Channel 4, Jimmy Carr has become a regular fixture on our television screens fronting shows such as 8 out of 10 Cats & Distraction. In August 2006, he commenced a new tour, Gag Reflex, for which he recently won the 2006 British Comedy Award for ‘Best Live Stand Up’. But, he warns his shows are not for the faint hearted when on stage. His is certainly not a show for everyone.

So Jimmy, tell us a bit about your live shows!
It’s not for the easily f***ing offended. It’s not even for people that are difficult to offend. Essentially it’s for people who are without a moral compass.

So what can people expect this year when they come to see one of Jimmy’s shows?
I tour every year and this year it is called Gag Reflex but for no real reason, and anyone who has come to see the show before will know that it’s just a long list of jokes. It’s quite funny, but there’s no real theme to it, there’s no method in my madness. It’s just 45 minutes in the first half and then 45 minutes to an hour in the second half. It does exactly what it says on the tin for a comedy show, which I quite like.

Is there any particular reason why you only tour Fridays and Saturdays?
I can only really tour on Fridays and Saturdays because of the TV stuff and other bits and bobs to do with writing and stuff that I do during the week, so I go on Friday and Saturdays all the way through the year. I think it’s the best bit of my job because people like going out on Friday and Saturday. Wherever you are in the country – Weston-Super-Mare on a Tuesday night – it’s difficult to get people out. They are thinking: ‘Hang on, CSI:Miami is on. What you talking about? I’m not going out’. So it’s nice to go out when people are out in a good mood on a Friday night. They’ve got out of work, they’ve had a few drinks, they are going to a show. Saturday is the same. They are really fun days to do it. There are a few Sundays in there and again Sundays are great. You’ve only got to be funnier than Heartbeat. Nothing to beat on a Sunday night.

Can you describe what it is like touring the country?
Gigging in the UK is weird because you go to towns that you know or sometimes you go to towns that you’ve only heard of on the news or watching TV. Before I did comedy I had never spent any time in Manchester, Birmingham, Cardiff, Swansea, Telford, Liverpool, Newcastle, Carlisle – all these towns around the country that I’d never spent any time in and now you spend a day there every year and you get to know it.

Do you have fans that you regularly see at your shows?
When you meet people after a gig, you often meet the same people two years in a row and bizarrely you kind of remember some of them. It’s like ‘Oh, hello. Been well?’ It’s quite a nice thing.

Which audience has been your best?
Belfast was a cool audience. I walked on and people said ‘f*** off’. I went: ‘Hang on, you’ve paid to see me, this is crazy’. And they went: ‘Well we’re quite aggressive’. They were a great audience!

Who do you admire?
Stephen Wright, Emo Phillips and I am also a fan of Black American stand ups. People like Dave Chappell and Chris Rock.

You are known to be one of the hardest working comedians on the circuit having released two stand-up DVDs, a DVD featuring the best bits of Eight out of Ten Cats. You have also released a book. Can you tell us about it?
I tried to make it a joke book as well. I’ve got 400 jokes in the book as well as all the essays on different elements of jokes and where they come from, the history and anthropology and stuff. Putting together the joke list was amazing because you see all the joke books and they are like 1,001 Funny Lines, but no there are two funny jokes in there and a lot of rubbish so it was quite nice to come up with a perfect list and I think it is a real nod to all the people who have influenced it. There’s a great quote in the book from a French guy, ironically, who said: ‘Analysing comedy is like dissecting a frog. No one is that interested and the frog died,’ (he says smiling). Analysing comedy isn’t very rock and roll either. And comedy is, after all, supposed to be the new rock and roll… isn’t it?

How would you describe yourself?
I’m like a rock and roll star with a fat face that people laugh at. (Then he thinks for a bit). Not that rock and roll.

Marmite…Love it or hate it?
Love it!