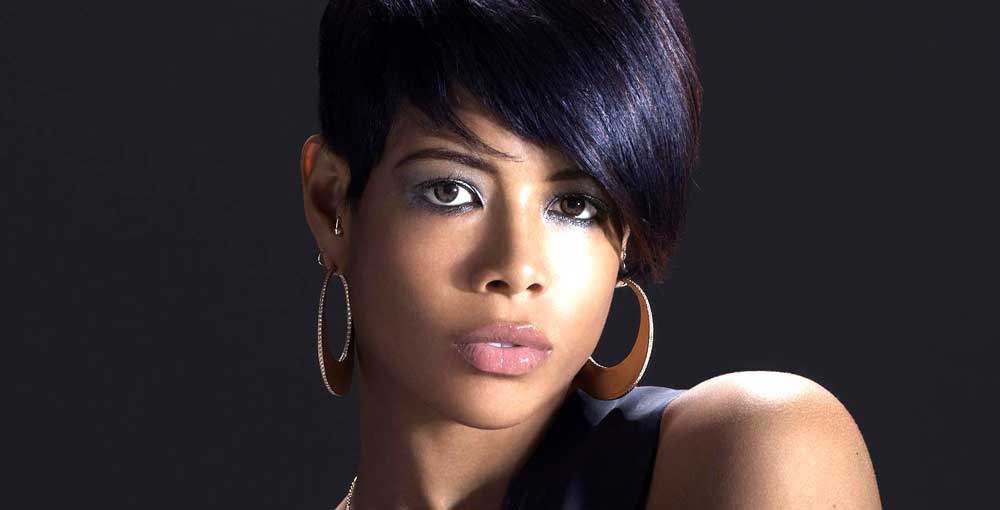 With a resume as long as your right leg working with a wealth of musicians such as Moby, OutKast, Sean Paul, Timo Maas, Busta Rhymes, Usher etc she was an obvious choice as a headline act at this years Creamfields festival. Hell, she’s also writing a cookbook and designing her own line of fashion accessories. R‘n’B singer / songwriter Kelis felt it her duty to speak to us. She owed it to us.

So what are you listening to right now?
Honestly? Nothing. I’m starting to record and I haven’t been listening to anything lately. When I’m about to go into the studio, I try to keep my mind blank.

How important is performing on stage to you?
It’s half of the battle. Although the songs become something else when you’re in front of an audience. I was talking to somebody the other day and I was saying that I’ve never recorded a record with the stage in mind. I think a lot of artists are smart and forward-thinking enough to consider how their music will work in that way before they finish in the studio. I’m sure that makes it a lot easier. So I’ll be thinking about that before I start recording again. You know, like how I would change things.

You previously said how the part that Outkast’s Andre 3000 does on your ‘Millionaire’ track can’t really be replicated by anyone else. With this in mind are you going to cut down on special guests on your albums so that they’re easier to translate live?
I usually just do Andre’s part myself. But it’s not really about the guests – more about the arrangements. I have other artists on the album because it’s fun and it works for the record. So it’s not about that. It’s just that some of the songs work really well on the record but they don’t on stage. So I’m thinking about how to make something that’s really punchy when you’re in front of a crowd.

‘Milkshake’ must drive you mad after so many times performing it.
That song came out, like, four years ago and I must have performed it… I don’t know. Lots of times.

How does it feel to look at all those people singing your song back to you?
It’s  interesting. But it’s also funny because a lot of people don’t realise that there’s a difference between ‘an artist’ and ‘a performer’. Sure, I like to go on stage. But, for me, the creativity really involved in those songs is when I first make them – there was so much excitement at that particular moment. Although I truly admire anybody with the ability to be a really, really great performer.

Is it fair to say that – compared to some of your US peers – you seem to have a more European outlook?
I don’t mind being considered to have a more European approach but, for me, it’s more just about just being drawn to opportunities and things that are new and interesting. My friends are all just good people from everywhere in the world. It’s all just about enjoying life and the path that we have chosen for ourselves. It’s also about working hard to maintain a sense of reality and not getting too caught-up in the music business side of things.

Music-wise, you also appear to follow a lot of artists working outside of the R‘n’B world. Is that important to your own creativity?
I’ve always listened to all kinds of things. I mean, I was trained in music and through studying it you realise how many interesting forms are being created all over the world. Even though I don’t take courses anymore – although, y’know, maybe I should – my ear is just tuned towards something ‘different’ because that’s how I started out. I’m always looking to increase my knowledge about what’s going on out there. Travelling is a great way to do that as I think that we can all get a little bit too involved in what’s going on in our particular circles. Stepping away from that is essential to that development. When you’re out of your comfort zone is when music becomes really interesting. And the chance to experience other cultures and the sounds that come from them is amazing as it gives you a real idea of what the world is beating to.

And you feed that into the music you make? Like some of your collaborations see you moving into all these different genres, don’t they?
It’s funny as the collaborations that I do generally come from just clicking with another artist. Timo [Maas], for example. He’s just a great, great person. The more I got to know him and his music, I was just intrigued by how it was a whole different lifestyle and a whole different music that comes from the heart of this whole different person. And it was just beautiful. We really bonded over it. Bjork was someone that I’d always admired and, bizarrely, we actually have a lot in common so that worked out great too. And, to be honest, I don’t collaborate with other artists to make huge pop records – I do them to challenge myself. When I work with Timo or Bjork or Moby or Richard X or whoever it is, it’s fun for me as I get to step out of myself and do something that I wouldn’t necessarily think of doing or something that I wouldn’t necessarily put out on my own record. So they come with all this stuff that’s natural to them and I bring what’s natural to me and we put that together and make something great. It’s equally as fantastic as working on my own material, and there are no guidelines in whatever I do. I don’t ever have to think about it impressing people or getting on the radio – as long as I’m confident that I’ve challenged myself, I’m good.

You said about you being similar to Bjork. Only she’s just worked with Timbaland. So is that her further crossing over to the areas of music where you’re most familiar?
Yeah, and I think that’s great. I love the cross-pollination that happens with those kinds of projects.

Did you hear those quotes from Dallas Austin – who co-wrote ‘Trick Me’ – about Christina Aguilera and Joss Stone? Basically saying that they sleep with producers to get their records made?
I heard about them. Somebody told me.

Do you not think that they send out a pretty harsh message about female artists?
Those quotes were certainly not about me and my way of working so, y’know, I couldn’t really care less.

It struck me as something that could have a negative effect on any woman working in music. You’re a strong woman – who’s obviously in control of your music – but I wondered if a comment like that might have people assume that this was pretty much standard practice for women working in the record industry.
I mean, this business can be ugly. But artists are manipulated whether they’re male or female. People are exploited in general – it’s the way of the world. As far as the incident that your asking about? Yeah, I couldn’t care less. This isn’t high school. This isn’t what I’m making music for. People’s personal issues with each other don’t really interest me.

Is that something you miss when you’re touring?
Not really. Sometimes I try and find hotel rooms that have their own kitchen and other times I’ll stop off at a friend’s house so that I can prepare something.

So what would Kelis rustle up for her celebrity friends?
[Laughs] Well, not for my ‘celebrity friends’ – they’re just my friends. But I make all kinds of stuff. I can do pretty much anything.