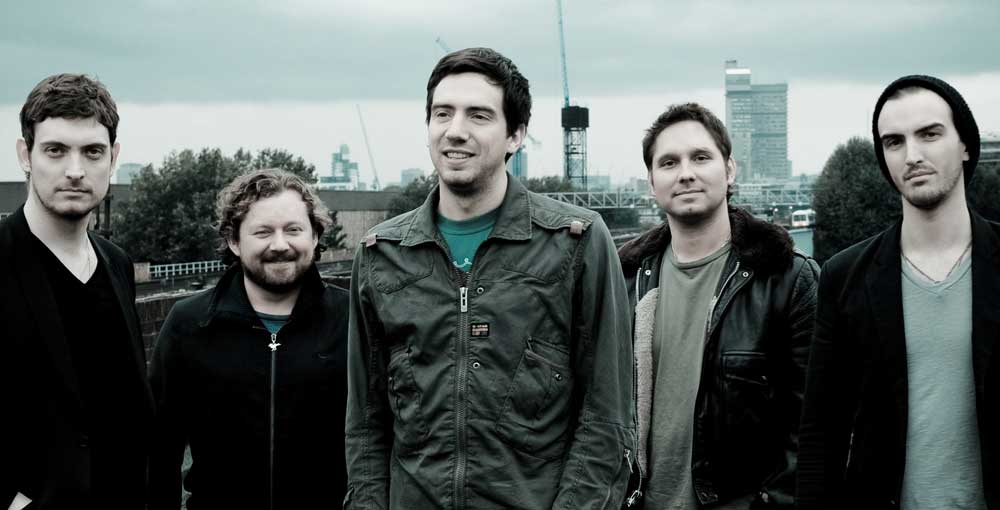 You were raised in Bangor in Northern Ireland, a small town not far from Belfast.  What made you make the move to Scotland, namely Dundee University and what did you study?
Well a lot of my friends were going to Dundee University.  About 50% of my year at Dundee was Irish (north and south).  Dundee is kind of like a mini Glasgow and Glasgow is quite similar to Belfast.  I don’t know if there is an innate connection between the cities but it was exciting to be going.  It was in my sort of grade range as a perennial grade C student and everyone I know who got B or C grades was going so… I studied English Literature by the way.

Was your experience of student life the usual mix of parties and socialising with the occasional lecture, or were you the more conscientious type of student?
Not at all, I was a terrible student.  I’m a much better student now than I ever was then.  I’ve got a thirst for knowledge now.  In fact I think the last week before I left university was the first time I actually wanted to do it, when I actually didn’t have to.  It’s a sort of petulance that I have that evaporated as soon as I didn’t have to study for the exams anymore.  I really wanted to learn the stuff then.  I was very much into going out, seeing bands and going to clubs.  I was very shy as an 18 year old and Dundee sort of made me come out of my shell quite a bit.  You’d find me in the student union most nights, I got a bar job there to help me finance my drinking habits.  It was a circle of boozing to be quite honest.

As an aspiring student band you did not receive instant success; can you tell our readers a little bit about these early days?
We formed the band in the first week of Fresher’s.  I met Mark (McClelland) who was from back home.  We had a lot of mutual friends but we had never met until we both moved away to university.  We both did degrees for four years so we were in no real rush to leave student life behind and explore the world of music as such.  We realised that we were still wet behind the ears as far as music is concerned so it was good to have those four years to develop.  The first record came out in 1998 and it was 2004 before we had our first hit.  Up until 2004 I sort of still lived the student life, living hand to mouth and living in shitty flats but being a student really prepared me for living life in a band before having any success.

What’s the best advice you could give to students setting out on the path to achieve their dreams of becoming a top band?
There’s no one piece of advice that encapsulates everything you need to know but there are several things that I’ve learnt along the way that people could avoid so as not to make the same mistakes.  The first thing is try and get gigging as soon as possible.  Rehearsals are great but a gig is worth ten rehearsals.  Keep writing!  Don’t think you’ve written ten songs and that’s an album.  Ideally you need about a 100 songs to make a ten song album.  You’re probably going to have your mate as your manager to begin with but just know that you will have to fire him one day and he’ll no longer be your mate after that!  Never ever Google yourself, it’s just not worth it.  It’s probably going to be a bit shit to begin with but you need those first few years of it being shit to appreciate it when it gets really good, so never get disheartened.  You are the only person you need to convince that you’re doing something right and worthwhile.  Don’t worry about what anyone else thinks.  As long as you believe in it and you’re passionate about it, that passion will filter through to the fans eventually.

The band is a mix of Irish and Scottish members.  In which city do you get the best reaction from your fans?
It’s probably Belfast and Dublin with Glasgow coming a close third.  Those 3 places are amazing for us.  The noise is deafening really and it’s incredible that a band can have 3 home towns, so we’re very lucky.

‘Chasing Cars’ has been voted the ‘best song of all time’ by Virgin Radio listeners.  Did you have any idea when you were writing this song that it would receive such critical acclaim?
I would have to say no to be honest.  Other people would say they think it’s going to be a hit like the record company, management or even Garret (Lee).  I think everyone was in agreement that it would be a special song but I don’t think anyone could have predicted the worldwide success that it achieved.  It’s not something that you can ever really engineer.  Obviously you do need a really good song but you also need a lot of luck.  I don’t think anyone thought it was going to make it that big.

What bands or artists do you think had the most influence on you growing up?
I’d say definitely Nirvana and the American alternative rock scene, bands like Sonic Youth and Sound Garden.  When we formed in 1994 it was more bands like the Super Furry Animals and Jeff Buckley’s ‘Grace’.  1994 was actually a great year for music; there was an awful lot of great music happening on both sides of the Atlantic.  When I moved to university I was also exposed to a lot of hip-hop, electro, soul and funk which I had never really been in contact with before so it opened my mind up to a whole host of music.  The reason why we are such a modern band is because of listening to this variety of music.

What do you think you would be working as if you were not a singer/songwriter?
I’d probably be working on coming up with lies to tell the dole office!

Where do your main interests lie outside of music?
Movies and books mainly, I’m kind of obsessed with those.  They’re the only things I ever spend any money on.  I don’t drive a car and I only need one house to live in.  Obviously I spend money on music and have a lot of nights out but when I’m not out I’m generally buried in a book in my spare time.

The first single released from your new album ‘A Hundred Million Suns’ is called ‘Take Back the City’.  This is a love song written about Belfast.  What was it about growing up in Belfast that inspired you to write songs and perform music in the first place?
Growing up in Belfast has very different effects on people.  You either get very heavily involved with either side of the argument or you get very disenchanted with both sides.  That’s what happened to me.  I kind of grew up at odds with what was happening there at the time.  ‘Take back the City’ is really about falling back in love with the town that confused me as a child.  I only properly fell in love with my home about 3 years ago when I moved back and saw the progression of the place and what it has become over the last few years.  It’s a highly cultural city and the past and present of the place is inspiring.

You have described the latest album as ‘musically and lyrically the best record you have ever made’.  Can you describe how the band has stepped up their game since the seven times platinum album ‘Eyes Open’?
We approached this record with absolutely no limits.  We knew we had to step it up a level for the type of ambition that we had.  The types of songs are unlike any we have ever made.  Songs like ‘The Lightning Strike’ and ‘Life Boats’.  Those types of songs don’t appear on any of our other records, this time around we really pushed ourselves.

How did you come up with the new album title, ‘A Hundred Million Suns’?
It just seemed to sum up the ambition and the scope of the record.  It’s an outward looking record and it seemed to make perfect sense.

The new album was recorded in Galway (Ireland) and Berlin (Germany).  You couldn’t get a bigger contrast in two cities.  What was the reason for this?
We rehearsed the songs that we had already written in Galway, and then we moved to West Meath in the centre of Ireland to record.  For about a month at the end we went over to Berlin.  There is a massive contrast between rural Ireland and the metropolis that is Berlin; they are probably the two most diametrically opposed places on the planet.  Having said that it was completely intentional.  We wanted to record it in two places to give the album a completely different feel, a friction and glamour.  We’re not the sort of band that tends to throw equipment at each other so had to generate the friction from our environment and our experience.

Which Snow Patrol track old or new do you most enjoy performing live?
At the moment it’s ‘Shut Your Eyes’.  With this tune you always get the crowd singing every word and they’ve always got their hands in the air.  It just gets everybody into the gig properly.  It’s almost like it’s been written as an ice breaker to get everyone in the mood.

Leona Lewis has recently covered your hit song ‘Run’.  What do you make of her version and what do you think of this avenue of creating pop stars?
I don’t know what to make of The X Factor phenomenon to be fair.  When I stick it on and watch it for the small amount of time that I do it’s reasonably distracting.  It’s not the worst TV programme in the world.  In terms of creating stars I do think that Leona Lewis is a bona fide star but the only other real success I can think of is Girls Aloud and I think they came from a different programme.  I do think Leona will have a sustainable career, she’s got an incredible voice, but I don’t really know what to think about her covering our song and it going to No. 1.  It’s all a bit weird really.

I’m sure ‘A Hundred Million Suns’ will be at the top of a lot of peoples Christmas list this year.  What’s at the top of yours?
‘The Dark Knight’, the new Batman film.  I think my mum’s buying it for me.  Apart from that I’m not really interested in anything material this year.  I’ll be happy enough just seeing the family.  I’ve got a young niece now so really just spending time back home with family and friends is what I’m looking forward to most.