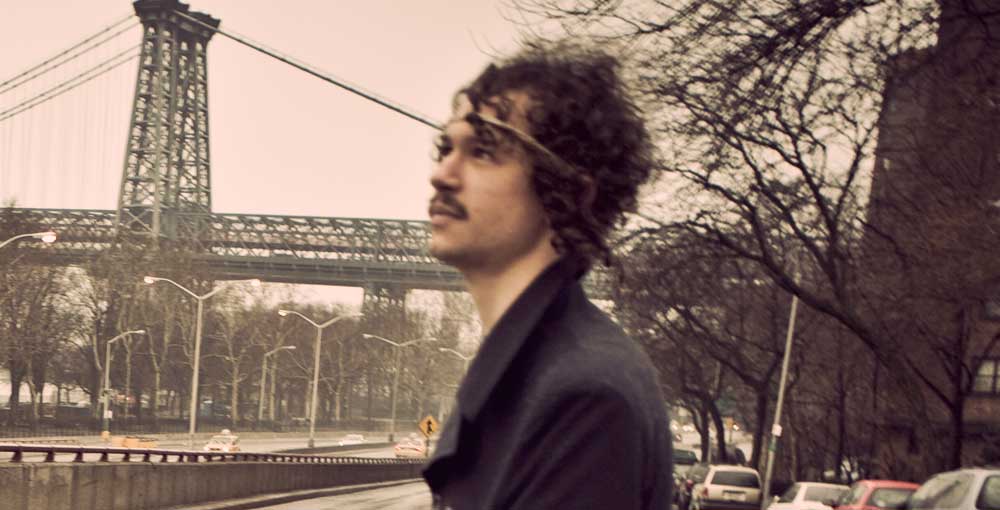 Did you go to university?
I went to a couple of universities and tried to take as many philosophy classes as possible. I wasn’t interested in studying anything else at that time in my life. I did my first year at Wesleyan University in Connecticut. I then transferred to The New School University in New York City. After that I dropped out for a year or two and did one last semester at Hunter College (New York City) which was my last ditched effort at trying to do what my parents wanted me to do.

When did you start to make music?
I started to perform solo and I’ve been making music on my in my bedroom for 15 years now. It’s only been in the last 4 years that I started performing the music in front of people. After that I met the band members, put the band together and tried to create a live show.

How did you meet the Darwin Deez band members?
Two of the guys I worked with at a vegetarian restaurant and one of the guys I met through the music scene at the Sidewalk Cafe which is famous for Regina Spektor, Beck and Moldy Peaches and stuff. 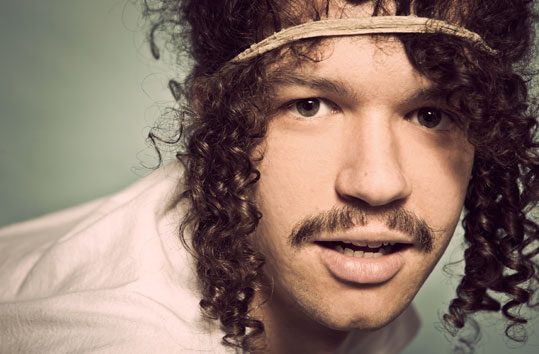 Are New Yorkers good tippers?
We’re good tippers!  This is something the UK hasn’t managed to get right. Tipping… We don’t quite understand the philosophy of tipping. We go on this 10% thing. Is that how it’s supposed to work? I hate tipping and I worked as a waiter for a couple of years. I hate it, it’s so expensive. It makes me always want to get a takeout instead. I don’t like the expectation which comes with it. You’ve had a meal; it might be average yet I’m still going to give you more money. You shouldn’t be expected to pay an extra 10%. You’ve had an average meal, with average service in an average atmosphere and you’re still expected to pay 20% including tax!

Can you tell us a bit about your big Darwin Deez hit Radar Detector…
It’s just a love song really but it’s really fast and I think people like fast music.

Constellation… It’s quite a deep song isn’t it?
It is a deep song yes, the lyrics are existential.

Now knowing that you studied philosophy would it be fair to say that the Darwin Deez album is you philosophising over love? The ecstasy that love can bring but also the crushing lows…
Hmmmm, I wonder about love but I think the main point about most of the songs from the album is that it’s not philosophy. I wish it were, I love philosophy and I wish that all the songs that I write could be as philosophical as constellations is but really they are just emotional. They don’t have any thoughts to bring to bear on the subject of love; they’re just the raw feelings. I try to make music which people can connect to. Philosophy is hard for a lot of people to connect to I think. In my experience it’s difficult to write those songs that are interesting on a philosophical level. But I’m having a lot of fun exploring writing lyrics in different ways. The main thing is to hold down the emotional corner of the rug and play with the rest of it.

I’d imagine it’s a difficult balance to achieve, having these philosophical songs which are about serious stuff but keeping it fun, edgy and up tempo which you do well.
Yeah thanks. I definitely set out to make an up tempo record because I think people like that kinda music and I like that kinda music. I went through a period of depression where I had to outlaw sad, slow music for myself. I think this is an after effect of that. 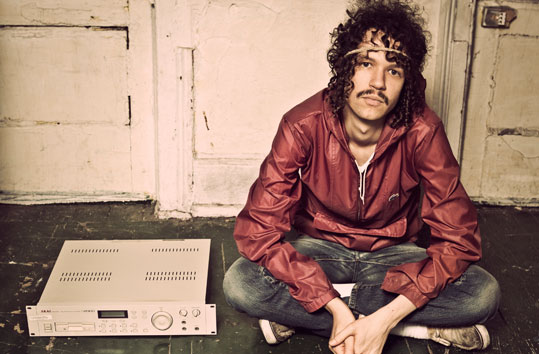 So what’s in store for Darwin Deez in 2011?
More touring! We have a lot of work to do in other territories around the world. We’ll see you guys in March and then after that we’ll see you at some of the big festivals. At the end of next year, when the album cycle is over, we’re gonna start trying to make something new. In the meantime there’s a rap mix-tape that will be coming out for free on the internet to keep everyone titillated. It’s just a fun project I’ve been working on… I bet there’s some fun dance moves in that?… There’s potential for that but I haven’t gone there yet. Are you thinking of maybe taking on ‘The Hammer’? I love the Hammer dance, I gotta practice that!

Has anyone ever challenged you to a dance off?
We are supposed to do a dance off in Liverpool. There’s this band called ‘Fly with Vampires’. We play our last show in Liverpool with them. They are gonna do one of our dance routines with us and it has a battle section in the middle. So we’re going to invite them to do it with us during our set. Are you confident you will win? Yeah the victory is choreographed in our favour.

Imagine you’ve taken on someone too strong, his moves are pretty sharp. Do you have a go to move that will destroy him every time?
I used to think that but I’m not really a dance battle winner. I lost the last dance battle I was in. Really, he must have had some special moves!? He was good at popping and locking and stuff. I can’t pop and lock as good as the next guy. Work and dance to me are anathema. I just have fun so I’m not in it for the win. To me the victory is in the smile on your friends’ faces.

Why do you think the UK has taken to your music more than your homeland?
It’s just the kind of music that people like here. In America people go for either the Grizzly Bear stuff or Jay-Z. Our music really splits the difference in a way. The recording has got a homemade quality to it which selective ears would be able to tune into and enjoy. It gives it that colour and the writing is really as much for radio as Katie Perry is for radio. Because I’m not one of those top 40 personalities I’ve never had the chance to have that sort of support from America.  Similarly it’s been a bit difficult just to get the ground swell going in America although we haven’t really started properly yet with a campaign. The main thing is that the label sensed the possibility of people’s ears being pleased by the melodies and stuff. That inspired them to put their money where their mouth was and it’s worked, and credit to them. I think it’s the right music in the right market. People here are just on top of it for new music. It’s the most on top of it in the world.

What music do you listen to?
I listen to more old music than new music but not super old. I also love ‘Everything Everything’ and ‘Little Comets’, they are such genuine lads. They’re really intelligent and passionate, beautiful sounding lads. I love the Geordies in general so that helps. And this guy called Orlando: ‘Totally Enormous Extinct Dinosaurs’, who makes really great house music. There’s so much exciting stuff at the moment.

What advice can you give to our readers?
It’s tough. On the one hand I wanna say don’t follow anyone’s rules about whether you should go to university or not. Just make sure you figure out what it is you’re interested in and invest your time and energy in that. On the other hand I wanna say go to university first and then do that. So it’s different for everyone. Ultimately life is about engaging in a real way with something that is interesting to you. So I guess maybe the third thing people say is that university is your chance to find that out so I don’t know. I can’t get enough of browsing the internet, surfing Wikipedia and reading about every little thing that I’m curious about.