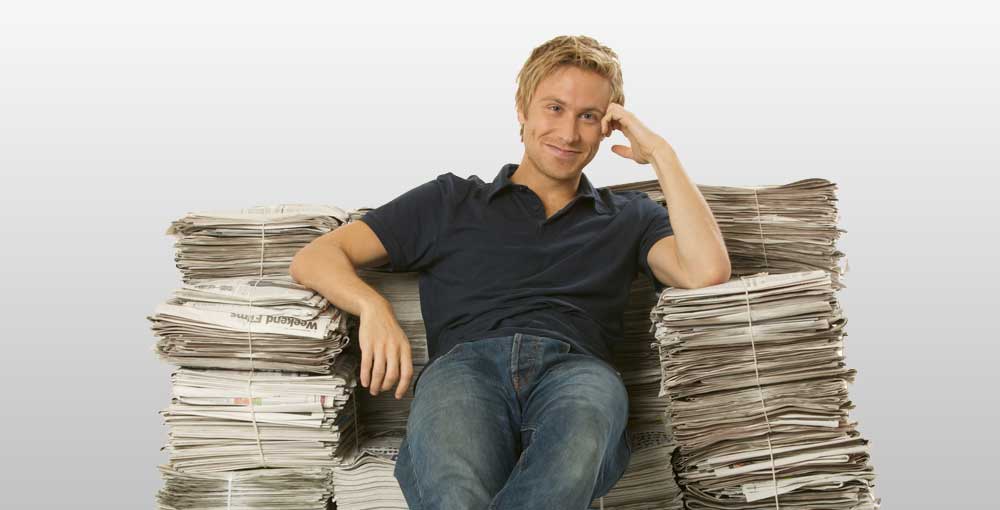 Let’s start from the beginning, can you tell me how you first got into stand up comedy?
I started when I was at university in Bristol actually. There was a little gig called Virgin Merk which was run by some older Bristolian gents who were bordering on insane. It was open spot comedy so I used to go down there and not tell anyone about it. For a year I used to creep out of my dorm without anyone knowing! It was great, everyone on stage were nuts. There was one particular guy whose act was to eat a banana with a spoon whilst singing the theme tune of The Sweeney. I just thought I’d give it a go, I can’t be that bad!

Did you always intend to be a comedian when you were younger, you said you snuck out so your mates didn’t know, were you a bit shy?
I can remember everyone at school being a bit like The Inbetweeners. Together you are funny and in a group you gee each other along, but it is such a different thing to suddenly declare yourself as funny. I mean if I’d have gone to those gigs with my mates in the crowd they would have absolutely slaughtered me! It was just a nervous thing really. If you had your mates there and you made them laugh you still wouldn’t learn anything. I needed to put myself in a room full of people I didn’t know and gauge their reaction.

You went to UWE in Bristol, what did you study and were you a good student?
Yeah I studied economics and got a 2:1. I was only 1% off a first which really f&*ked me off though. I tried really hard in my last year because I’d always drifted through school. I thought if I topped off my studies with a first it would be great but just missed out.

Live at the Apollo, Mock the Week, 8 out of 10 Cats and now Russell Howard’s Good News. You must be very proud to have your own show?
Yeah it’s great, it’s a lot more pressure but you get to have a say what goes on in the show. The frustrating thing about other shows is you have no power over the edit. You do a 3 hour show and think great they’re going to put certain things in and they don’t!  Good News is written by me and 3 of my mates who are all comedians. We basically sit in a room 6 days a week and are what could be only described as a comical version of the A–Team. 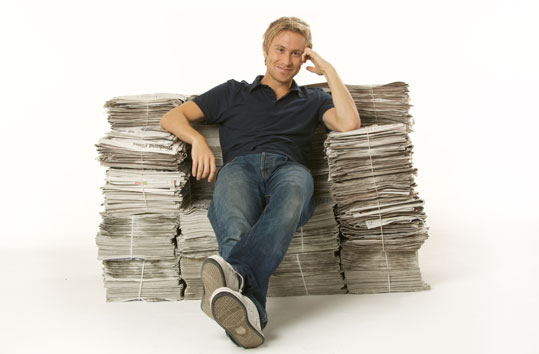 The DVD is out now, can you tell us about it?
Yeah it’s great; it’s the best bits of the series, with plenty of added bonuses such as an unaired pilot, unseen footage, behind the scenes and audio commentary, so we’re really proud of it.

I’m sure it will make it into a lot of Christmas stockings this year. What’s the best and worst present you have ever received?
The worst is easy; it came from my Mum and consisted of 5 spoons! Pretty impressive family moment when I turned to her and said “cheers mum I was considering taking up crack!” Thinking about it all my parent’s presents are designed to improve me in some way. My Dad once got me a drill to put up shelves in my house. It was his attempt to make me more of an alpha male…….sorry Dad it’s not gonna happen! The best present was the family going to Mauritius together. It was fantastic to relax and spend time with them without having to rush off for one reason or another.

Your tour ‘Right Here, Right Now’ starts in spring 2011. Have you got any crazy touring stories you can share with us?
You know what not really, I mean I’m not particularly rock ‘n’ roll. I took my Mum on tour last year, not to all the venues but a lot of them. That was very strange because loads of people thought she was my girlfriend!

The tour has been eagerly anticipated with 7 extra dates being added. Is there any particular venue you are looking forward to playing most?
I don’t really have a favourite but the O2 Arena is going to be fantastic. It’s a massive venue and I’ve never performed there before, but every gig is special to be honest.

Do you still get quite nervous before a performance or have you overcome this?
Oh definitely, I get different levels of nerves for different gigs. If you are doing a run of the mill gig you will slip into a normal rhythm, but if you are doing an O2 or a Wembley your heart will be beating out of your chest.

You are well known for making other people laugh but what makes you laugh?
I really like the Inbetweeners and a comedian called Daniel Kitson who is absolutely brilliant. Tommy Tiernan is an excellent comic and also Dylan Moran. Finally the US offerings of Arrested Development and Family Guy, classics. 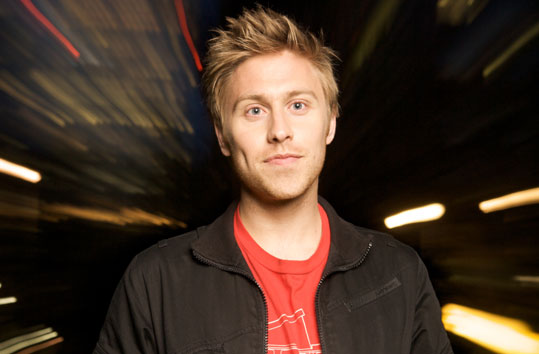 What do you get up to in your spare time?
The usual really, I play 5-a-side football, go down the park with my mates, take the dogs for a walk and get stalked in Tesco from time to time! The thing about being a comic is that you have to stay as normal as possible.

Are you any good on the football pitch?
Yeah I’m not bad. I played for Basingstoke Town when I was younger and got to play in the 1st round of the FA Youth Cup, although we did get destroyed 18- 0! I’m getting old now so slowing down, it’s depressing.

You were on The Jonathan Ross Show telling the story of playing a practical joke on your brother. Hiding under his bed to scare him, only for him to bring back ‘company’. What is the best prank someone has played on you?
I was with the boys that write the show and I had just popped out to take a phone call. When I came back in and took a sip of coffee they were all huddled round giggling like school girls. Laughing for some time they eventually sent me a video clip to my phone of what looked like my coffee cup and my friend’s penis being dunked into it! My brain took so long to realise what was going on and they were recording my reaction. As the look of realization dawned on my face they were on the floor laughing!

What is the most embarrassing thing that has ever happened to you?
I was sick on the tea cup rides at a theme park when I was 11. Ironically, I went on as a joke thinking I was too old and too cool for them. To my horror a few older lads decided to jump on and spin the cups really fast and I was sick all over my new LA Raiders jacket. For the next 6 months I was known as Tea Cup Sick Boy, very similar to Will from The Inbetweeners.

What sort of music do you enjoy?
I really like a band called The Walk. It’s a mystery to me that they’re not more popular but I like to think of them as my own secret little band. I also like Rufus Wainwright and that kind of genre.

What is the word that people shout at you in the street?
It’s really weird because I don’t know where it comes from but people shout “legend”. I find it bizarre because I have done absolutely nothing that would deserve being described as such. I basically talk b*****ks  on stage for a couple of hours and try to entertain people, but if that’s what people want to call me I’m fine with that!

What piece of advice could you give to our student readers?
It’s always difficult to give advice because you have to decide if you want to be brutally honest. If you do, then we are all working towards the same thing, happiness. Unfortunately we are all going to die, so you are not going to gain anything by not enjoying your life. We’re only here for a very short time so whatever you want in life you might as well go for it. The other piece of advice is don’t leave your drinks unattended with your mates!

Lastly, what’s in store for Russell Howard for the future?
I think after the tour is done, I’m going to have a rest. I would really like to go travelling and relax for a bit. It’s been 5 years of nonstop work without a break which I have loved but I want to enjoy some me time now.