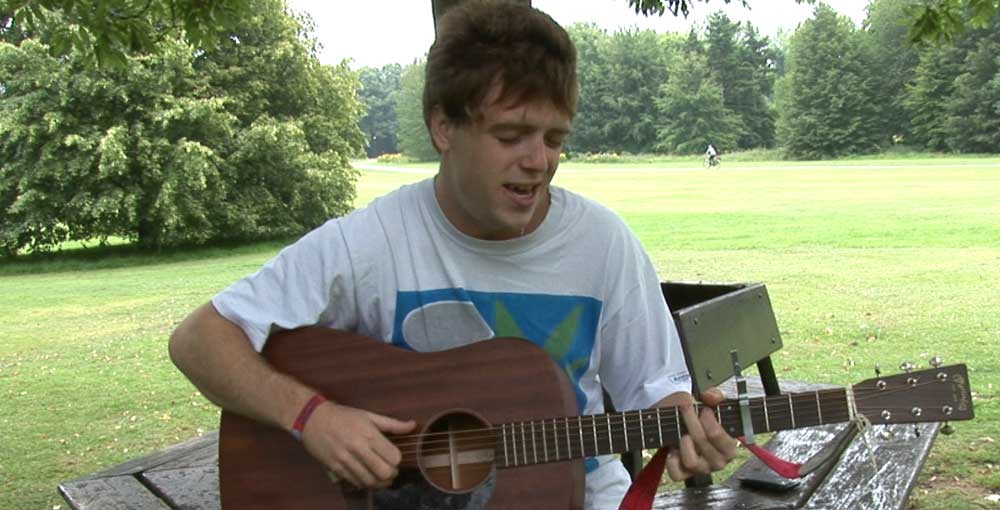 So your debut album, ‘Last Smoke Before The Snowstorm’ is out now, can you talk us through it? The album has just come out, ten tracks. I wrote them over the course of three or four years, so I had quite a lot to choose from and just picked the ten that I was happy with. It’s an acoustic record, but there are bits of percussion and bits of strings.

What is your favourite track? ‘Butterfly Culture’, because it’s one of the older ones. I still kind of get a nostalgic vibe when I’m playing it, like I do with all the others but that one in particular I’ve played for three or four years, so it’s nice to play it each night.

It must be really difficult for an unsigned artist to continue their dreams and financially support themselves. Can you tell us how you built up to this album unsigned? I recorded a lot of demos in local studios back at home and around friends’ houses. I put a lot of things online such as MySpace and YouTube, and played as many gigs as possible. I made myself available, kept myself busy, constantly writing, which I think is the most important thing.

Can you describe the journey so far? The journey has been good. It’s nice to be finally able to tour and play busy shows; that is the important thing for me. It’s been mad, I didn’t expect it but I don’t feel like I’ve achieved too much yet. To get to this point where I’m able to play shows people are coming to and for them to be getting into the records, saying nice things about them; that’s amazing for me.

What would you say your highlight is so far? Playing a night at the Union Chapel for Mencap, something Jo Whiley put on. It’s an amazing old church in London and the acoustics are really good, great sounds, good vibes in there. Also, playing at Glastonbury.

Who has influenced you and your sound? I love Bruce Springsteen, Neil Young, Bob Dylan, The Beatles, Ryan Adams, so I guess from a song writing point of view they’ve really influenced me. But sonically I think people like Kate Bush and Sigur Ros are really interesting, and from a production point of view, not that my records sound as big and spacey as that, but the way they enhance their songs with the sounds they use is really impressive and honest. That’s something I want to work on in the future.

Personally I find your music very calming. What does your music do for you? For me I guess my music helps me chill out. It’s nice to write and create something, record it and go through that whole process. It’s kind of therapeutic when I’m writing, I know that probably sounds weird to a lot of people but when I sit down and I’m playing I get in my own zone away from everything else. 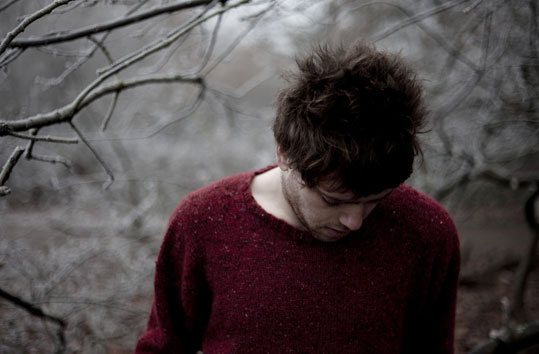 What is your ideal writing zone? Wherever I feel comfortable I think, but there’s no particular place. I like writing in Sydney, I’ve been there a couple of times as I have family there and always feel really chilled. Anywhere I feel comfortable really. On a train or in my room, there’s no formula for me, if I feel chilled it happens.

What do you enjoy besides music? I really like chilling out and listening to music, I know that is music but that is what I love and spend so much time doing! I like hanging out with friends, going to the pub, you know normal kind of things, being with my girl. A load of different things really; reading, watching films.

Favourite film? I’d say a film called ‘A Very Long Engagement’. It’s a film by a French director about the war.

Did you go to university or college? I went to college, but I wasn’t particularly high achieving. I did history, economics, philosophy, and geography.

What would be your top tip for people trying to break into the music scene? Keep writing and keep being honest with yourself. Stay inspired; play as many shows as possible and focus on the music as opposed to all the other things around it, but that stuff will always come together if the music connects with people.