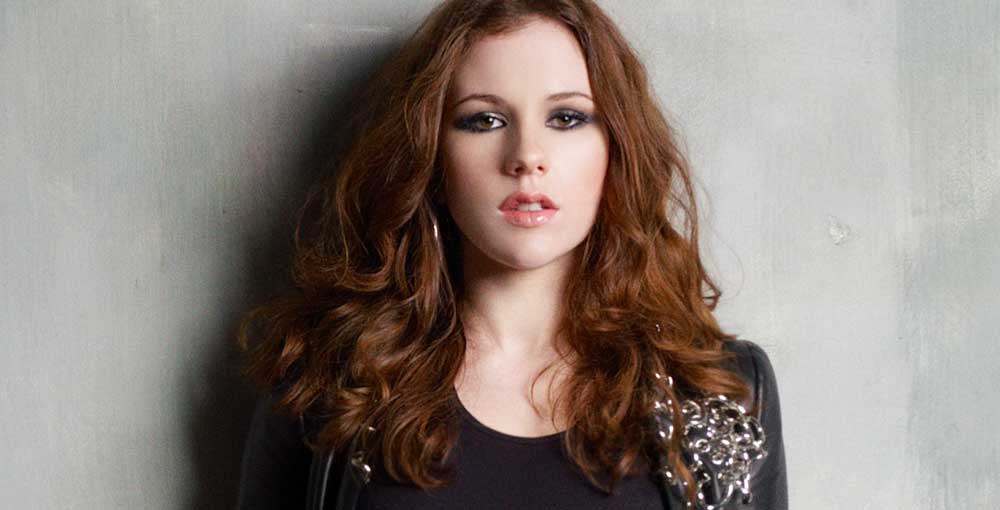 From feature vocalist to established star, Katy B’s dramatic rise has been nothing short of impressive. Adding natural glamour and new identity to dance music, she has had three UK top ten singles with her debut album receiving high praise throughout the industry. After picking up nominations for this year’s Mercury Prize and MOBO Awards, it would seem further success is on the horizon for the Peckham princess. We catch up with her, just before her main stage appearance at Creamfields.

Simply wearing grey joggers and Nike pumps, Katy still carries with her the aura of a star in the making. She walks past us and heads into her dressing room, whilst we stand outside amongst the other press, waiting to be called in…

We are greeted by her manager, who with her striking London accent introduces us to Katy. “Hello, I’ve got alcohol hands”, she says timidly, holding out her palm with a blob of hand gel. We stand around not really knowing what’s going on, people are walking in and out, no seats are available and there’s a guy in the corner playing a trumpet. Katy tries to work out what to do, but her soft voice is quite easily drowned out. Eventually she is sat down, the interview begins. “Keep it real quick yeah Katy?” her manager slips in.

“Festivals, festivals, festivals”, she explains when asked about her summer. “Glastonbury was great, Lounge on the Farm was really good; that was a nice smaller one”. It was quite clear to hear the festival season expressed in her voice; a breathy tiredness which epitomised a relentless summer for so many artists. “I’ve been to Ibiza which was great as well”, she continues. “One night I ended up playing at Space instead of Amnesia which was good fun. I’m really excited about tonight though. I like Creamfields because it’s specific to dance music, I can’t wait to engage with the crowd”. 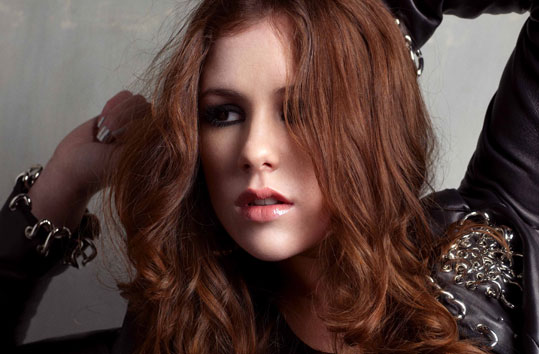 The festival environment however is far from her musical roots. Since the age of 16 Katy has frequented herself in the club scene, in both the partying and performing sense, which is evident in her highly acclaimed album, ‘On a Mission’. Her lyrics touch on the different elements of clubbing culture, from the highs and the lows, to falling in love with men and music. It was where she made her name, featuring with the likes of DJ NG and later Magnetic Man, until her breakthrough with the release of her debut single in August 2010. The dance and club scene has since become the habitat which she has made her own.

For this reason you could be forgiven if you thought that Katy found performing at festivals a contrasting experience, yet this is not the case. “I think it’s quite similar, like the kind of vibe going to a club or a festival is the same, people are there to enjoy themselves and get away from their everyday lives. The only difference is people are drunk at 3pm rather than 3am!” There’s a pause whilst her beautician vigorously applies some make up. “The first festival I went to was Glastonbury when I was 18, but I was actually there performing with Brit School, playing soul sets, Latin sets, African pop, kind of doing the graveyard shifts. But yeah, I’ve loved it ever since then”.

The more we spoke to Katy, the more I sensed how straight talking she is, again, something reflected in her music. No pretension, just honesty and personality, something of a rarity with popular music today. Her music though goes far beyond honest lyrics. It is down to artists like her that have shaped and evolved dance music into the genre that dominates modern charts.

Far from sticking to one genre, Katy B has added glamour and popular presence to the grimier sub-cultures of dance, a great achievement considering the miscellany of influences she has included in her album. From the house and funky grooves of ‘Power on Me’, to the raw dub-step of ‘Go Away’, she has managed to entwine various areas of dance into one succinct album. “I think the great thing about dance music is that it’s always changing and developing. That’s why I like writing dance music, you never know where it’s going to go; it’s exciting”.

Aside from making music Katy briefly considered acting when she was younger, destined it seems to eventually end up in the public limelight in one way or another. “I think when I was younger I wanted to do any kind of performing”, she explains. “I played the piano from a young age and always had some sort of activity going on”. Probably surprising to some, she even auditioned for the part of Hermione in the Harry Potter movies, though she is quick to put down the hype surrounding the speculation.  “When people say that to me like, ‘Oh my God just imagine?!’, I just think I was only one of 2000 girls, and didn’t even get through the first round so it was never really a case that it could of been me!”

And to be honest, all of us are glad. Katy B has emerged as one of the most exciting artists over the last year, effortlessly carrying with her a vibrant individuality which has set her apart from the auto-tuned robotics of modern pop.

For more info go to: katyonamission.com