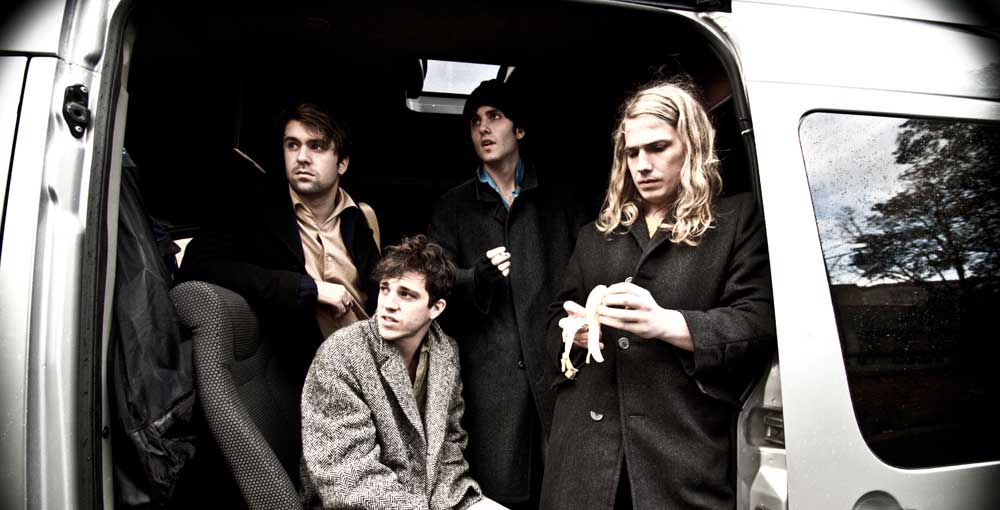 New band on the block The Vaccines have certainly hit the ground running with their highly acclaimed debut album ‘What Did You Expect From The Vaccines?’. We catch up with bass player Árni Hjörvar to talk about the band’s rapid rise, and the story behind new single, Norgaard… It’s a good’un!

You guys came into this year with a lot of expectation on your shoulders. Zane Lowe was quick to sing your praise with the release of ‘If You Wanna’, claiming it was the hottest record in the world at the time. How did you guys deal with the hype? I don’t think we’ve dealt with it in any way. The thing about this band is, before anyone had heard any of our material, even before Zane Lowe ever played it, we had already written every single thing that we put on the record so we didn’t have to write under any sort of pressure. We’ve had to grow as a live band under pressure, but we just focus on the task at hand and try to meet our own expectations rather than anyone else’s. We’ve done that so far and we’ll see how it goes for the rest of the year.

The album itself, ‘What Did You Expect From The Vaccines?’ is brilliant. Where did your inspirations come from? Thank you. We’re all fans of direct and instant music, whether that’s 80’s hardcore, 60’s pop or rockabilly. Generally music that is really straight to the point, with cleverly used clichés if you like. I don’t think the formula for pop songs has been perfected and I don’t think it ever will; therefore there’s space for people to experiment with it. It’s not necessarily what is played, it’s how it’s played..

The album has an interesting mix of tracks, no better epitomised than by comparing the first and last songs. Was it a conscious decision to include an array of different length tracks and sub-genres? Yeah, I don’t know how conscious it was to mix up styles necessarily, but I think we wanted to stay true to the songs. The songs sit where we want them to be, for example ‘Wreckin’ Bar’ is a song that doesn’t need to be any longer than it is, whereas ‘Family Friend’ is different, it’s slow paced, and a bit of a builder, so it needs five minutes to go where it wants to go. We weren’t really thinking about the concept of the record as such, we wanted it to be a collection of our best songs and these just happened to be our best tracks at the time. We find it quite funny when people have only listened to ‘Wreckin Bar’, and only see us as a punk band, which is true to an extent, but they haven’t heard the rest.

You have a new single out at the moment. Can you tell us a little about it? Yep the track is called ‘Norgaard’. It’s a song about a Danish model, called Norgaard! The story is that Justin went on a double date with a friend of his a long time ago. One of the girls on the date was Norgaard and when Justin went home alone, his friend got off with the two girls, so he wrote a slightly annoyed song about her. Funny thing is we’ve got a relationship with her now, because she was aware of this for a very long time. She came to see us in New York in January and ever since then she comes to our shows every once in a while. We even got her to be in the video for it. I think she’s very happy that someone decided to write a song about her, I think it does a lot for the ego of a model! 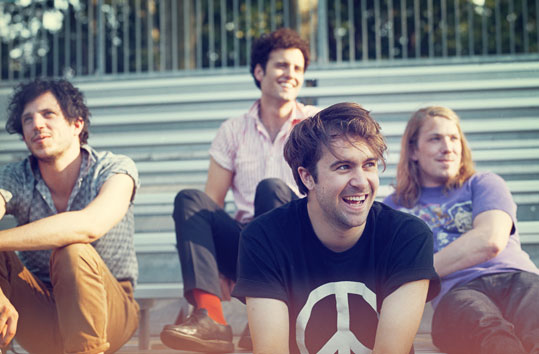 Are you guys working on a record for next year? Well our immediate plans have changed quite dramatically as we’ve had to cancel a lot of shows due to Justin’s health. It just means it gives us some more space to work on new material, so we’re definitely in that mindset at the moment, and we’ll keep doing that until we’re back on the road. So hopefully we’ll be able to debut quite a lot of new material in our headline tour very soon.

Obviously in recent years, there’s been a massive rise in electronic music and consequently it’s dominating the charts. Do you guys feel like you are flying the flag for guitar music? Absolutely there has. It’s a really valid question, but I just don’t think of it that way, and I don’t know who does so it’s really difficult to answer. I think guitar music, just like any other music is in its absolute prime at the moment, but you just have to search for it because there are so many amazing bands around; they’re just shying away from writing anything instantly accessible because pop has become a bad word, which I disagree with. Instead of flying the flag for guitar music we’re mostly just trying to write some good pop music, not being representatives of anything. The charts don’t bother me at all because they’re cyclical, they’re always dominated by something that’s hot, and after a while it’s been diluted so badly something else takes over. There’s always going to be something new and I’ve got no idea whether it’s going to be guitar music again but as long as there is some sort of regeneration in the charts I don’t care.

Music aside, how would you describe the personality of The Vaccines? Haha. Slightly neurotic. I think the whole band is slightly bi-polar.

Who would be the most likely to throw a tantrum? I think it depends on what time of day it is, or where we are in the world. I think it’s probably our tour manager, he shouts a lot every once in a while! The band generally doesn’t shout a lot though. We took inspiration from the Arctic Monkeys when we went on the road with them. They are super friendly, four albums in, have been doing it for years and years and are still best mates. It’s important to keep that element. I think we learnt to respect each other a bit more than we did a year ago.