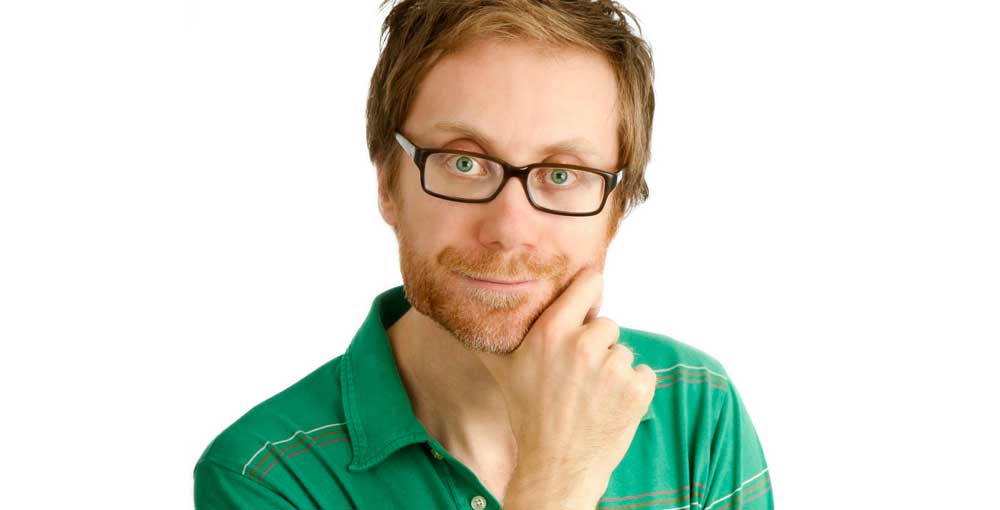 BAFTA Award winner in 2002, ‘03 and ‘04. Emmy and British Comedy Award winner in 2006, followed by a WGA Award in 2007, this man needs no introducing. With a new comedy series out in October, and about to embark on his first UK stand-up tour, we squeeze in a few minutes with the one and only Stephen Merchant. (Did I mention he was a Broadcasting Press Guild winner in 2002 and ‘03?)

To a lot of people you and Ricky Gervais come as a pair, possibly to your annoyance, I don’t know! But in the autumn of this year you are about to embark on your first UK stand-up tour, titled rather amusingly ‘Hello Ladies!’ Could you tell us a little about what the show entails? My life has always revolved around my hunt for a mate and the show explores every aspect of that, from teenage hopelessness to the time I got asked to leave a wedding. I also go into detail about what a woman can expect when we’re on a date. For instance: yes, I’ve made some money but I don’t see anything wrong with still going to Pizza Hut with a two-for-one voucher. What’s wrong with that? A lot of ladies think that’s stingey but they’re wrong. What they should be thinking is, ‘This is the man I should raise a family with because he’s sensible with his money’. Think about it, ladies. It’s Darwinian. You shouldn’t mate with the guy who splashes his cash at a Michelin-starred restaurant; you should mate with the man who cuts out discount vouchers from the paper!

What were your reasons for deciding to do stand up? Originally I did stand-up after I left university and I was a finalist in a few comedy competitions. I was good enough to get paid, I used to gig regularly, but somewhere along the line I lost interest. Once ‘The Office’ took off, it just seemed easier not to do it. I didn’t get enough of a kick from performing to warrant driving up and down the motorway to gigs, eating Ginsters in service stations at midnight. I used to look at Ricky doing stand-up and think, ‘Why’s he bothering? It’s so much effort.’ Then I just woke up one day and I had the itch again. I felt I’d never really nailed stand-up. So I started doing five or ten minute slots here and there and I’ve been pottering around the circuit for a few years now. This tour is the result of that itch.

Now as we all know you and Ricky have been working on a new comedy sitcom, ‘Life’s Too Short’, due to hit our screens very soon. Can you tell us what it’s all about? ‘Life’s Too Short’ follows the fortunes of the actor Warwick Davis, playing a fictional version of himself, as he contends with a divorce, a failing career, a giant tax bill and being only three foot six inches. Warwick is exceptional in it, great at comedy and drama, tremendous at physical comedy as well. He throws himself about with such abandon. I think people will be amazed at how good he is. We’ve used the fake documentary style again, because it’s so useful for comedy – it gives instant realism to every scene. And famous faces again pop up in it, including Liam Neeson and Sting. 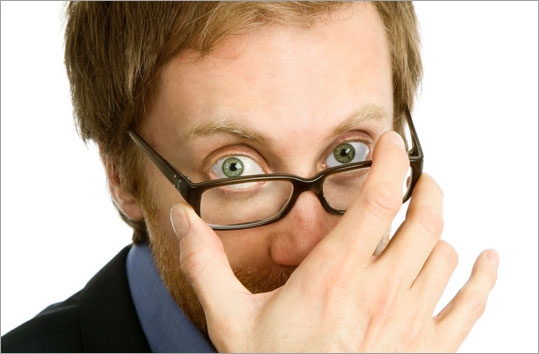 Ricky has promised that it will be his funniest work yet. How would you say your views compare? I’ll let you decide that – but there are certainly a lot of very funny scenes in it. We were laughing out loud on set, particularly at Warwick’s physical antics. He had to climb up a bookcase at one point, which had us crying.

As with ‘Extras’, there are to be quite a few celebrity appearances, from big A-lister Johnny Depp, to the not so glamorous Keith Chegwin. How do you go about choosing the celebrities you want for the various episodes? Normally it stems from an idea we have for a particular sketch and then we start thinking about who would be the most interesting person to appear in it. So for instance someone like Liam Neeson is so sincere on screen that it’s fun to play with that image and have him saying absurd things in that incredibly earnest, deep voice he has.

It’s common knowledge that Jonny Depp prefers to not watch himself on the big screen, or indeed at all! Apparently if he could brush his teeth without a mirror he would. Did you notice any other weird habits of his, or any sneaky peeks of him secretly looking at himself? No, and even if I did I wouldn’t tell you! Johnny was amazing, a gentleman. He totally threw himself into it and was happy to make a fool of himself. He did a lot of very funny improvisation. There’s a simple reason why he’s one of the world’s biggest movie stars: it’s because he’s brilliant.

Now an obvious observation one could make would be the colossal difference in height between you and Warwick Davis. How did you find it working with someone so much shorter than yourself? In an odd way I can relate to Warwick because I’ve also spent my life with people commenting on my size. It’s something else I discuss in the stand-up show. Being very small or very tall impacts on the way people react to you. And like Warwick, I have difficulty with everyday objects in a different way. I can’t fit in certain cars, beds, clothes. It’s a living hell. 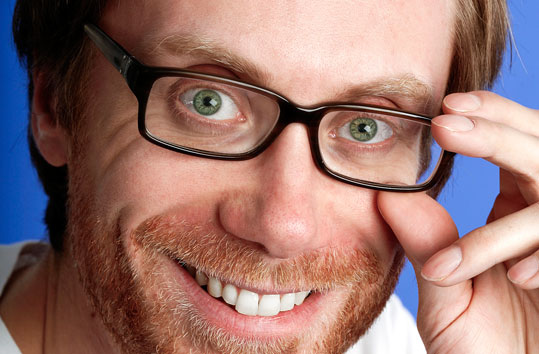 Obviously ‘The Ricky Gervais Show’ and ‘An Idiot Abroad’ have been massive hits, due in part to the popularity of Karl Pilkington. Is he really an idiot? I don’t think so. If he’s an idiot then why do so many people relate to what he says? He has a unique take on the world and he’s very honest about what he feels about stuff. He’s not classically educated – he only got one GCSE, a D in history I think – but he stumbles across wisdom in his own way. We were talking once about how someone like Calum Best is only famous because of who his dad was. And Karl said “You could say the same about Jesus.” He’s absolutely right.

Are there any more projects with him in the pipeline? There’s a second series of ‘An Idiot Abroad’, which starts very soon. This time we’ve made him choose a bucket list – things to do before you die – and so he does things like travel to Alaska to whale-watch and to Australia to swim with dolphins. Of course, we’ve meddled a little as usual, so in Alaska he’s not on a luxury cruise ship, he’s on a working fishing trawler chopping live bait. And the dolphins turn out to be sharks. Business as usual basically.

Having been at university yourself, what advice do you have for our readers who are just about to start student life? Enjoy it but don’t just spend all your time in the bar. When I was at uni I made short films, hosted a radio show and performed at the Edinburgh festival. You’ll never have that much free time again, so take advantage of it. Build up your CV. It will make life so much easier once you’re out in the real world.

For tickets to Stephen’s ‘Hello Ladies’ tour go to: livenation.co.uk
The new series ‘Life’s Too Short’ will be aired on BBC2 in October 2011