Ben Howard is an artist who’s growing stature in the music industry has seen him recruit an ever growing and loyal fan base. Following the release of his debut album, ‘Every Kingdom’, the young folk singer has taken to the road this year, touring across much of Europe, the United States and back here in the UK. We caught up with him to discuss the influences of living in the country, his passion for travelling and the making of the ‘Keep Your Head Up’ music video.

Hi Ben, how are you?
Yeah, alright. I’ve had a lovely day, been swimming. So yeah, happy!

Must be nice being able to fit in a little swim whilst your touring?!
Yeah it’s been really nice actually, we’ve been on a bus for the first time so we get a whole day in each place we go to. They’ve got a really nice campus here so we’ve just been using the facilities.

Taking advantage of it?
Yep!

So you’ve got quite a busy 2012 lined up; you’re halfway through your UK tour at the moment, then you’re off to the States, and Europe as well! You must be quite excited about what’s coming up…
Yeah, really excited. The whole year is pretty hectic, we’ve just announced dates in November for UK as well, which is so far in the future. It’s amazing that tickets have nearly gone for a lot of those shows; it’s been a bizarre year to be honest, it’s been amazing. I can’t wait to get to America, I think we might be going to Australia at some point as well, so it’s going to be busy!

It won’t be the first time that you’ve played in America, I read somewhere you were travelling the road on your own a few years back, playing a few shows…
Yeah that was a while ago, never did that much to be honest, so these will be the first proper shows we’ll be doing over there. We’re hitting the east coast, then the west coast over summer. We’re really excited about the states. As a musician it’s definitely the holy grail to be able to go on tour there.

A Guardian journalist wrote last year that your live performances are, “Less like gigs, more like prayers meetings”, which  I thought was quite a nice analogy! Is that something that you try and achieve, like a real good connection with the crowd?
Erm… I don’t know! We’ve always been blessed with the people that have come to our shows. It’s funny I remember when they said that! We haven’t got a whole religious thing going on though! People just seem to buzz off it and I think when the crowd gets going it gives us a lot of energy as well. My favourite thing is to play live and immerse myself in it, so to be able to feed off other people’s energy is really cool. But yeah, we are really blessed, like when we play quiet people are quiet and listen, which as a musician is a real privilege. I know that doesn’t happen to a lot of people, so we’re definitely pretty blessed in that respect.

So, you were born in London and moved to Devon. Do you think the surroundings with which you grew up in and being able to experience the quieter things in life, has helped you musically or helped your sound in any way?
Yeah, it’s that whole influence thing. I think subconsciously you’re always influenced by it. I don’t know if it’s had direct input on my music. We’ve banned tree references for the next record and stuff like that, I’m not allowed to talk about ‘hippy stuff’ anymore and being in the countryside and in the sea. But I think it gives you a better outlook; a lot of my friends back home think about loads of stuff which most people don’t think about. We’re always in the same mindset and always have pretty interesting chats. There’s a ton of space down there, not with loads going on but you’re always surrounded by good people. My songs are mostly about people rather than anything else, so that’s had a huge impact; the people who have been around me while I’ve been growing up.

I’ve got to talk about the music video for, ‘Keep Your Head Up’. That looked like it was a hell of a lot of fun to film!
Yeah, it was! Really fun, they were a good few days. It took us a while to build it. Micky over there was shooting it! (Points to Micky) Good job! Yeah well done Mickster! We had a really good time of it to be honest, although it was more hard work than it looked in the video. We went on tour afterwards, really tired, bruised and battered!

Shifted a lot of hay bales then?
Shifted a hell of a lot of hay bales! I think we got about 300 off the farmer in the end. When he dropped them off, we were like, “Oh sh*t, that is a lot of hay”. But for me, it was nice to poke fun at ourselves as well because last year we got dropped in that whole, singer-songwriter from Devon, acoustic, countryside, folk musician and all this sort of stuff. We tried to make the beginning as cheesy as possible and then go into a massive water slide and that was the whole point of it, to have fun. I think too many people take themselves far too seriously in music and I’m definitely not one of them. It’s good to able to laugh at yourself sometimes and obviously to be able to build a massive waterslide and go down it was great fun. 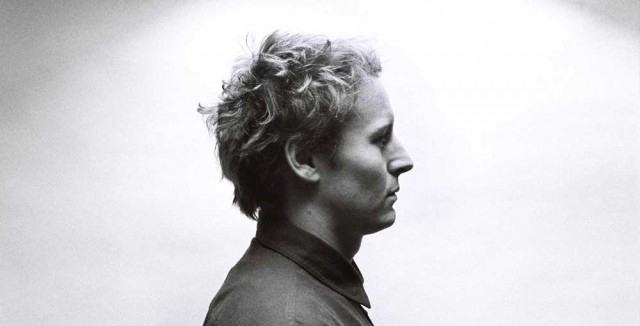 Did you explain to the farmer what you were using the hay bales for?
Yeah we didn’t tell him the full extent. We ruined quite a lot of bales, but it was quite nice because we bought them off him and gave them back for free. The people on the land at first were like, “What the hell is going on?!” After a while they were pretty cool with it though; they were quite happy that we were shooting a music video in Dartington.

So, you’ve been surfing for as long as you’ve played music. Has music started to get in the way of it?
Definitely yeah! I don’t get in the sea as much. But we got in the water the other day on the east coast. It’s a funny one, you spend a lot of time drinking and smoking on tour so it takes a while to get fit enough to go in the sea again. I always end up dropping in the sea when I’m so unfit and haven’t surfed for a month; all the boys are loving it and I’m just going, “Ahhhhh!” It has dragged me away a bit, but I still make excuses to get in there.

Do you take a board on tour with you?
I did on this one actually yeah, we knew we were going to get a couple of waves. They are usually two completely separate things for me but with this one we have a lot of free time, so it’s quite nice. Like today, we went swimming; I went swimming in the sea at Brighton; we got a little surf up north as well, which was cool.

We’ve had a lot of interest on Facebook in regards to asking you questions. A lot of male attention I have to say and the one female entry was probably a little inappropriate!
Haha, I’m appealing to the wrong audience here!

I’ll start off with one from Nicholas. He asks, “Where would your ideal holiday be?”
I like to go to slightly trippy places that will challenge you a little bit. One of the best trips I did recently was Senegal, that was cool. We did two weeks out there. Any free time I get I go away. I went to Morocco over Christmas as well. But, an ideal place… I’d love to go to India again. I went there when I was younger and would love to go back there. If I had a solid amount of time I’d go back there for a long time. It’s totally trippy! Craziest place on the planet if you’re from England.

I quite like this question. Jonny asks, “What would your signature Ben & Jerry’s ice cream be if you could create one?”
That’s quite a tough one! Some sort of raspberry ice cream I reckon. I’ve never seen a Ben & Jerry’s raspberry one… It’s a tricky one, I’m only thinking of the ones that are already existing! I like honeycomb. Maybe a twist on that…

One final question from Facebook. Giordano asks, “Favourite moment of 2011?”
Wow, 2011 was pretty eclectic. We had a great tour of the Highlands, there were a couple of moments there which are in my favourites. It was like nearly being on the moon and wondering how on earth we got there! There were a couple of festivals as well, I’ve said it before but Green Man really stood out for me as a great moment for all of us. Musically and vibe-wise it all seemed to come together for that show and we had a really good night. Actually, the first day of Bestival! We got absolutely annihilated and it was one of my funniest days of last year. Me, India (band member), India’s boyfriend and my girlfriend at the time went absolutely wild and did things we shouldn’t have done!

Did you have to perform as well?
Yeah, we did the next day. It was a pretty full-on experience performing, I had the worst hangover ever! That weekend really took it out of us, it was a big blow out at the end of summer.

Just let it all go!
Yeah, you’ve got to get smashed sometimes!

So, finally, are there any plans for a new album or record that you’re working on at the moment?
We’re working on a few songs that I want to record soon, I don’t think it will be a full album but more like an extended EP. I don’t think the album will be until next year, with touring and everything. The EP though means we’ve got new tunes to play which keeps it fresh for us. So that’s what’s in the pipeline, a lot of electric guitar actually!

Nice! Well good luck for 2012, it’s been good talking to you.
Cheers, thanks for having me.

For more information about Ben and his tour visit: www.benhowardmusic.co.uk