Lee Nelson is the cheeky, chavtastic star of breakthrough BBC Three comedy series, ‘Lee Nelson’s Well Good Show’. Moving away from our television screens, at least for while, the sarfff Landan (south London) lad has been touring around the ‘crap towns’ of the UK on his critically acclaimed sell-out debut tour. You guessed it, he’s called it, ‘Lee Nelson’s Well Good Tour’. We caught up with him to discuss a few serious matters, obviously….

Wicked, so are you touring at the moment?
I’m on tour around the UK right now, I’m loving it. The reception’s been amazing. I’m well lucky I’m with Orange.

I see you’ve got a couple of buddies joining you on this one….
Just one actually! Although omelette’s so fat you might think he was two.

Any funny stories we can hear about?
It’s just one big party, travelling around the country performing in loads of crap towns. We’ve even got a tour bus. I drive, Omelette does directions – it’s Fat Nav! 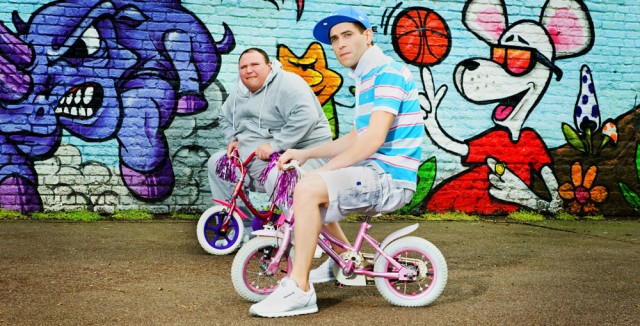 Your BBC series has obviously been successful. Have you got another series or any other TV projects lined up?
Yeah, we was most watched show on iPlayer, although I got to admit I had a team of Filipino kids clicking away on some stolen laptops. It’s looking good for more TV. We’re in talk’s right now with the BBC which is well exciting, although I ain’t turned up to a lot of the meetings. Keep checking out my Facebook and Twitter.

How did you first get into comedy then?
I used to send in funny clips to the BBC of me and my best mate and fat legend Omelette messing about. Like one where I broke in to Omelette’s flat at three in the morning, cling-filmed him to his bed, and shoved an entire box of crunchy nut cornflakes in his gob. It was funny coz he’s got a nut allergy.

Have you ever done the dirty on someone to get to the top?
Not really, I mean I once bottled someone but nothing too out of order.

Have you got any weird habits the people should know about?
I’m going to release a sex tape soon so you’ll find out.

Nice. What are your thoughts on students?
I got love for everyone. Personally, I didn’t really have a good time at school – they were the worst three days of my life! 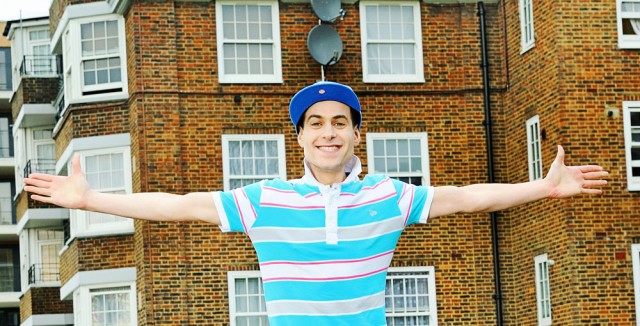 A well-behaved student then?!
Nah, I got kicked out of school for slashing the headmaster’s tyres. It was well funny – he was stuck in his wheelchair for half an hour!

You’re a big fan of baseball caps. What’s your favourite?
The one on my head right now – it’s got an eight under it!

So finally, the world is supposedly going to end this year, what would your final words be?
Do you mind if I try it in there babe?